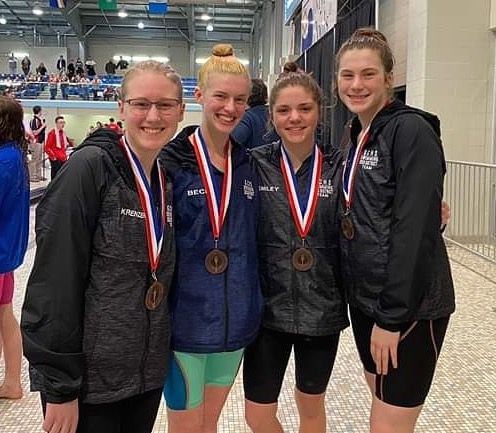 Grove City’s Rebecca Krenzer, Zoey Beck, Aleana Smiley and Amanda McNabb are among Mercer County area swimmers who will miss out on a chance for state medals if the PIAA eventually cancels the 2A championships. 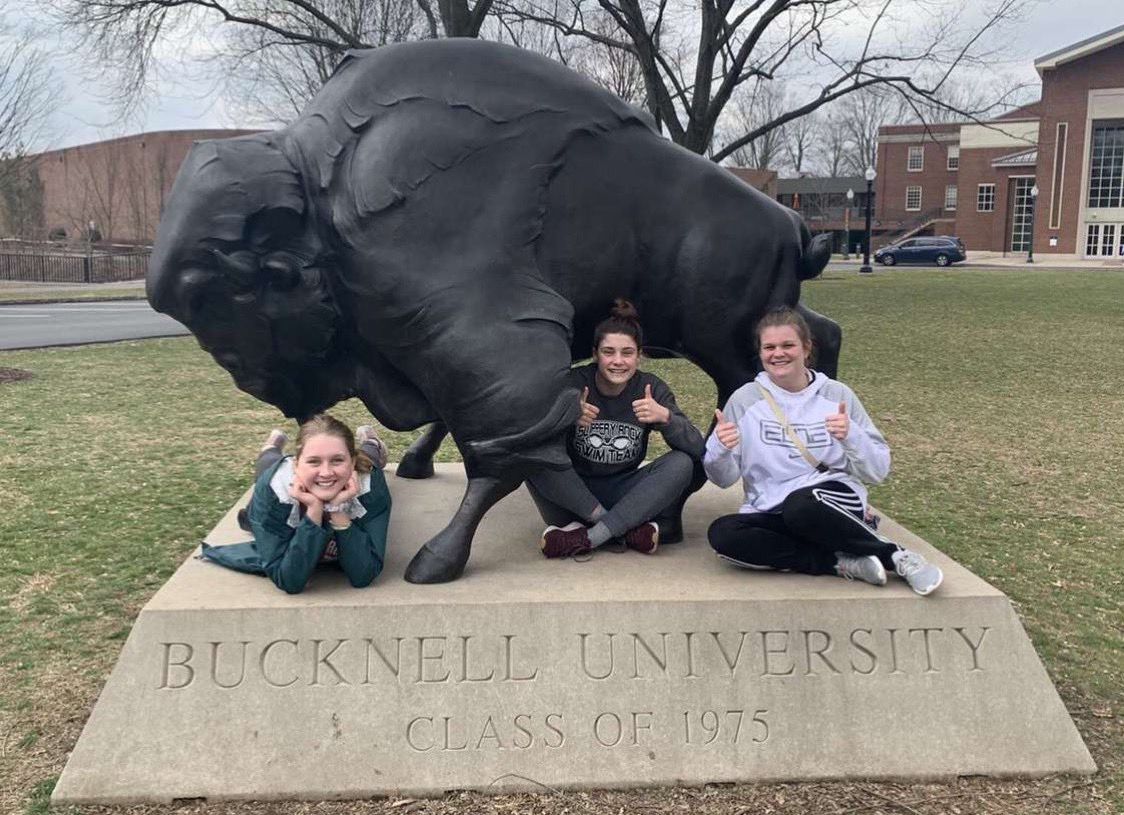 Grove City’s Rebecca Krenzer, Zoey Beck, Aleana Smiley and Amanda McNabb are among Mercer County area swimmers who will miss out on a chance for state medals if the PIAA eventually cancels the 2A championships.

It might be time for the PIAA to cut its losses and cancel its 2A state swimming championships.

Yeah, you read that right!

After a nearly 3-week hiatus and at least another however long wait thanks to Govenor Tom Wolf’s indefinite shutdown of Pennsylvania’s schools, a pair of veteran swimming coaches — Grove City’s Karen Wendelschaefer and Slippery Rock’s Kirby Burns — said it’s time for the PIAA to quit stringing along its small-school swimmers and put an end to the season.

“When we got the word (of the initial postponent), we were 10 minutes (away from Bucknell University where the PIAA Swimming and Diving Championships are held) and I knew it was a game changer,” said Wendelschaefer, who is the vice-president of the Pennsylvania High School Swim Coaches Association. “At this point, we’ve come to the realization that it’s just not going to happen.

“I just wish the PIAA would make the decision. The Olympics have been postponed to next year.

“NCAAs are canceled. I think it’s in the best interests of the PIAA to just close it and start focusing on next year and what it could be.”

“It would be for the best especially since they haven’t swam at all (in 3 weeks),” Burns said.

“It would be impossible to compare any results with what the kid is capable of unless you gave them 6 weeks (to prepare), but at that point, you’re well into the summer. It’s a sad reality, but we’ve got to do what’s best to get through this thing. (The PIAA is) making the decisions and we just have to roll with it, but most of us swim coaches realize that there’s no way for them to resurrect this.”

Unlike other athletes, staying in sport-specific shape is a tricky proposition for a swimmer. Basketball players can practice on their own in their driveways or at a local park, while spring athletes can run various trails or roadways or practice form fundamentals in their backyards.

Unless there’s a decent private indoor pool around, swimmers are out of luck.

“All the pools are closed and you can do some dry-land conditioning,” Burn said. “That’s where swimmers are unique, because you can’t simulate swimming without swimming very easily. There’s nothing available for them to swim in unless the kid has their own pool.”

So best case scenario, swimmers — who have qualified for the 2A championships — will have spent 2 months out of the pool before they can even start to practice again and would potentially have to get back into championship form in a few short weeks.

“For swimmers when you’re out of the water for 3 days, literally 40 percent of what you’ve worked for is gone,” Wendelschaefer said. “We’re going into months now and have surpassed the time where they’d be successful.

“For the sprint events, they wouldn’t be anywhere near where they’re capable of doing after a couple of weeks (of practice), but they’d definitely be able to compete. The real problem lies with the 200 and 500 where these kids train hours upon hours for those distance events.”

With the PIAA not even discussing a cancelation during its Monday afternoon meeting, there’s still a glimmer of hope Grove City’s state qualifiers Zoey Beck, Rebecca Krenzer, Amanda McNabb, Carlie Reynolds and Aleana Smiley and Slippery Rock’s Grace Olshanski will get their time to shine at the state championships.

“For us if it did happen, the angle we’d take would be to just have fun and seize the opportunity to just compete,” Wendelschaefer said. “For these kids just making it and being part of something so special is huge. This is something they’ve worked all year for. To get back there and be around other athletes in the same boat would be an awesome experience.”

Making the resumption of the swimming championships even more complicated is the state’s colleges and universities shutting down over concerns of spreading the virus.

“Could they even find a pool,” Burns wondered. “The universities are all shut down for the semester and all their workers are students, so I’m not sure.”

With there being no documented proof of Covid-19 being transmitted through pools, Wendelschaefer said the real danger would be the swimmer breathing on each other while swimming in their respective lanes.

“It’s not transmittable in water,” said Wendelschaefer, who is the full-time aquatics director at the Grove City YMCA. “The concern is them being so close to one another and the breathing aspect is where it would be transmitted.

“If there were less than 10 kids and they’re spread out, that’s a different story. There’s so much risk and so much unknown to (the virus), but you cannot get it through chlorinated water.”