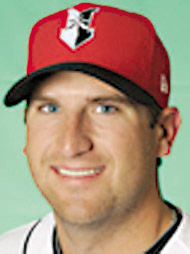 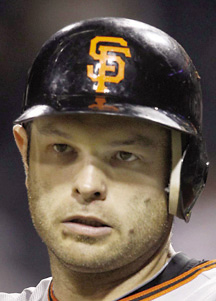 PITTSBURGH - Pirates pitching prospect Brad Lincoln may make his major league debut in Washington after all. Just not against the Nationals’ much-touted Stephen Strasburg.

Pirates general manager Neal Huntington says Lincoln might be called up to start Wednesday against the Nationals, a night after Strasburg makes his anticipated debut.

Lincoln says he would welcome opposing Strasburg, but the Pirates appear reluctant to pitch him under such circumstances. Only last week, Huntington hinted Lincoln wasn’t ready to be recalled.

PITTSBURGH - This was one doubleheader Freddy Sanchez didn’t mind playing.

Despite not finishing a rain-delayed Giants-Pirates game until nearly 12:30 a.m. Saturday, the Giants second baseman took part later that afternoon in a game for special needs youngsters at a specially constructed field he helped finance.

Sanchez, while with the Pirates, and wife Alissa donated $50,000 to help build the Miracle Field in Cranberry Township. The Pirates’ charitable arm contributed $150,000.

The field accommodates youngsters who couldn’t otherwise play organized baseball, and Sanchez didn’t want to miss playing there since the Giants make only one trip to Pittsburgh this season.

“That was awesome, that was great. That was a special time for me,” Sanchez said. “It was fun, seeing the smiles on the kids faces and their parents’. That means more than anything.”

Sanchez, the 2006 NL batting champion while with Pittsburgh, was traded to the Giants in July.