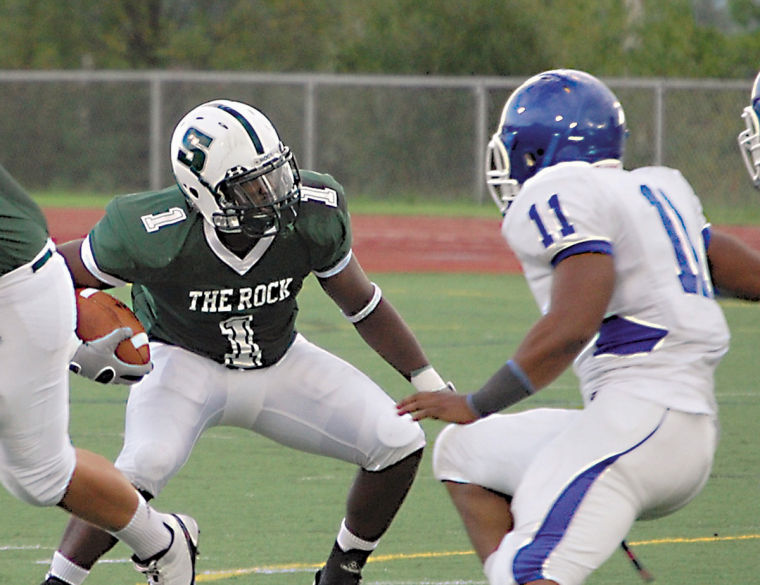 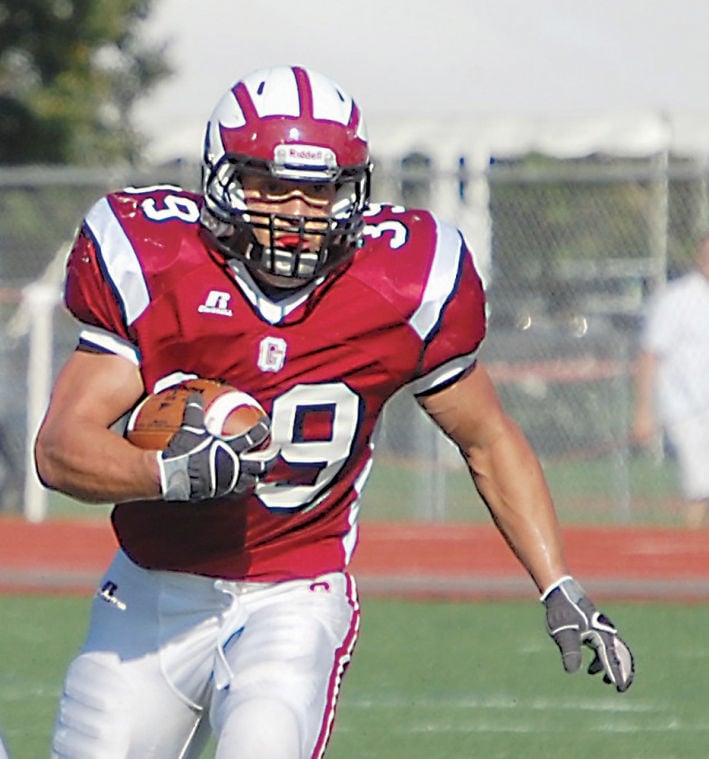 Tough tests await both of the area’s college football teams today as they hit the road for a pair of conference showdowns.

Slippery Rock looks to remain perfect in the Pennsylvania State Athletic Conference and, to do so, head coach Dr. George Mihalik’s squad will have to top Edinboro for the second straight year. The teams kick things off at 2 p.m. at Sox-Harrison Stadium in Edinboro.

Meanwhile, Grove City faces its biggest test of the season as the Wolverines travel to Thomas More to take on the unbeaten Saints. Head coach Chris Smith’s Wolverines are still in search of their first win of the season after a rough start and will have to top the powerful Saints to get it.

Thomas More has taken the Presidents’ Athletic Conference by storm since joining not too long ago, winning each of the last three league titles. The Wolverines, however, have had plenty of time to scout and prepare for the Saints as they come off their only bye week of the 2011 campaign.

Here’s a quick look at each of the matchups:

Already having posted wins over PSAC-West Division rivals Indiana and Clarion, Mihalik’s team could set itself up in good shape for the rest of the fall with a win over the Fighting Scots.

Slippery Rock posted a 28-14 win over Edinboro lin 2010 as then-freshman quarterback Cody Harris made his sixth collegiate start after taking over for his brother, Trevor.

The Fighting Scots of sixth-year head coach Scott Browning are coming off their first loss of the season, a 19-0 setback to Indiana (Pa.), a team Slippery Rock topped 20-6 a week earlier.

Harris is again at quarterback for Edinboro, while the trio of Drew Harrell, Brian Davis and D’Andrea Vaughn primarily handle rushing chores. The three together have ran for a collective 847 yards and 9 touchdowns.

Last week for Slippery Rock in the 27-13 win over Clarion, senior Cody Endres had his coming out party since taking the reins of the team’s offense. Endres, who transfered from Connecticut, tossed for 304 yards and three touchdowns on 26 completions to seven different Rock receivers.

The other games on tap today in the PSAC are: Indiana (Pa.) at Mercyhurst; C.W. Post at Millersville; West Chester at Shippensburg; East Stroudsburg at Kutztown; Lock Haven at Clarion; Cheyney at Bloomsburg; and Gannon at California (Pa.).

Smith’s squad answered an early touchdown by Thomas More with one of its own with about 5 minutes remaining the the opening quarter. In the second stanza, Grove City defensive tackle Marcus Chakot, now a senior, brought down Saints’ running back Domonique Hayden in the end zone for a safety that put the Wolverines up 9-7.

Thomas More, though, went on to score the game’s next 10 points. Grove City had a shot at potentially tying the game near the midway mark of the third frame. The Wolverines drove all the way to the Saints’ 5-yard line, but a pass by Grove City quarterback Zach Gross was intercepted by Thomas More, who would then add another pair of touchdowns in the game’s final 19 minutes to put the score at the final tally.

What was perhaps most surprising in the loss was Grove City’s ability to hold the Saints, who had entered the tilt averaging almost 250 yards a contest through the running game, to just 111 rushing yards.

This season, the Wolverines are 0-4. Three of those losses, though, have been by less than a touchdown.

Smith said the Wolverines planned to use the week off to get some players healthy for a run a Thomas More.

The Saints, who are 4-0 and play in the Cincinnati suburb Crestview Hills, Ky., have topped their 2011 opponents by a combined 170-58. Their last three wins have each been over PAC competition, with only Washington and Jefferson coming close to knocking off head coach Jim Hilvert’s squad in a 35-32 Saints’ win on Sept. 24.

Thomas More is led by junior quarterback Robert Kues, who has completed 71 of his 106 passing attempts for 894 yards and 9 TDs. Hayden, a sophomore, has rushed for 192 yards and eight TDs on just 34 attempts for an average of 5.6 yards a jaunt. Sophomore defensive back Alex Taylor leads the team in tackling, while junior defensive back Zach Autenrieb has pilfered a pair of passes.

Grove City will likely again look to sophomore quarterback Brian Pell as senior Clayton Hall is recovering from a knee injury suffered in the loss to Westminster. Pell has seen action in all four games and made his first start of the year in Sept. 24’s 32-26 setback to Waynesburg. The quarterback, who matriculated to the Wolverines after his high school days in Illinois, completed 13 of his 28 passes for 169 yards and an interception in the loss.

Other games on the docket today in the PAC are: Washington and Jefferson at St. Vincent; Geneva at Waynesburg; and Westminster at Bethany. Thiel has the week off.