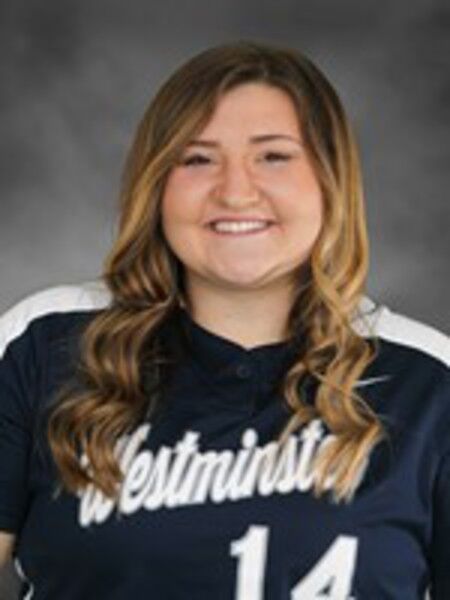 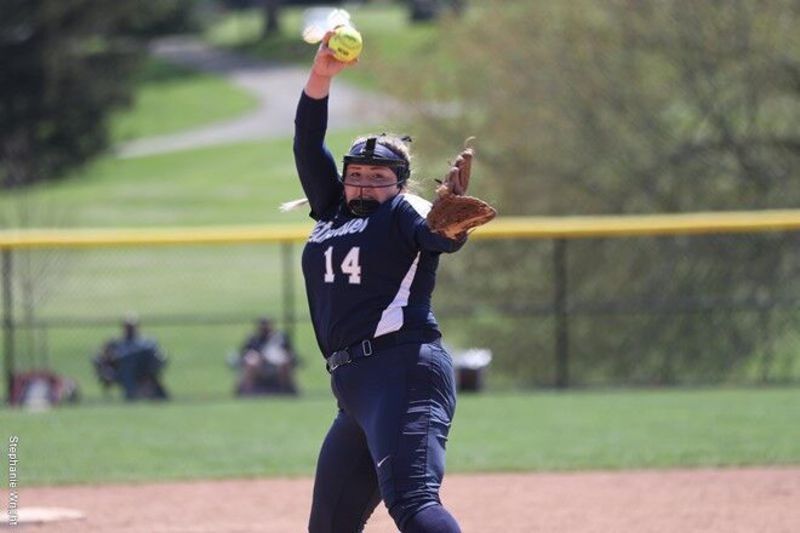 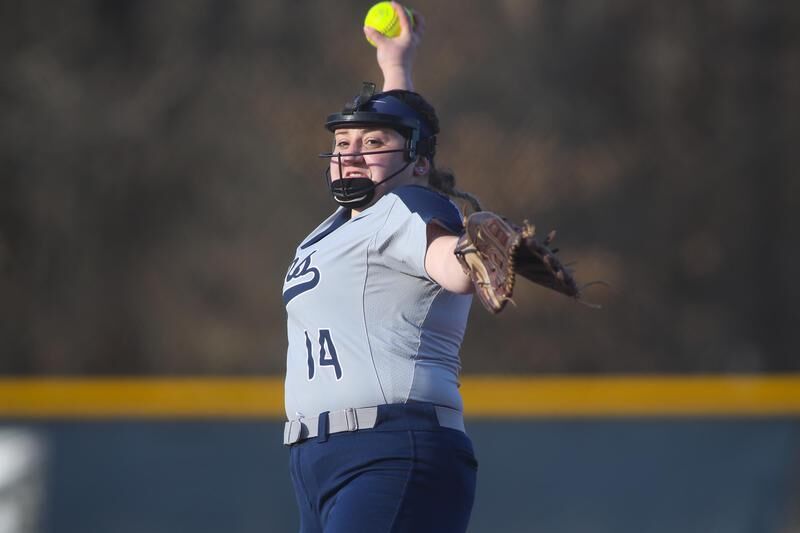 Plain and simple, Lizzie Malczak is a winner.

After three region titles and a District 10 championship with the Grove City High School softball team, Malczak helped the Westminster Titans to a program-record 33 wins this spring in her first collegiate season.

"It definitely is exciting every time we walk off the field with a win," she admitted. "It definitely never gets old. It shows that we're meshing and bonding as a team and doing good together. There's never any drama. We're striving to get better every time we're on the field and still love each other off the field. All of that ends up coming together and works out for the best."

The former Eagles ace burst onto the collegiate scene in 2021, winning Presidents' Athletic Conference Rookie of the Week honors twice in March.

In securing the March 15 award, she jumpstarted her college career in the circle by winning three straight games, striking out 15 batters in 16 innings. She was just as deadly at the plate, going .417 (5 for 12) with a home run, five RBIs and a four runs scored in her first week of college softball.

Two weeks later, Malczak went 2-0 with an 0.64 ERA, while striking out nine and scattering 11 hits over 11 innings pitched to take home the March 31 award.

"I was excited to receive them, but I couldn't have done it without the support of my coaches, my teammates, my friends and family," she said. "They were pushing me to be better every day in practice. They were always so supportive no matter what."

For the season, the daughter of Valarie and Joshua Malczak went 15-2 and had 14 complete games in 19 appearances (16 starts) with two saves. She struck out 60 batters, allowed 107 hits and walked 14 batters in 101 innings, while finishing with a 2.15 ERA.

"It was a pretty good year for me after not having my senior year in high school. I had to pick it up in the summer and in the fall and had to work super hard," Malczak said. "All the pitchers pushed me so hard to do better and be better, so I could perform better for the team."

"It was pretty good," Malczak said of her performance at the plate as a freshman. "Again, it goes back to working hard with my teammates all season and eventually, it worked out in the end."

The early childhood education/special education major was just as good in the classroom this past year, earning PAC Honor Roll honors for the Spring semester.

"I was very excited," Malczak said. "Honestly, it was a lot of work, because I changed my major this spring. I didn't know how much work would come from that. Juggling softball and my schoolwork was definitely a lot, but I had good support system around me. I was able to find a nice balance between school and softball."

With all that said, Malczak's first year in college went even better than she thought it would.

"Honestly, it was surprisingly good," she said. "It was very pleasing and went above and beyond my expectations.

"I didn't know what to expect, especially coming off a COVID year. I didn't know how making new friends would go. I didn't know how softball would go, but after the first month or so, I really got into the swing of things. I got really close with my roommate and the softball team was just so welcoming. It was definitely worth all the hard work that I put into it."

Despite all the magical moments of her freshman campaign at Westminster, Malczak was robbed of her scholastic swan song with the Eagles last spring.

"It was heart crushing," she admitted. "Senior year is the year everybody looks forward to for their entire life and having that taken away because of a virus was very disappointing. I had worked so hard and we as a team had worked so hard to see what was going to come for us (last year), so that was kind of crushing.

"But it gave us all the more reason to work harder for the next season. For me going into college, I couldn't stop working and let it hold me back. I was able to come out of that stronger."