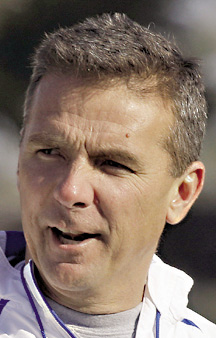 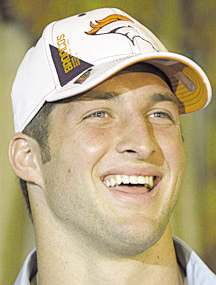 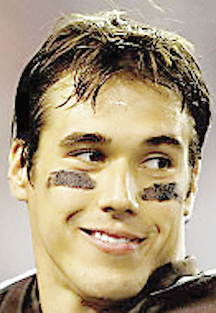 CLEVELAND - NOVEMBER 6: Quarterback Brady Quinn #10 of the Cleveland Browns passes the football on the sidelines against the Denver Broncos at Cleveland Browns Stadium on November 6, 2008 in Cleveland, Ohio. The Broncos defeated the Browns 34-30. (Photo by Scott Boehm/Getty Images) Original Filename: 83768999.jpg 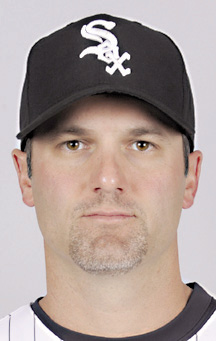 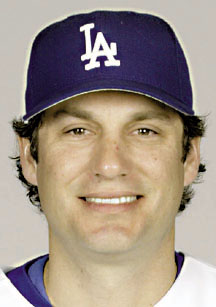 CLEVELAND - NOVEMBER 6: Quarterback Brady Quinn #10 of the Cleveland Browns passes the football on the sidelines against the Denver Broncos at Cleveland Browns Stadium on November 6, 2008 in Cleveland, Ohio. The Broncos defeated the Browns 34-30. (Photo by Scott Boehm/Getty Images) Original Filename: 83768999.jpg

Urban Meyer’s been away from coaching for only about 10 months and change. Rumors, however, are already starting to circulate the former Florida coach wants back into college football with one particularly interesting landing spot in Penn State.

A Columbus-based sports website reported Meyer met in September with Penn State brass to discuss taking over for the 84-year-old Joe Paterno. Meyer, who resigned at Florida after six seasons with the Gators and two Bowl Championship Series titles, denied any such meeting.

“I have to show respect for coaches that have jobs,” Meyer told the St. Petersburg Times. “Most of the programs have coaches. When rumors are out there - last week, a guy hit me with something, ‘Did you meet with so and so?’ Of course not. I don’t know how those things get printed, just ‘Source says.’ Who’s your source? A guy walking down the street? Those things bother me, but it comes with the job, I guess.”

Meyer has been working as an analyst for ESPN and was recently in State College to broadcast a game for the network. Paterno has not said if he intends to step down, but speculation has always been his successor would be someone on his staff or someone close to the program.

Tim Tebow is getting another chance to be the starting quarterback for the NFL’s Denver Broncos, but he’ll have to wait a week.

The Broncos, who are enjoying a bye week after starting the season 1-4 behind quarterback Kyle Orton, have named Tebow the starter despite critics reiterating over and over Tebow doesn’t have the talent to play the position in the league.

Lost in the mix in the whole mess in Denver has been ex-Cleveland Browns and Notre Dame quarterback Brady Quinn, who began the campaign as the team’s second-string signal-caller. Quinn has yet to take a snap with the Broncos since joining the team in 2010.

In another report this week, Quinn left after last Sunday’s loss to San Diego to be with his girlfriend, U.S. Olympic gymnast Alicia Sacramone. The 2008 silver medal winner had surgery after rupturing her Achilles tendon and gave Quinn the “best boyfriend award” via Twitter.

13 - The seasons MLB first baseman Paul Konerko has spent with the Chicago White Sox, helping to lead the team to it World Series win in 2005 and quietly becoming one of the franchise’s all-time greatest players.

White Sox general manager Kenny Williams admitted this week he had considered Konerko as a replacement for Ozzie Guillen. The outspoken Guillen left the White Sox the last week of the season after eight years to become the manager of the Florida Marlins.

“It was considered long enough for me to realize Paul is a very cerebral person and he probably would drive himself nuts right now playing and managing at the same time,” Williams said. “But that’s the kind of respect I have for him that, yeah, I did consider it.”

Williams and the White Sox instead opted to name former MLB star Robin Ventura as Guillen’s replacement. Konerko, 35, would have become the first player-manager - once a fixture of the game - since Pete Rose took on the task from 1984 to 1986 with Cincinnati.

By Patrick Connelly, Allied News sports editor. Images by The Associated Press and MLB. Follow the sports department of The Allied News on Twitter at twitter.com/AlliedSports.