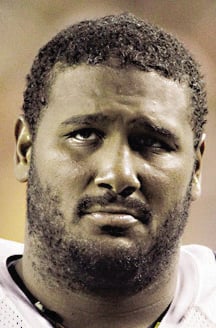 FILE - This Aug. 29, 2010, file photo shows Pittsburgh Steelers offensive tackle Max Starks during the second half of a preseason NFL football game in Denver. Starks needs surgery to repair a disc injury in his neck and will miss the rest of the season. (AP Photo/Jack Dempsey, File) 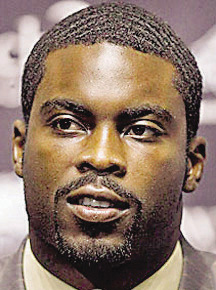 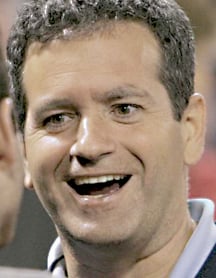 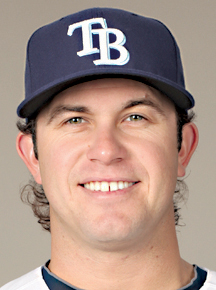 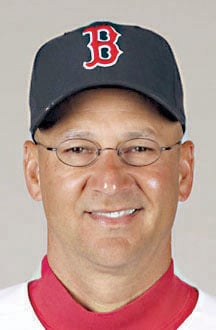 FILE - This Aug. 29, 2010, file photo shows Pittsburgh Steelers offensive tackle Max Starks during the second half of a preseason NFL football game in Denver. Starks needs surgery to repair a disc injury in his neck and will miss the rest of the season. (AP Photo/Jack Dempsey, File)

The Pittsburgh Steelers' offensive line has had its struggles to start the 2011 season and it depth shortened by injuries. To stop the bleeding, so to speak, the team re-signed former lineman Max Starks, who returns to the Steelers about seven weeks after being cut.

“It was good to see everybody and everybody was happy to see me,” Starks told the team's website. “It was like old times. There are a lot of old faces and some new faces. It’s comfortable and it’s home. I am happy to be back.”

As part of the move, the Steelers cut lineman Chris Scott. Starks, 29, had been working out on his own since his release in training camp and said he is at the same weight as last season.

- The blessing and the curse

The self-anointed “Dream Team” is no more in Philadelphia, according to Eagles quarterback Michael Vick. After a 1-3 start and a loss this past Sunday to San Francisco, it's been a week of being back at the drawing board for Vick and his cohorts.

“The dream team ... that word is dead now,” Vick said. “Can't talk dream team anymore. Maybe it put pressure on some players, maybe it didn't, but I think just the fact that it was lingering around and people were talking about it creates a sense of pressure. So it's over with. We're just one of the teams that's got to scratch and claw from the bottom.

“The dream team thing is over,” the quarterback added. “Now we just have to forget about everything that's happened and take it one game at a time. That's what I've sensed in the locker room. I sense change. Nobody's happy about this.”

With the addition of high-caliber free agents Nnamdi Asomugha, Cullen Jenkins and Jason Babin, the Eagles in August were a favorite for the Super Bowl. Backup quarterback Vince Young, who also joined the Eagles this past summer, was first to call the team by the moniker dubbed upon the 1992 U.S. Olympic Men's Basketball Team.

3 - The times in the past four season the Tampa Bay Rays have made the playoffs, including a run to this year's postseason in which the team was ousted in four games by Texas.

Despite having a hot and competitive young ballclub, fan are not flocking to the domed Tropicana Field to see the team play. In the season-ending loss Tuesday to Texas, the small stadium did not sell out.

“We replicated last year and our numbers were down,” Tampa Bay owner Stuart Sternberg said. “The (TV) ratings were down. The rubber has got to hit the road at some point. We're four years into winning. We're getting to the point where we don't control our own destiny. This is untenable as a (business) model.”

8 - The seasons Terry Francona spent as the manager of the Boston Red Sox before last week parting ways with the club he led to two World Series titles.

Francona wasn't out of work for long as he's already been tabbed to fill-in in the FOX broadcast booth for part of the American League Championship Series on the network. Francona will be partnered with Joe Buck as analyst Tim McCarver misses time for a medical procedure.

Francona, a native of New Brighton, Pa., could also return as a big-league manager as soon as next season. In an ESPN report, a source close to Francona told the outlet he is interested in a job should he have the opportunity.

By Patrick Connelly, Allied News sports editor. Images by The Associated Press and MLB. Follow the sports department of The Allied News on Twitter at twitter.com/AlliedSports.