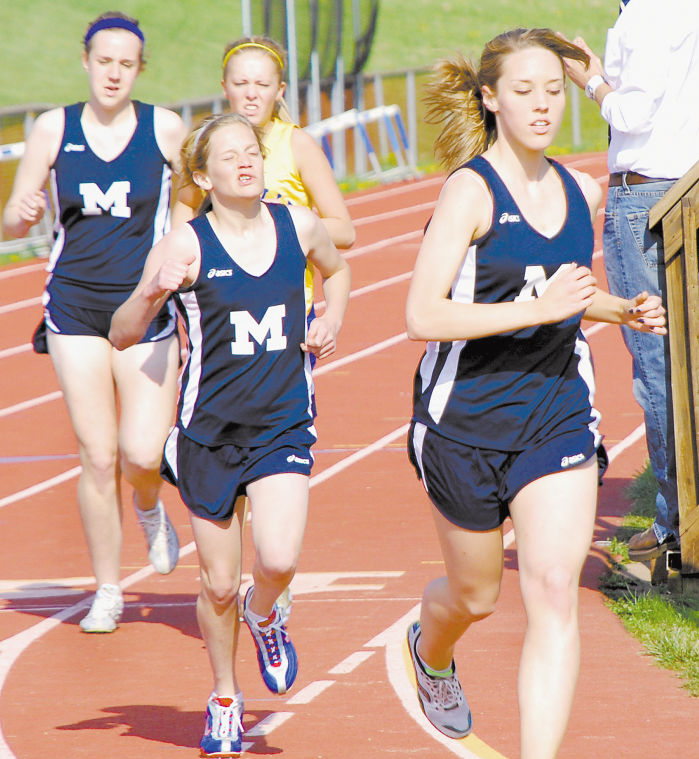 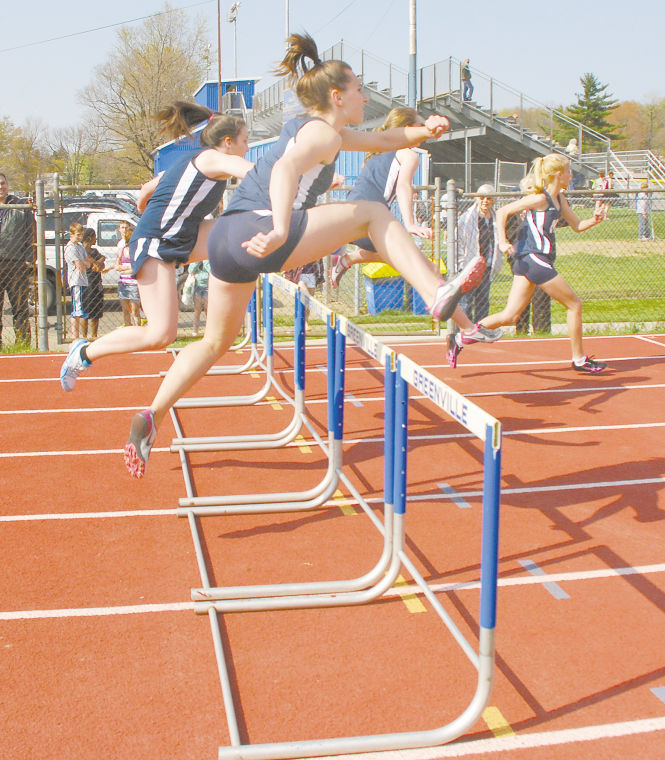 Claire Creasy and Courtney Corban were triple-event winners for Mercer. Creasy swept the hurdles and won the pole vault while Corban copped the 100 and was part of the foursomes that won the 400 and 1600 relays.

Karen Willey, Kayla Shacklock and Brittany Ruffo were triple-event winners for WM. Willey and Ruffo ran on the 1st-place 1600 and 3200 relay teams while Willey won the 800 and Ruffo copped the 1600. Shacklock swept the hurdles and ran the opening leg on the winning 400 relay squad.

Lubarski’s mark of 119-1 in the jav set a school record. Nicole Neider set the previous record at the recent Harbor Creek Invitational (109-9).

Against Grove City, however, Hana Casalnova and Sarah Chuzie dominated the middle distances and distances, respectively, and jumper Shannon Bishop bolstered them with a pair of wins for the victorious Lady Eagles.

West Middlesex 111, Lakeview 39 - At West Middlesex on Wednesday, the host Big Reds (9-0) rolled, led by Jeremy Jancso, who swept the jumps, and Clay Allen, who annexed a sweep of the 100- and 200-meter dashes and anchored the Reds’ winning sprint-relay quartet. Also, Richie Klumph (3200-meter run, distance-relay leg) and Lorenzo Mikulin mustered wins in the 400-meter dash and as part of the distance relay.

Penland produced wins in the 800-meter run as as part of the mile-relay to lead Lakeview (2-4).

Mercer 127, Farrell 15; Mercer 94, Kennedy Catholic 52; Grove City 107, Mercer 43 - At Mercer, Rawlins Huntley, thrower Beck, jumper Smith and roadrunners Reno and Rabold led the host Mustangs’ routs on Wednesday. Ron Jackson blistered to wins in the 100 (10.86) and 200 (22.7) for Farrell, while Mike Kaldy keyed Kennedy via a sweep of all three throws.

Robinson registered eight strikeouts and walked two in a route-going performance in which she permitted seven hits. She also helped herself by ripping three hits. Feathers fashioned a complete game, also, whiffing a dozen and not issuing a base on balls while allowing nine hits. She drilled a double

Tori Sheffel singled and doubled for Grove City (3-3, 6-3), while Phylicia King connected for a couple hits. For Slippery Rock (4-2 in the region), Shawna Peace pounded a double and K. Kerk contributed two hits.

Codie Rodgers led Jamestown with a double and triple. Also, Amanda Buchholz had three singles, while Cass Grafton and Jessica May had two singles each. Hannah Williams went the distance for Jamestown. She struck out six, issued no walks and gave up six hits.

Naomi Leonard tripled for GC (3-2, 5-2), while Cassondra Folk doubled. Alicia Feather was the losing pitcher. She fanned six, had no walks and allowed six hits in six innings, but was victimized by her mates’ six miscues.