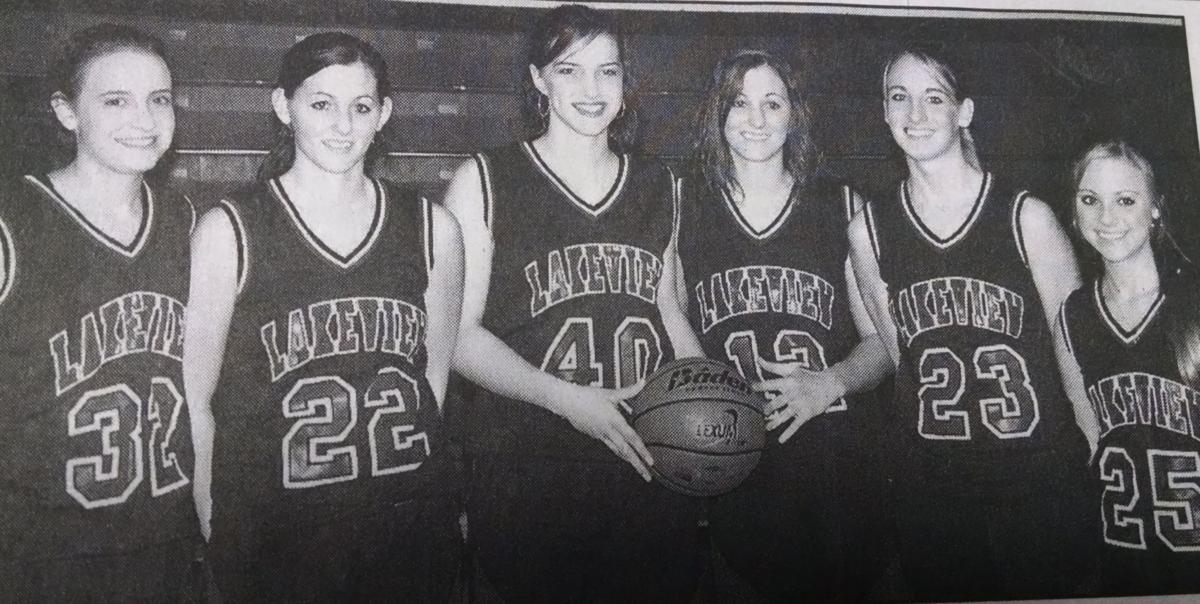 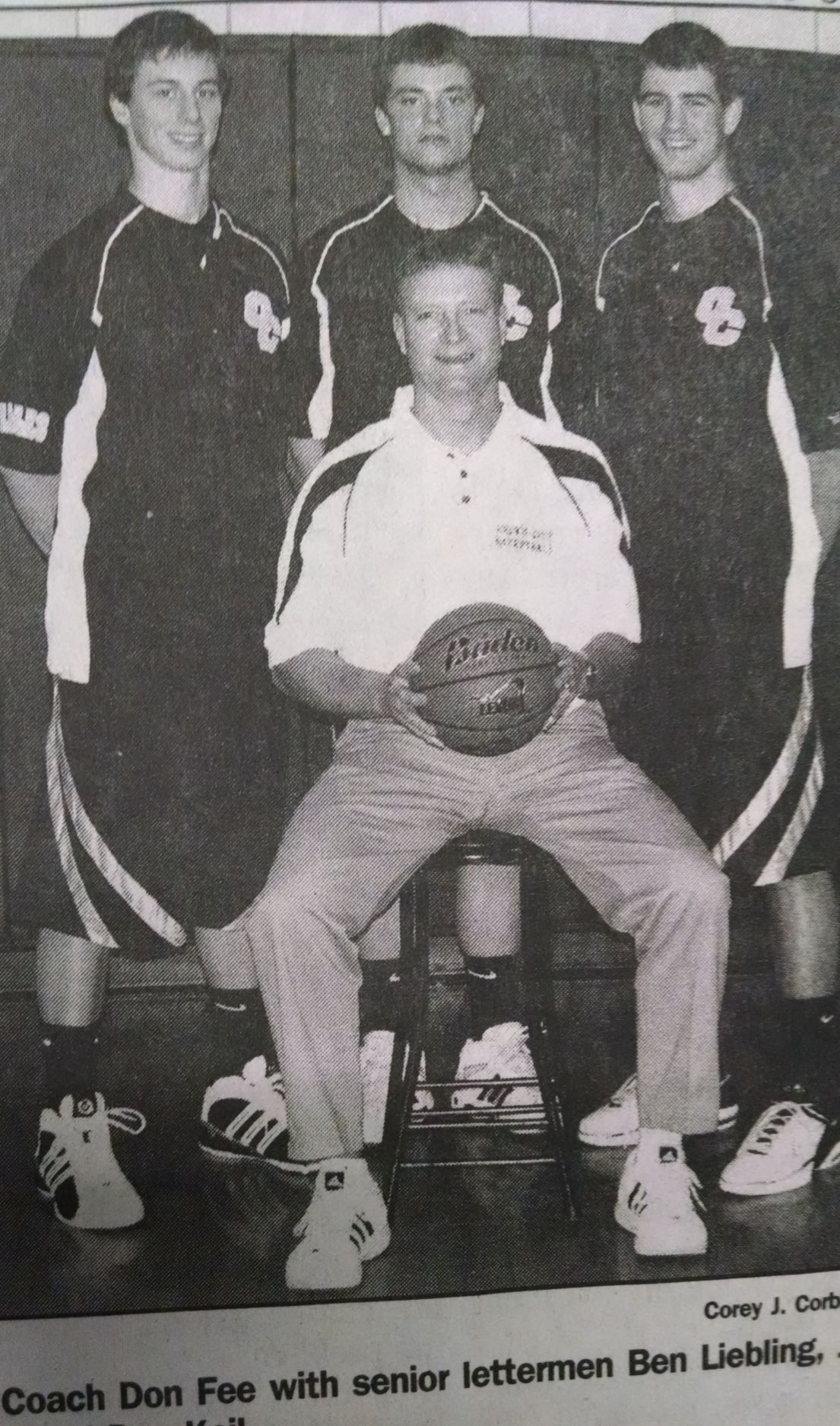 WITH no high school, collegiate or professional sports to fulfill my sports fix over the past month, I have resorted to listening to some rebroadcasts of classic Mercer County basketball contests thanks to Sports Radio 96.7 and a couple this week sent me down a rabbit hole of memories.

Coincidentally all the way back to 2007!

Looking back now, the 2006-07 season may be the golden age of basketball — for me at least in terms of covering high school basketball — with the Grove City boys and a trio of high-scoring girls’ players in Grove City’s Julie Molloy, Lakeview’s Sheena Aden and Slippery Rock’s Jence Rhoads dominating courts all over Western Pennsylvania.

First to the Eagle boys.

That was a team that had to find a way to rebound from not making it out of the District 10 playoffs the year before after losses to arch-rival General McLane and Strong Vincent despite being ranked as high as third in the state during the 2005-06 season.

Led by seniors Jordan Fee, Ben Liebling and Danny Keil, the ‘07 Eagles managed to escape district play as the second-seed after a lopsided loss to McLane in the D-10 Finals and went on a run that landed them in the National Federation of State High School Associations’ record book by winning 3-straight overtime games in the PIAA tournament by beating Chartiers Valley (52-46) on 3/9/07, Ambridge (70-64) in 3OT on 3/13/07 and Susquehanna Township (53-48) on 3/17/07.

In the immediate aftermath of their third-straight OT victory, the emotions began to flow for Grove City — who was without senior reserve Kent Denbow and assistant coach Steve Gould that night due to pre-planned trips — with hugs galore in Somerset.

For those of you not in Somerset that night, the closest imagery I can give you is to think back to the immediate aftermath of the 2019-20 Eagles’ win over WPIAL champion Highlands down at North Allegheny High School what seems like eons ago.

The win over Susquehanna Township catapulted the Eagles to their second appearance in the Western Finals.

There, GC met McLane in the Lancers’ backyard — Edinboro University— and found itself down by 12 on three different occasions in the fourth quarter (43-31, 45-33 and 47-35) before pulling to within 51-48 on a Keil lay-up with just under a minute to play.

Moments later, key reserve Keith Donaldson drove through the heart of the McLane defense and lofted a foul-line floater that rolled around the rim for what seemed like eternity before NOT going in to allow the Lancers to escape with a 56-49 win.

To this day, I still contend if Donaldson’s shot goes in it’s Grove City in the state finals and not General McLane.

But as former Dallas Cowboys quarterback Don Meredith famously coined if ifs and buts were candy and nuts, we’d all have a merry Christmas ....

There’s no brushing aside this fact .... I don’t know if I’ll ever have relationships with the kids that I cover like I did with that senior group — especially Jordan, Danny and Liebs.

Thanks to modern technology, there was a reunion of sorts on Zoom earlier this week with Kyle Perrine and Ryan McNamara — players on that team — joining the Fees (Don, his wife Linda and Jordan), Danny, Liebs, assistant coaches Rob Haggart, Tony Leone and Dennis Ranker and yours truly to listen to Bob Greenburg and Mark Slezak on the radio call.

It was a blast to see and chat with the guys again. I see Don, Ranker and Hags pretty often around town and Jordan when he comes back to GC to visit his parents, but I don’t remember the last time I saw the rest of the guys.

My stroll down memory continued the next night when Lakeview’s 47-44 overtime win over Sharon on 1/6/07 came on the radio dial — well actually on the app on my phone.

As I listened to the game, I got to thinking about then-Sailors star Sheena Aden and her stellar 4-year career at Lakeview under the tutelage of her dad/coach Steve.

A year before Sheena’s assault on Lakeview’s, Mercer County’s and District 10’s record books started — she ultimately ended her career as the county’s all-time leading scorer with 2,421 points — I remember heading up to Lakeview to do work on their season preview story and chat with then coach Frank Shugarts.

No offense to the Lady Sailors on that team, but they weren’t very good in terms of wins and losses. I remember chatting with Frank in an equipment closet as current girls coach Gary Burke was putting the boys’ team through a preseason workout and Frank telling me he had one of those groups you’ll always remember coming up the next year.

As he’s telling me this, I remember trying to stop an obvious eye roll, because I’d heard that before. All the time, someone tells me this kid or that kid is going to be the next big thing and more often than not, the kid fails to live up to expectations.

Flash forward a year later and the Sailors are opening their season at Grove City’s Kiser Classic, my eyes didn’t have a chance to roll that afternoon.

Almost cartoon-like, my eyes bugged out of my head as I watched Sheena dominate as a freshman and over the next 4 years, she continued her domination of Western Pennsylvania courts with a lethal elbow jumper or uncanny ability to draw contact on her way to the basket for a layup before starring at Pitt-Johnstown.

That year’s season-opener was also the dawn of remarkable careers of Molloy at Grove City and Rhoads down at the old Rock Box.

Like Magic, Kobe or LeBron, last names weren’t needed with Sheena, Julie and Jence! Back in the early 2000s, everyone in Mercer County basketball circles knew who you meant when you said Sheena, Julie or Jence.

As Sheena was eclipsing 2,400-career points, Jence — who played professionally in Europe and is currently on the US National Handball team — nearly matched Sheena point for point on her way to 2,170 career points, Gatorade’s Player of the Year accolades in 2007 and eventually a 4-year career at Division I Vanderbilt.

Under legendary GC girls coach Roger Flynn, Julie had a rather pedestrian — only when compared to Sheena and Jence — 1,206 points during her 4 years playing under the lights at The Eagles Nest before playing for a year at Division I St Bonaventure and transferring to Slippery Rock University.

By the time, Sheena, Julie and Jence wrapped up their stellar 4-year high school careers the trio combined for 5,797 points and I was priviledged enough to see many of those buckets.

As fun as it was to watch them ball out, I — sometimes — wish their careers didn’t come at the same time, so I could have truly enjoyed every second of watching them play individually rather than have to pick and choose.

They truly were the good old days!

COREY J. CORBIN is a sports correspondent/columnist for The Allied News. He can be reached at gcsportsguy@yahoo.com.