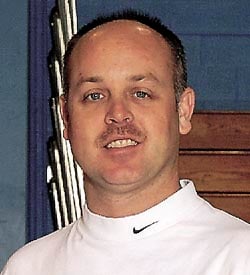 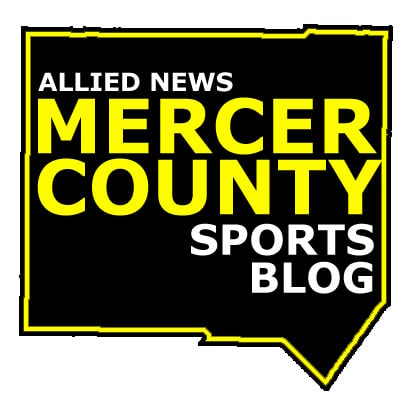 The 1984 Shenango High graduate was hired last night by the Shenango School District as the girls basketball team’s next varsity head coach. He succeeds Chris Vecenie, who resigned last month. The board’s vote was 8-0, with J. Gary Senko absent. Turk will be paid $5,533.

“I’m excited at the opportunity and to be going back to Shenango,” Turk said. “I’m looking forward to getting the ball rolling.”

Turk, 43, resigned from Wilmington in May. He guided the Lady Greyhounds to a 37-33 mark and a playoff berth in three seasons.

Wilmington advanced to the District 10, Class AA playoffs last year. However, the Lady Greyhounds were eliminated in the first round by Villa Maria, the eventual state champions, 84-23. Wilmington finished 14-9.

Turk was a three-year varsity starter for the Wildcats. He was a freshman at Shenango when Bill McNees took over as the school’s boys basketball coach.

Vecenie was 13-30 in two years at Shenango, finishing in last place in WPIAL Section 2-AA action both years. The Lady Wildcats started 6-1 last year before dropping 12 of their last 14 games.

“We certainly have to get going,” Turk said. “Everybody has a big jump on us for the summer and it’s going to be a big challenge.”

Shenango athletic director Jan Budai said he is excited to have Turk as the new girls coach.

“Brian interviewed very well with us; he answered the questions we had and he seemed to be a good fit,” Budai said. “He has coaching experience and that’s something that we really haven’t had in awhile, someone that’s been around a bit.”

Wilmington is well known for its success on the football field and Turk brought some notoriety to the girls basketball program with last year’s playoff appearance.

“Brian brought them along quite a bit,” Budai said. “For him to go there and take the girls to the playoffs speaks volumes.”

Budai said Shenango had five applicants for the girls position.

When Turk resigned from his post at Wilmington, he wanted to spend more time with his family.

“My son (Bryant) loves to be in the gym as much as I do,” Turk said. “I consulted the family and they knew how much I followed Shenango; I always paid attention to it.

“It’s always been blue and gold for me. They said if you want it, try to go get it.”

Qualifying for the playoffs in District 10 was hard to figure out for any player or coach since only the region champion is a lock to advance. Some regions qualified a second team and possibly a third.

“I’m really excited the WPIAL takes four teams to the playoffs,” Turk said. “I don’t have to sit around and wait for that call to see if we are one of the teams from the region going to the playoffs.

“I hope we’re one of those four playoff teams in time. Is it going to happen overnight or next year? I can’t tell you that. We’ll put 110 percent into it and work really hard. Hopefully good things happen after that.”

Turk saw many of Shenango’s opponents while coaching at Wilmington, either in summer leagues or nonregion games.

“There will be a new exchange of how things are done,” he said. “I don’t think it will be a big change, though.

“Basketball is basketball. You try to put the ball in the basket. It’s the same thing whether it’s in WPIAL or District 10; I’m not worried about that transition.”

Last year, Beaver won the Section 2-AA title with an 11-1 mark. Neshannock, which didn’t lose any players to graduation, figures to be strong again after advancing to the playoffs in Luann Grybowski’s first season at the helm.

“It’s definitely going to be a big challenge,” Turk said. “There are good teams in this section like Neshannock and Mohawk; they’ve been in the gym since school ended.

“It’s tough to play catch-up against programs like that. Hopefully we can get in the gym and be competitive.”

Turk is eager to take the next step in his new position.

“I’ll be working on getting the (coaching) staff together,” he said. “Once you get the staff in place, then it’s go meet the players and parents and let everybody know who we are. I’m anxious to know who they are.”

“Angelene is a big loss for us,” Budai said. “The girls that are coming back, I know they will work hard for Brian. They are ready to turn this around as soon as they can.”