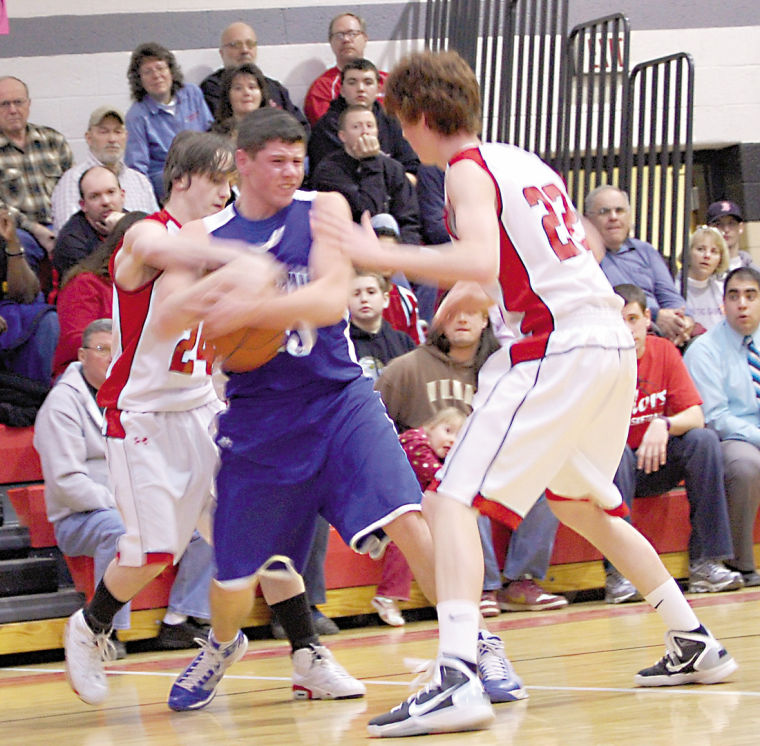 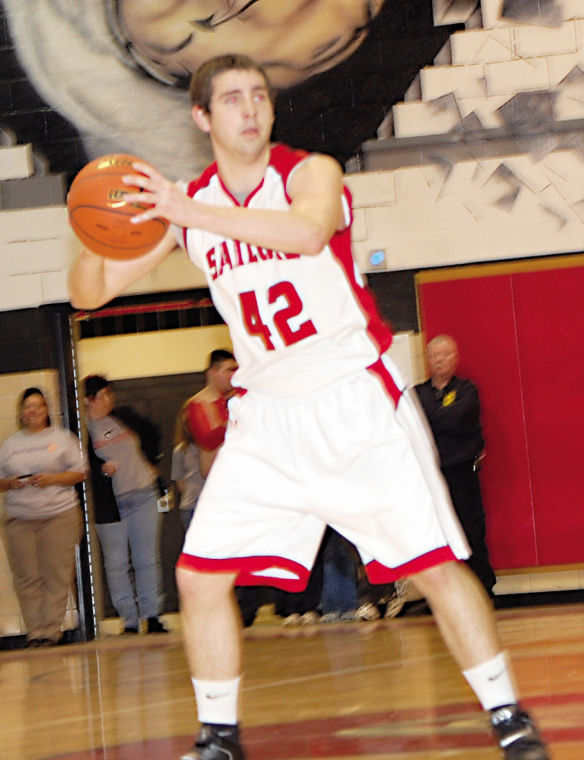 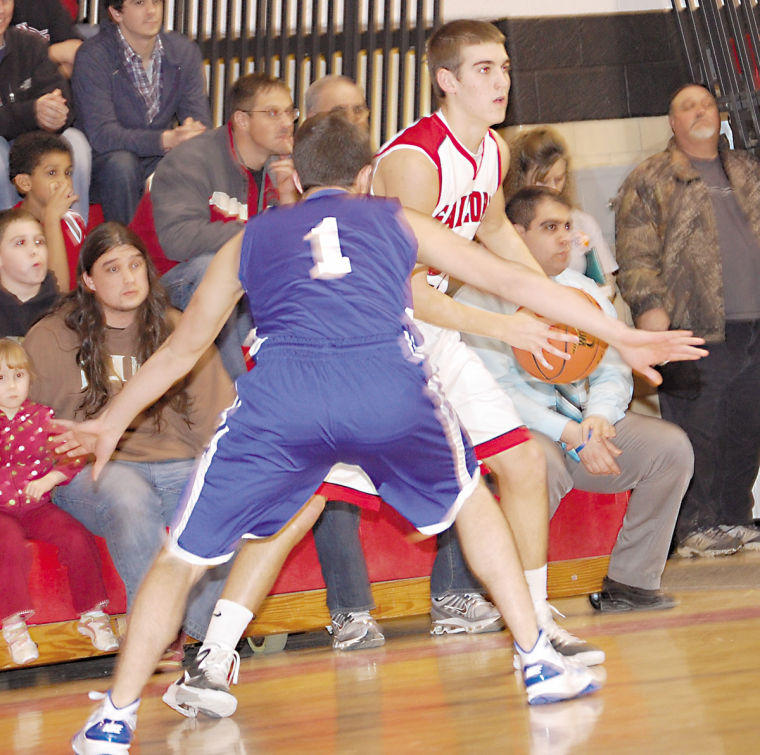 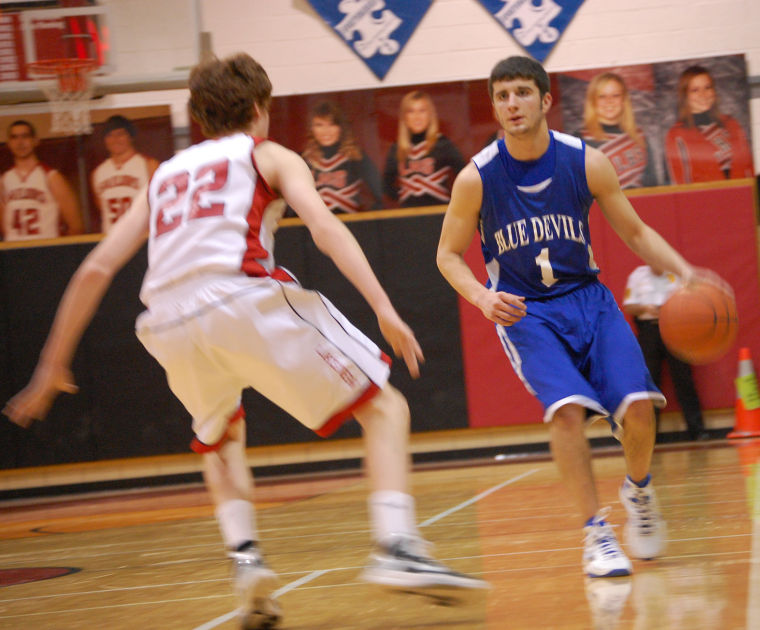 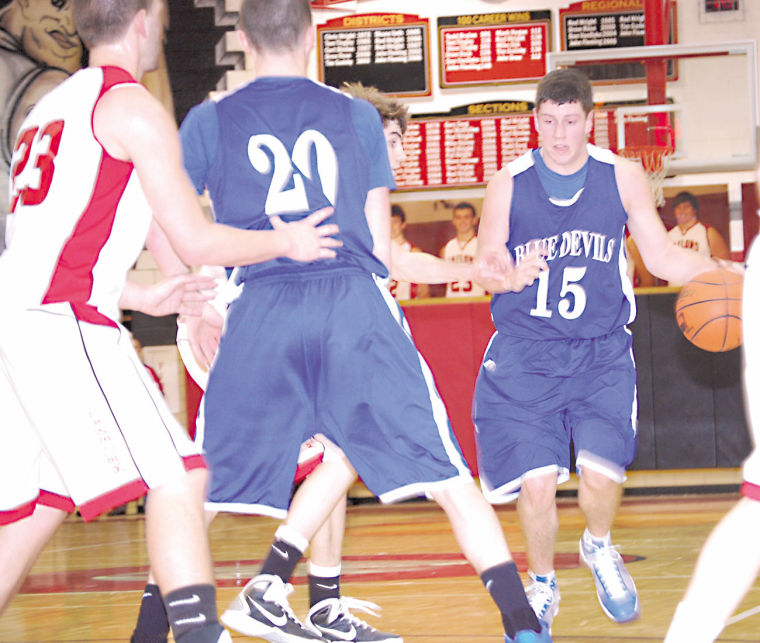 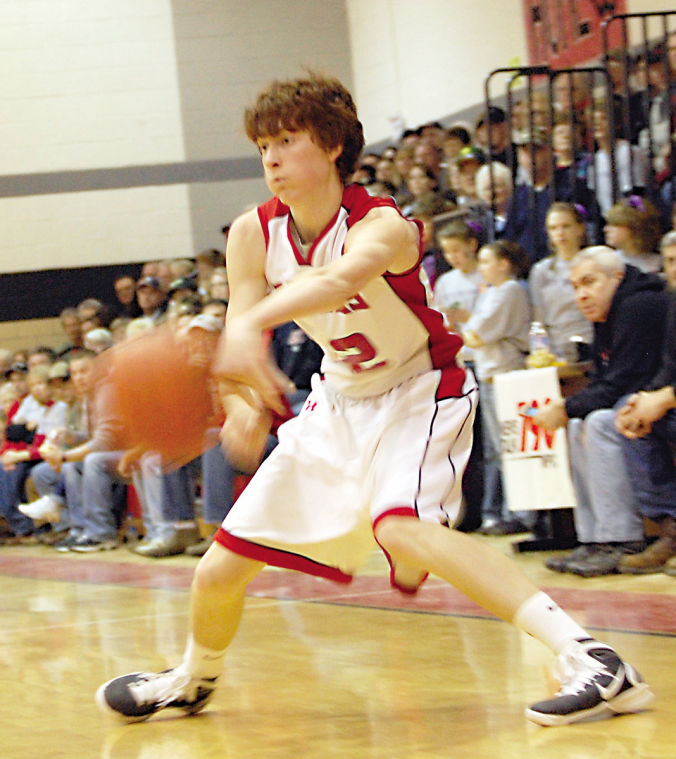 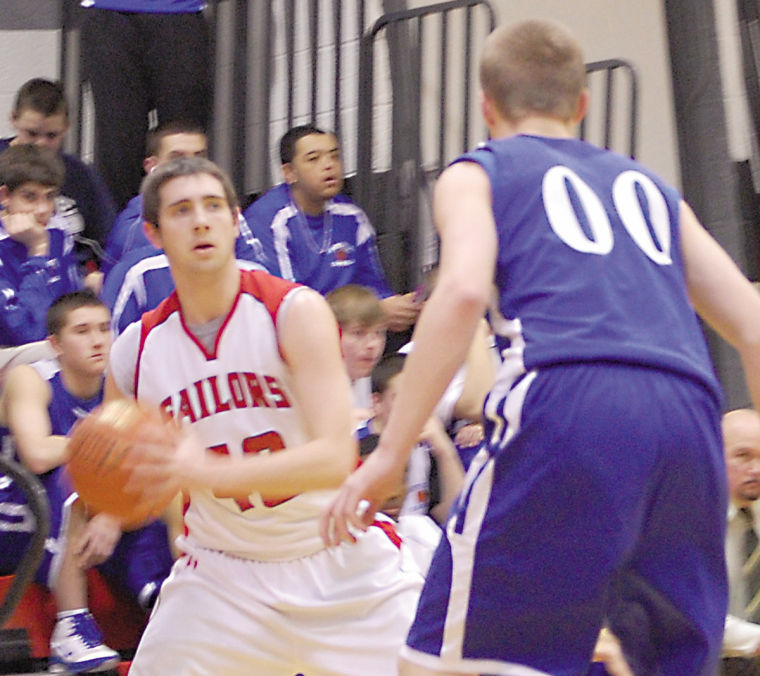 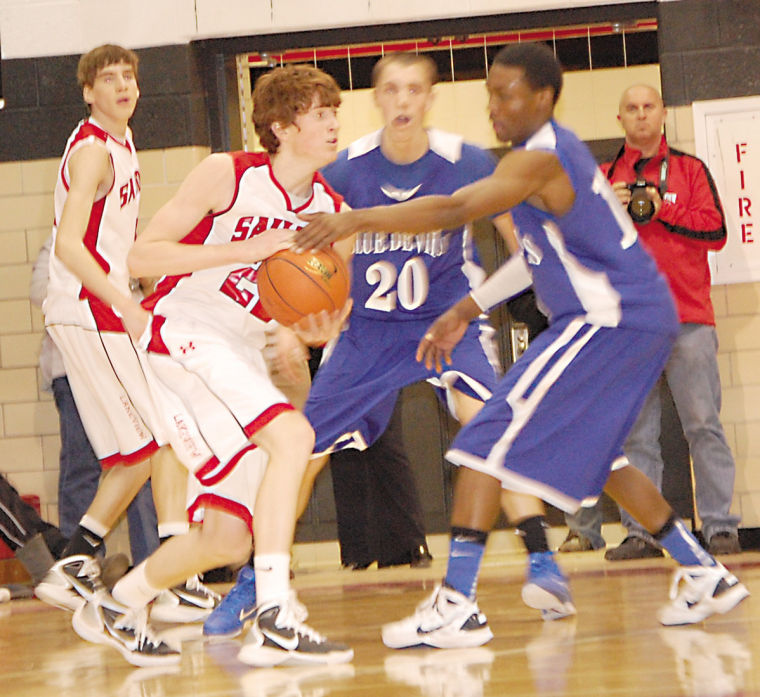 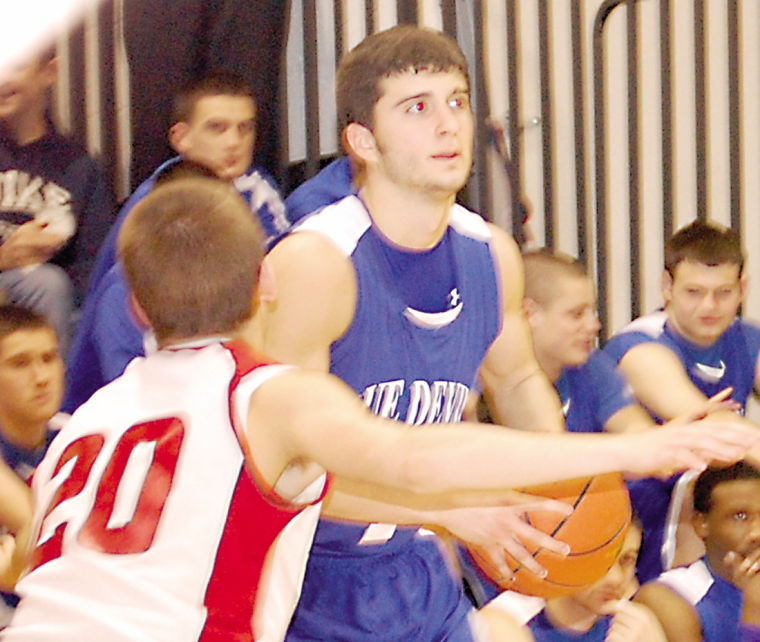 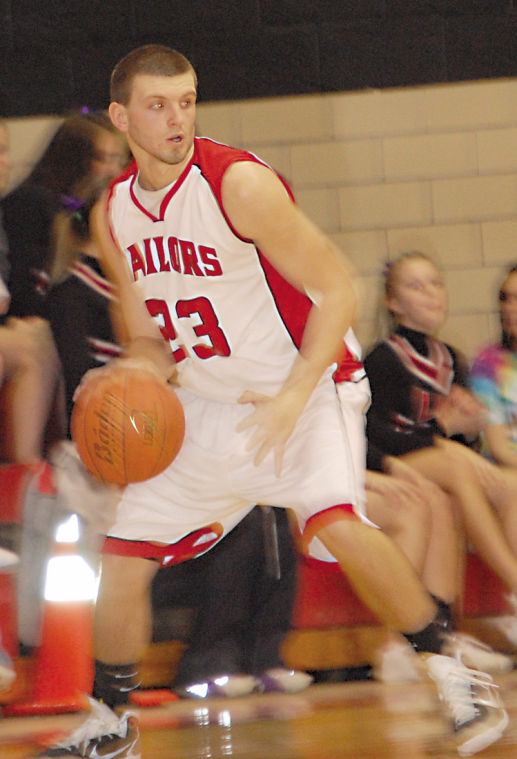 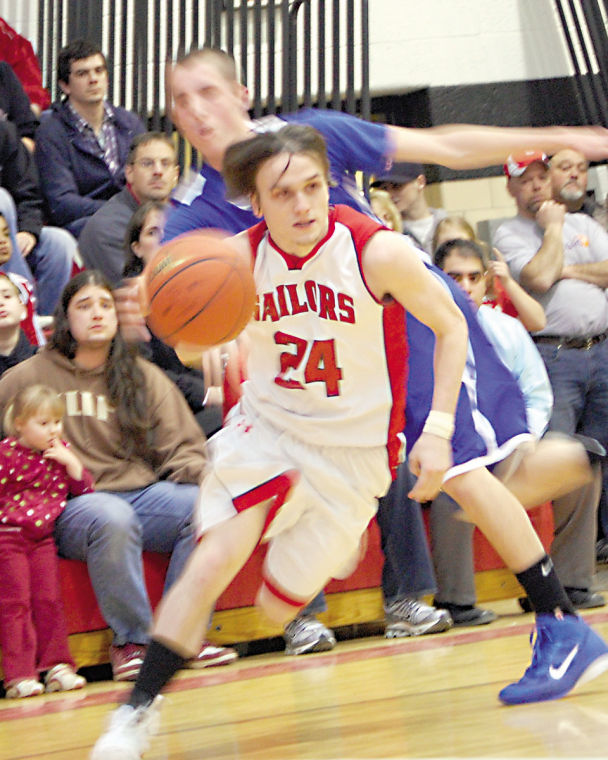 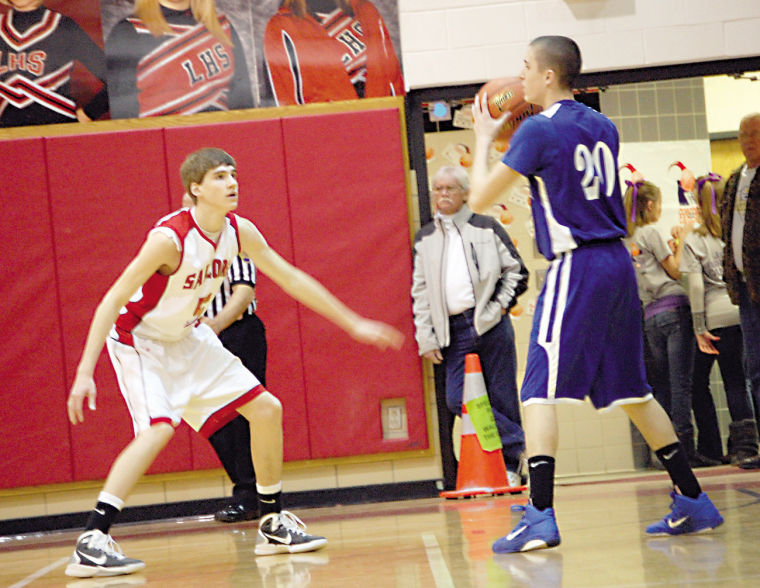 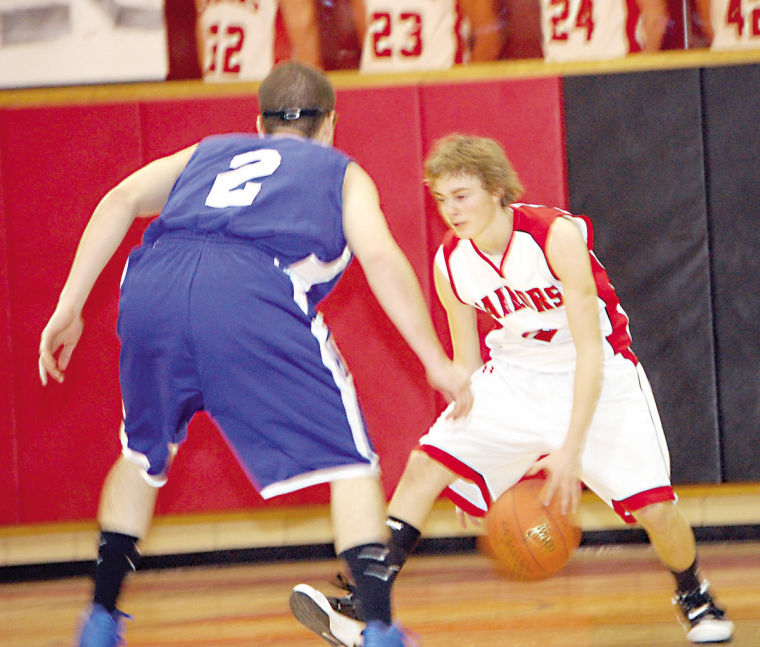 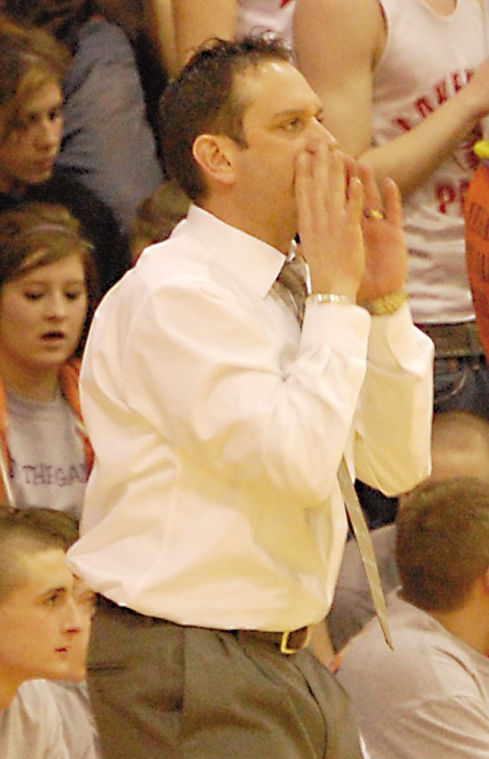 The Sailors, who have been a tough matchup so far this season for a lot of opponents, fell to the Blue Devils 50-41 in a Jan. 18 tilt and, in their bout before Tuesday’s rematch with Sharpsville, had suffered a 9-point loss at Reynolds - a team Lakeview had trounced 58-35 just three weeks earlier.

Burke said he knew he had to find a way to simulate Sharpsville’s quickness and aggressiveness leading up to the game and did it by having his starters practice in five-on-seven drills to work out the kinks.

“We went into it thinking that this was going to be a physical game,” Burke said of the grudge match Tuesday in Stoneboro that saw the Sailors prevail 59-33 and hand the Blue Devils their first in-region loss.

“That’s kind of getting back to some basketball that we lost Friday night (Feb. 4) versus Reynolds,” Burke said. “We were stagnant. We weren’t playing as a team. Our movement was not where it needed to be.

“(Tuesday) our kids knew where that our focus was moving the basketball and taking care of the ball and we were hard to guard (Tuesday) and I think that was the difference in the game.”

Sharpsville had jumped ahead 8-2 early after Chad Piccirilli drilled a 3-pointer at the 3:34 mark of the opening quarter, but by the frame’s end the Sailors had gone on a 8-0 run to take a 10-8 lead.

The run began as senior Lucas Reddick hit a free throw to cut the Sailors’ deficit to 8-3 and followed with a basket off the bench from Derek Giovengo, a triple from Dalton Boggs and basket by senior Jeff Kepner off a Reddick rebound.

As the second quarter commenced, Lakeview jumped ahead 12-8 on a bucket by senior Marshall McKean, but the Blue Devils kept pace with a 7-0 run over the next three minutes that put Sharpsville up 15-12.

Lakeview senior Jake Philson followed with a basket off a rebound to put the Sailors down by 1.

Forty-five seconds later as Sharpsville’s Jon Wilson battled for possession in a scrum with Philson and McKean, the Blue Devil bench erupted and the referees singled out Sharpsville’s Dersean Alberty-Brown for a technical foul.

Boggs hit both free throws that ensued to put the Sailors up 16-15, and they wouldn’t relinquish the lead again.

The Sailors led 22-21 at halftime and by the end of the third quarter had built a 44-31 edge off 22 points in the period, all while holding the Blue Devils to just 10.

From the point when they were trailing before the technical foul in the second quarter, the Sailors closed the game with a 45-18 run on Sharpsville as Kepner (12), Reddick (11), Boggs (11) and sophomore Casey Greggs (11) all finished in double figures.

The Sailors held Wilson, who had entered the contest as Sharpsville’s leading scorer this season, to only 14 points, two of which came on baskets from beyond the arch.

“That’s got to be one of our better defensive efforts,” Burke noted. “We stressed defensive awareness out there and getting out to 19-9 and defending their team in transition. Our kids were able to get back to their areas, cover up and communicate where the shooters were at all times. You got to have a hand in Wilson’s face at all times and our kids really did a nice job of eliminating them to a tough shot, then grabbing the boards right after that.”

The Sailors wrapped up the season’s home slate of games Friday night versus Wilmington, but the pairing finished too late to be included in today’s Allied News.

Lakeview will travel to Greenville on Tuesday night before its final regular season game Thursday at Mercer. Both games will tip at 7:30 p.m.