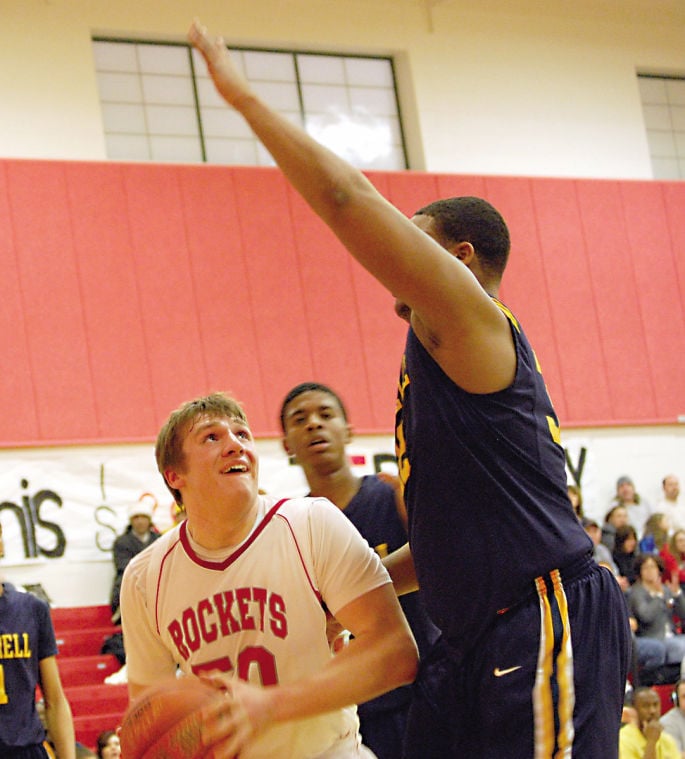 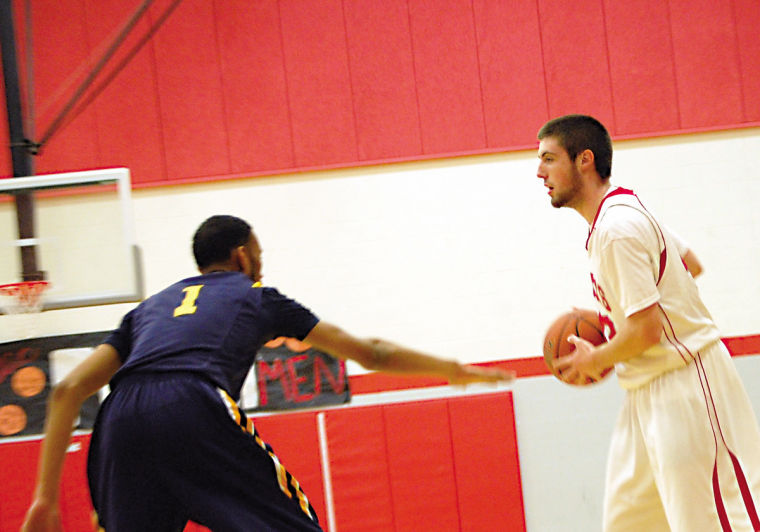 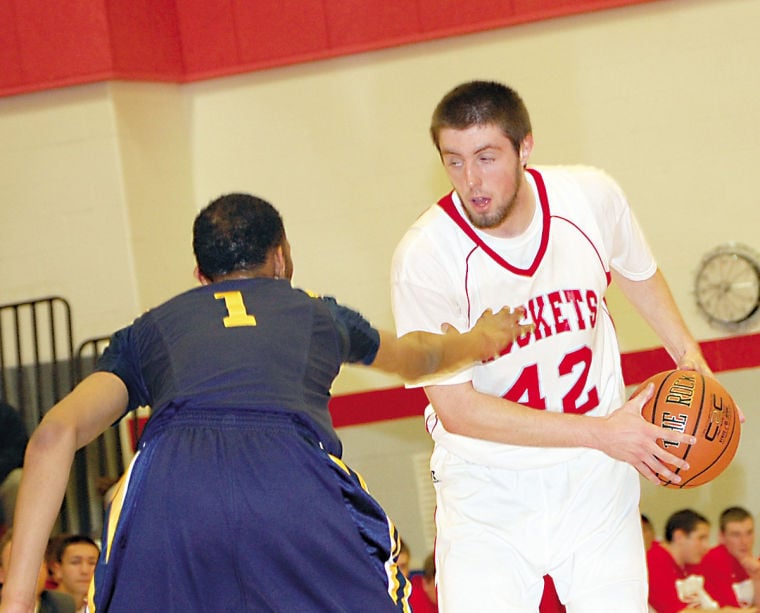 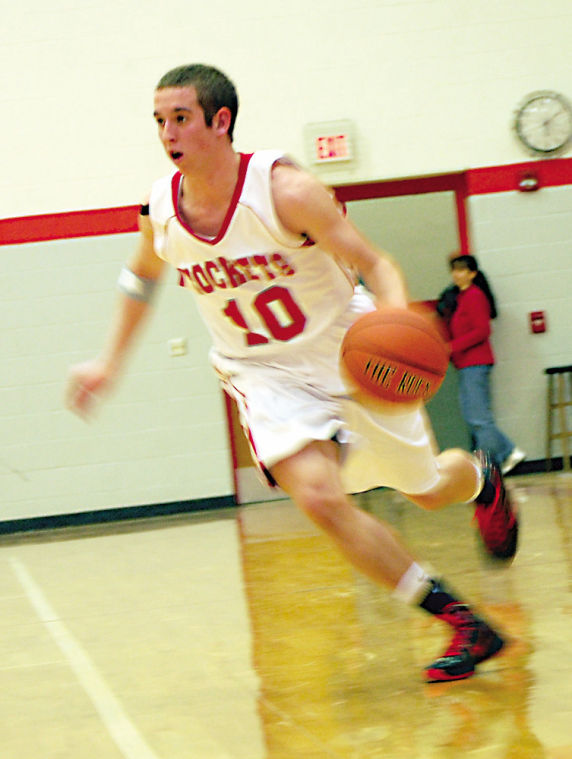 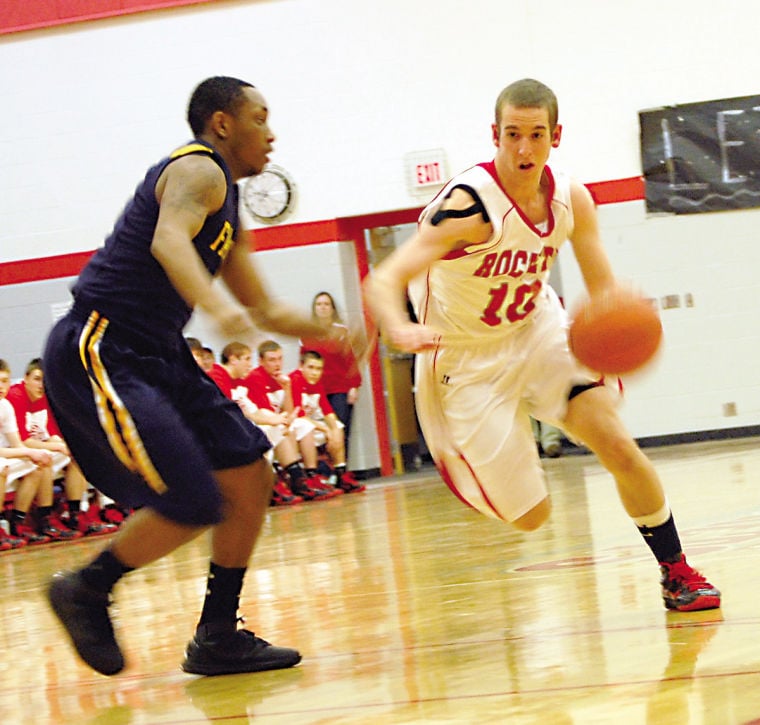 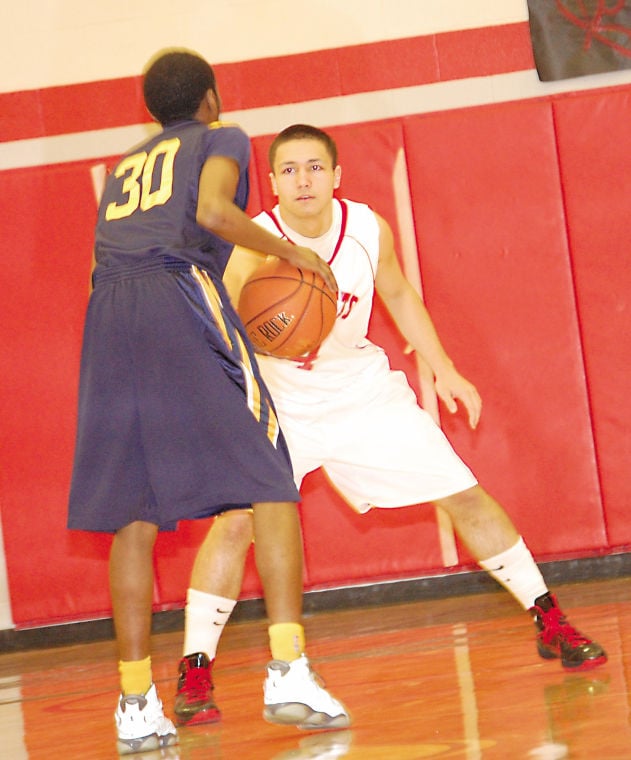 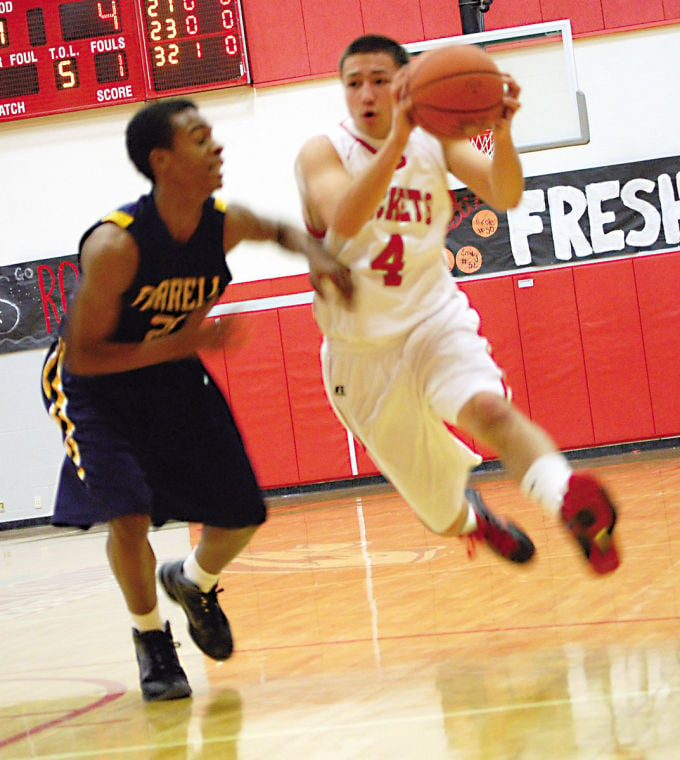 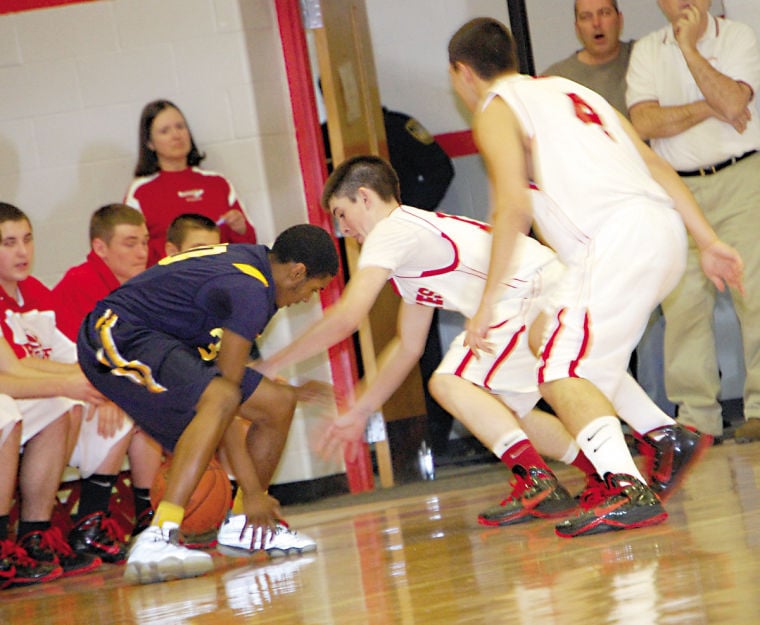 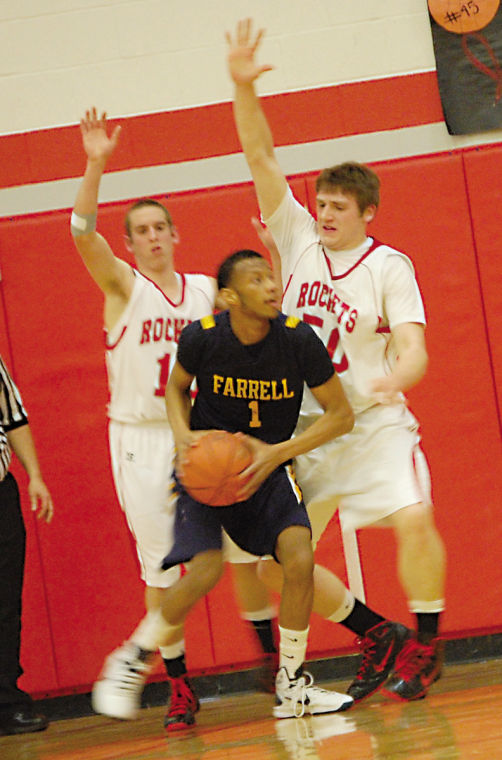 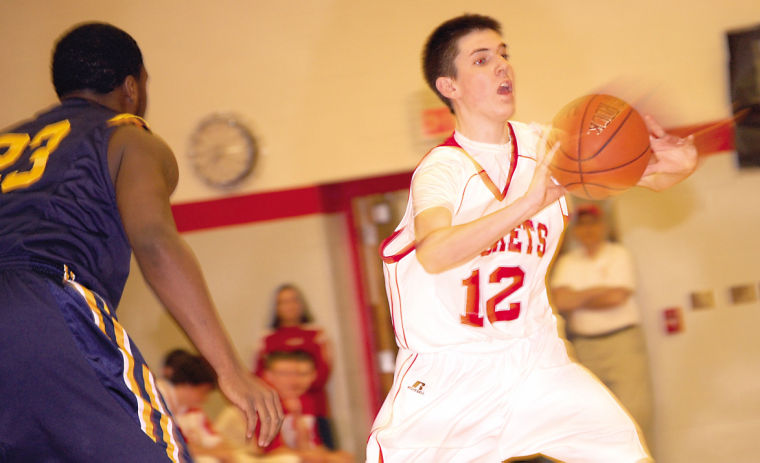 It was a moment in which you could maybe summarize Slippery Rock High’s season.

Forty-five seconds after the Rockets had taken a five-point lead on visiting Farrell in the final minute of the opening frame of Friday’s District 10 Region 6-AAA meeting between the two foes, Slippery Rock’s go-to man Brian Giesler fell to the floor in pain as the buzzer blew to sound an end to the quarter.

Giesler, a senior who has led the Rockets in scoring each of the past two seasons, had suffered an injury to his right ankle after launching a shot in desperation that would have extended Slippery Rock’s 11-6 lead even further.

The Rockets, though, went on to be on the winning side of a game decided by five points or less just once in a handful of tries before Friday’s thriller that saw Slippery Rock edge Farrell 59-58.

Slippery Rock lost Giesler, but it didn’t matter as the Rockets never let up the intensity and were led by double-digit scoring outings from senior Alec McDeavitt and junior Caleb Whitney.

“That’s the funny thing about basketball,” Slippery Rock head coach Phil Bushre said. “There’s highs and lows. We can talk about the past, but right now these guys are getting places they could have all year. That’s high school basketball. We made the plays (Friday) that we should of all year.”

After Slippery Rock took the 11-6 lead to open the game, Farrell bounced back, knotting the game at 11 with 6:45 still to play in the second quarter on a lay-in by Robert Trudo. The Rockets ended a 9-0 Farrell run at the quarter’s 5:15 mark when Ryan Curry hit back-to-back free throws to cut the Steelers’ advantage to 15-13.

By the time the two-minute mark in the quarter hit, Farrell had pulled ahead 25-20 but the Rockets closed the half with a 6-0 run that finished with a bucket by Andrew Waryanka with four seconds remaining that put Slippery Rock up 26-25.

Bushre’s squad, backed by three 3-pointers from McDeavitt and another by Ryan Thompson had gone on to lead by as many a nine points with 2:42 to play in the third frame before settling for a 46-40 edge at the frame’s end.

With 4:45 to go in the contest, Arlen Brewer of Farrell drilled a 3-pointer that cut Slippery Rock’s lead to 50-48 and with 3:39 to play, the Steelers took the lead on a free throw by Patrick Horton and went up 52-51.

Brewer again hit a triple the next time the Steelers came down the court to take a 55-51 lead. McDeavitt, though, sunk back-to-back free throws 20 seconds later and, 45 seconds after that, hit his fourth trey of the tilt to put the Rockets up 56-55.

Farrell tied the game again at 56 with 1:09 to play on a free throw by Vernon Stewart and 25 seconds later went up 58-56 as Horton stole the ball from Whitney at midcourt and took it in for the dunk.

McDeavitt hit his final 3-pointer of the evening on Slippery Rock’s next possession, leaving 16 seconds for the Steelers to work with out of a 59-58 hole.

A last-chance jumper by Stewart, though, fell short to seal the Rockets’ win.

“I thought we handled their pressure real well,” Bushre said and credited his team with keeping their composure near the end.

“One stop at the end that that’s it,” Bushre added.

Horton finished with a game-high 28 points, while McDeavitt led the Rockets with 19 with Whitney posting another 15 to couple with his team-high six rebounds.

“Him just being a presence changed even our mindset,” Bushre said of Whitney stepping up after Giesler’s exit. “He’s playing his best basketball right now.”

The Rockets entered the week with a 10-10 mark on the campaign and will likely fall just short of a District 10 Class AAA playoff berth.

Slippery Rock will travel to Titusville on Friday. Tip is at 7:30 p.m.