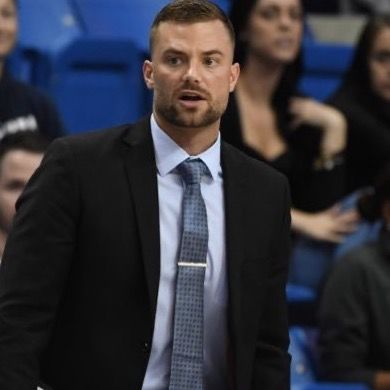 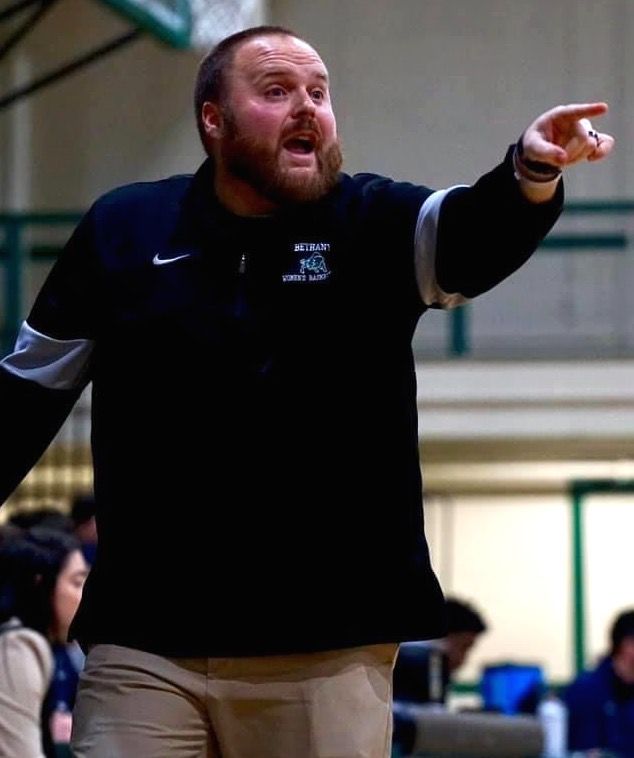 Collegiate basketball coaches are having to get creative and it goes far beyond the customary X’s and O’s!

With Covid-19 halting virtually all travel and shutting down college campuses nationwide, coaches were scrambling to find ways to fill — and improve the talent on — their rosters for the 2020-21 season and beyond.

“This is huge in terms of recruiting,” former Grove City High School and current Nova Southeastern University assistant coach Jordan Fee said during a Saturday afternoon phone interview. “Whether it was high school guys or transfers, we’d be bringing them on campus, evaluating them and letting them see our guys and our school. That part is out the window, but the show must go on. It just looks a little different, you know? We’re behind our phones and laptops on our patios rather than at our desks in the office. It’s definitely doable ... just different.

For many, that was going back to the ‘stone ages’ of text messaging and phone calls, Bethany College’s head women’s basketball coach Brian Sansom said.

“It’s definitely a unique time for recruiting,” said Sansom, who starred for the Eagles a few years before Fee. “We’re having to be creative and dive back into phone calls and text messages to those AAU and high school coaches that you know and have relationships with. You have to fall back on those relationships in times like this rather than meeting with the kids face-to-face.”

When it comes to sales pitches, the former Eagles have very different jobs.

“It’s a special place,” Fee said. “I’ve never seen a more beautiful campus in my life. We’re in one of the best climates in the country. The ratio of girls to guys is 7-1. I do believe it’s one of the best Division II programs in the country and I think our best years are ahead of us. We’ve got all the potential in the world.

“We’ve been lucky to gain regional and even national attention. I’ve saved the links to all those articles, so we’ve been able to share that type of stuff with them. When you’re face timing with a kid and he’s in say Minnesota, you can tell the sun is shining here and there’s palm trees all around and they’re swaying. You can probably see the beads of sweat on my face, because it is 85 and sunny. That sells itself.

“Even a dummy like me can do the math on that one. All of that stuff is easy to sell, because it’s true.”

Meanwhile, Sansom has to overcome the Bethany’s stigma of being based in West Virginia and all the negative —but often untrue — connotations that come with it.

“That’s definitely a concern for a small school like us,” Sansom said. “We’re in West Virginia and for some reason, everyone thinks we’re like 700 miles from civilization. A big part of how we get high school students to fall in love with Bethany is to get them to come visit, because a lot of people don’t know a lot about us and what we’re about until they come down.”

Even so, college coaches aren’t going into it completely blind thanks to various social media platforms, Fee and Sansom agreed.

“Social media is a big platform I know a lot of people are using,” Sansom said. “Coaches are doing a great job of putting film online and we’re able to watch film. It’s tough, because we want to see someone in-person, but with the situation we’re in right now, a lot more evaluations are going to be done via film.”

“In today’s day and age, these guys are smart enough to reach out and connect with guys on our team anyway on social media,” Fee added. “Just like we’re doing research on them, they’re doing research on us. They’re asking about the coaching staff and what’s it like in the locker room? How is it behind closed doors? I really believe we have good guys here and they can vouch for us and vouch for the program.”

But at the end of the day, decisions are being made without one key ingredient — in-person face-to-face meetings.

“It’s a leap of faith,” Fee said. “They have to put their faith and trust in you, because for many of them, they’re committing to a school sight unseen. The good thing for them is, we as a program, are in the same boat. We have to committ to them without having seen him in person. We’re trusting our eyes and judgment from what we see on film. It’s a little bit of give and take in that regard.”

On top of the recruiting mess the college coaches currently find themselves mixed up in, they still have their current players to worry about.

“Right now, it’s more about their mental health and making sure they’re comfortable with what’s going on,” former Slippery Rock High School and current Mount Aloysius College women’s coach Brian Giesler said. “For a lot of them, this is their first time taking classes online. We want to make sure they understand this is going to end at some point and we’re going to get through this together.”

Even if it means using some unnatural ways of communicating.

“We’re having to hold a lot more team meetings on Zoom,” Sansom said. “We’re doing a team meeting every week and every other week, we’re doing individual meetings. That’s the only way we can keep our relationship strong with our current players, because there’s no face-to-face interactions right now.”

Not that many of coaches could do much with their players in their facilities anyway.

“At Division III level, we have no access to our players during the spring,” Sansom said. “We can’t put them through workouts, so we have to rely on our team leaders and strength coaches to work with them at this time. This is the time of year where you can get better individually ... strength-wise and skill-wise. With no gym access, our student athletes have to get pretty creative to do that now.

“Until parks start taking down the rims — and they’ve started to do that in some places — you can get out and get some shots up. A lot of what basketball does, you don’t need a basket. There’s a lot of ballhandling and agility things you can work on to get better. What I’m hoping this does is help us become better basketball players, because you have to be creative. Remember when we were kids and you’d be in the backyard pretending you’re Michael Jordan playing against Larry Bird? Now, you have to pretend like you’re making moves against people again.”

Despite the unorthodox start to the offseason, Giesler doesn’t foresee any major impacts on the 2020-21 season.