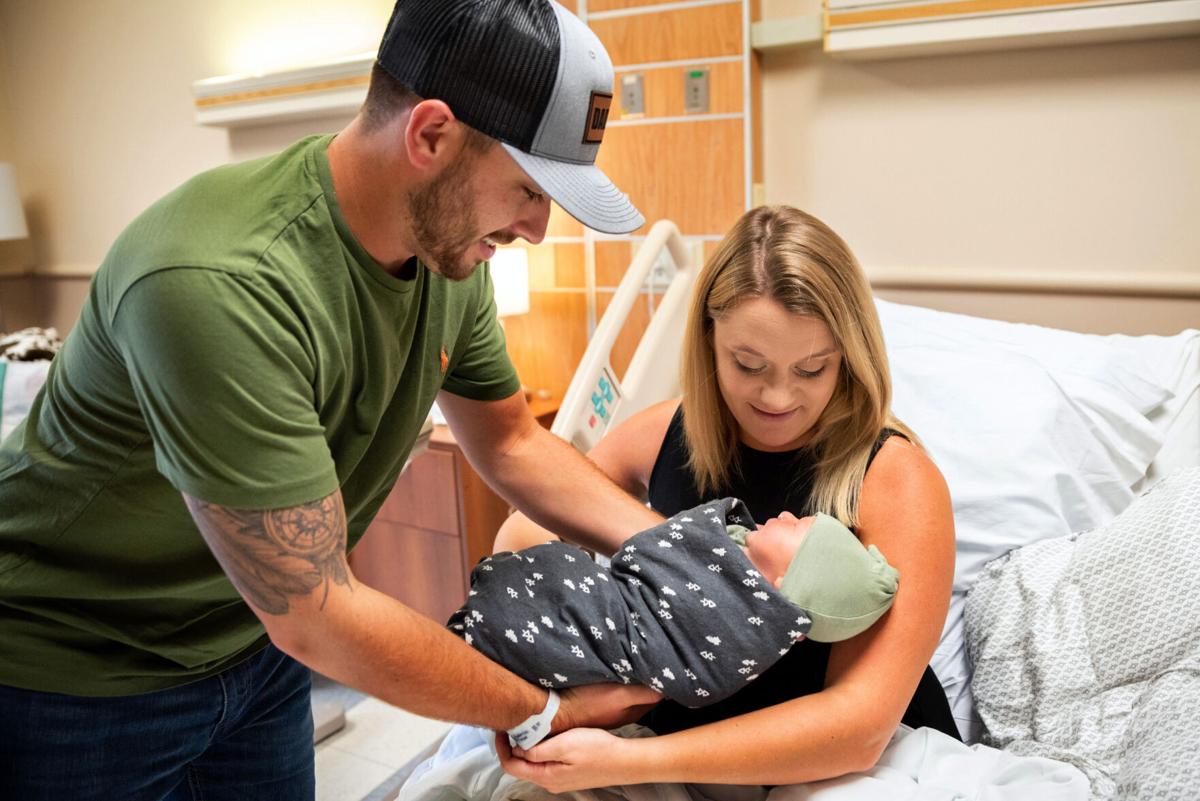 Jordan Fagley hands his newborn son, Laken, to his wife, Mackenzie Fagley, at the UPMC Horizon birthing unit in Farrell. It’s the first child for the New Castle couple. 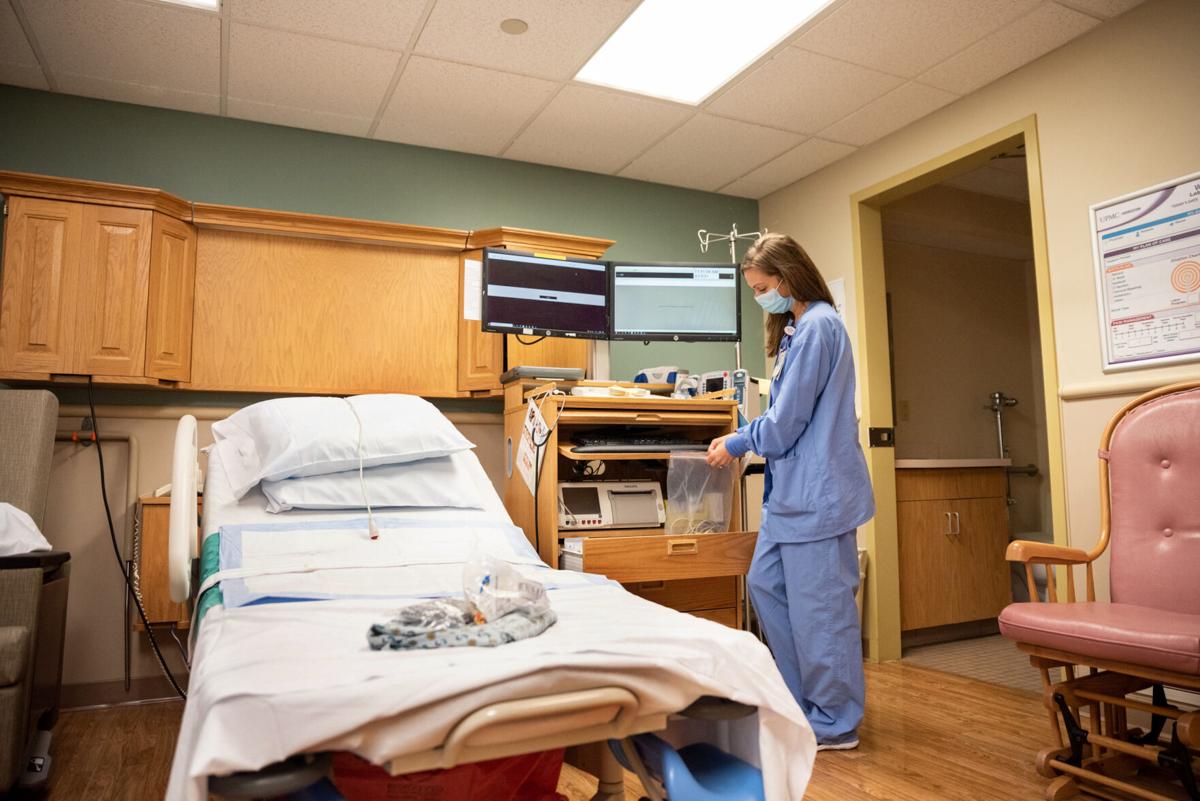 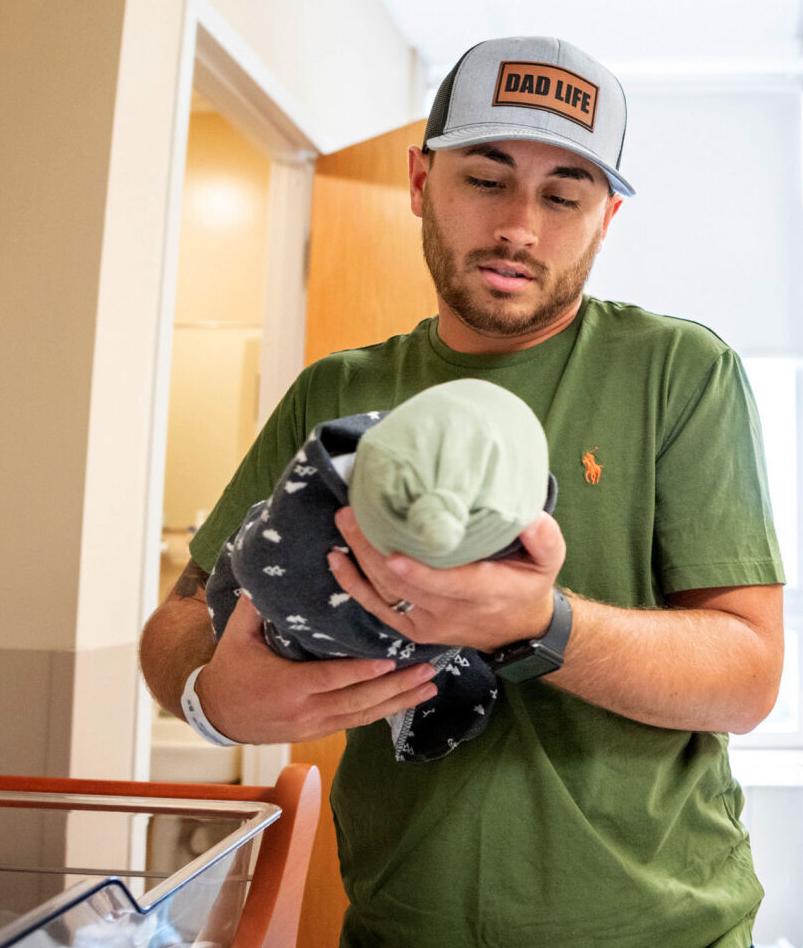 Jordan Fagley, of New Castle, picks up his newborn son, Laken, at the UPMC Horizon birthing unit in Farrell. 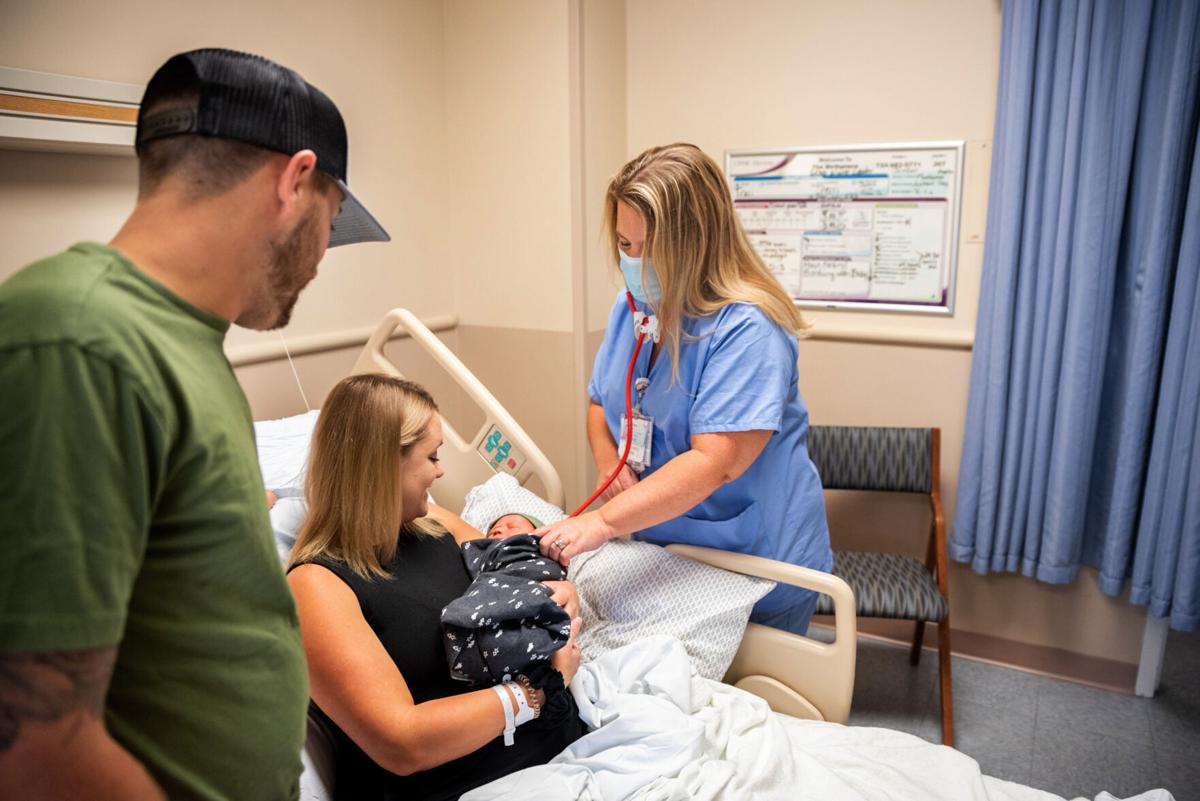 Traci Samu, a registered nurse, checks the hearbeat of newborn Laken Fagley while his mom, Mackenzie Fagley, holds him and dad Jordan Fagley, both from New Castle, watches at the UPMC Horizon birthing unit in Farrell.

The closing leave’s Horizon’s Farrell hospital as the sole maternity center for Mercer and Lawrence counties. Even so, the number of newborns in each county has dropped significantly.

“We can handle this,’’ Dr. Elizabeth Piccione said. She’s the newly appointed vice president for UPMC Horizon and UPMC Jameson in New Castle.

Sharon Regional said its birthing center handled 250 to 300 births this past year. Horizon’s maternity center is on track to have 900 births this year. But four years ago, it saw around 1,200 births, so the hospital has shown it can handle more volume, Piccione said.

“And we’ve been hiring more nurses,’’ she said, some from Sharon Regional Medical Center.

All three hospital systems in the county, Horizon, Sharon Regional and AHN Grove City, said they have sufficient staff to handle emergencies, such as a pregnant mother needing to give birth immediately.

“Nobody should ever think ‘Oh my gosh, can I go to the hospital?’’’ Piccione said. “We will be here to take care of you, without hesitation.’’

Local changes in birthing care might have been inevitable, as newborn numbers for Mercer and Lawrence counties have dropped by nearly one-third in the last three decades.

Local birthing centers are costly to run. Like emergency rooms, maternity units have to be staffed round-the-clock. So they need a certain volume of patients to stay financially healthy.

In 2019, the most recent year available online from the state Department of Health, Mercer County had 1,015 live births, compared with 823 in Lawrence County.

Another concern among expectant moms is whether UPMC Horizon will accept Highmark health insurance. UPMC and Highmark have feuded in the Pittsburgh are market.

Horizon’s birthing center offers “suites.’’ The rooms have regular hospital equipment such as heart monitors. But they also have homey features such as the look of woodgrain floors and upscale cabinets. There’s also a suite designed to handle Caesarean surgical births.

“We try to bring as much as we can to the patient,’’ she added.

Although sudden changes in area health care for pregnant mothers left some expectant moms nervous, the cycle of life continues.

A day after giving birth to her son, Laken, Mackenzie Fagley closely watched her husband, Jordan, from her maternity bed at at UPMC Horizon’s Farrell hospital, as her hubby scooped up their son. This was new to both of them; Laken is their first child.

Then Jordan gently laid Laken in her arms. It was a perfect pass-off.