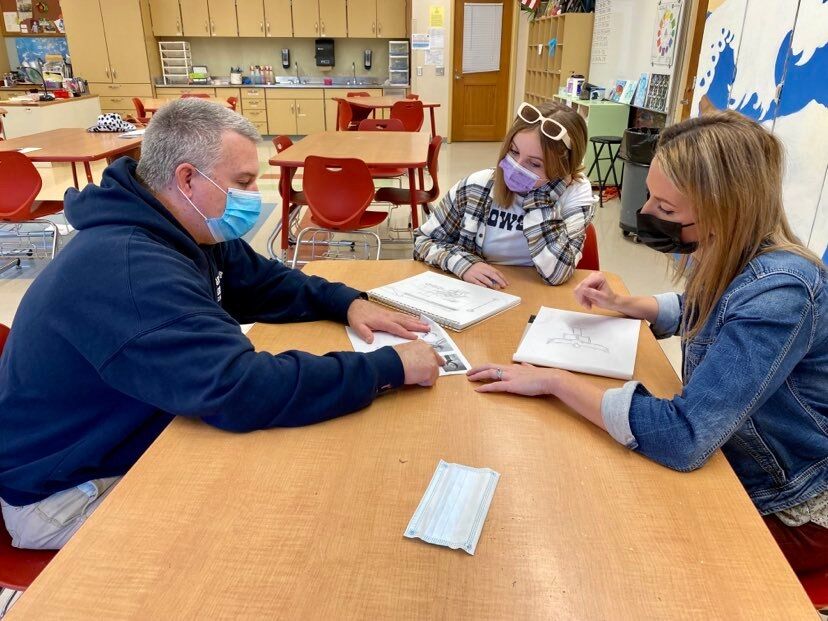 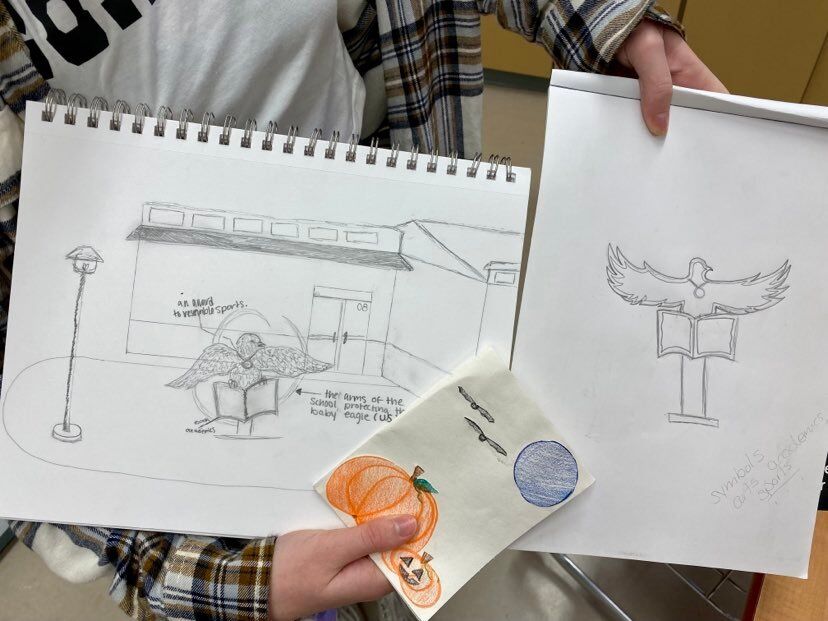 Grove City Middle School student Sarah Hazy is working on a design for a sculpture at the school; she donated her birthday money to get the project started.

Grove City Middle School student Sarah Hazy is working on a design for a sculpture at the school; she donated her birthday money to get the project started.

A Grove City Middle School student is turning her 13th birthday gift into a project that will be around for years to come.

Instead of presents, Sarah Hazy asked her friends and family to help her raise money for an art project she’s designing for the middle school.

The seventh-grader’s tentative plans feature a metal sculpture that will be placed outside on school grounds — built with help from the Fine Arts Program at George Junior Republic, which has produced multiple pieces in recent years for communities across Pennsylvania under the direction of Glen Sanders.

Sarah, who celebrated the milestone birthday in September, said she was inspired in part by art class and her teacher, Alisha Johnson.

“Art class is kind of an outlet for me,” she said as she met one afternoon with Johnson and Sanders in the art room to discuss the project.

Johnson didn’t know that Sarah was planning on collecting donations and was surprised and touched when the teen presented her with $300 and a beautiful handmade card.

“I had so many emotions going through me,” Johnson said.

Sarah initially thought that Johnson could use the donation for classroom supplies, and she came up with the idea after talking with her mother, Ashley Hazy, about how there wasn’t anything special she wanted for her birthday.

Mrs. Hazy suggested she focus on her hobbies or interests. Sarah thought about art; she enjoys painting and sketching at home, and she appreciates how Johnson encourages students to express themselves to the best of their abilities.

Johnson tried to convince Sarah to use the money for her own art supplies or a savings account.

Sarah insisted on paying it forward, which got Johnson thinking about how the funds could be used in a way that would have a lasting impact on the school.

She got in touch with Sanders, and he was immediately on board with the sculpture idea and moved by Sarah’s generosity.

Sarah loves the sculptures; her favorite one is the colorful flower display in front of College View Towers in downtown Grove City.

She’s excited to put her own touch on a sculpture for the middle school, and she’s been working on a few sketches that include an eagle — Grove City Area School District’s mascot.

The final size and design will depend on the budget, which can include in-kind donations like supplies.

The sculpture will be fabricated at George Junior, where the students can share their own input and ideas as it comes together, Sanders said.

Sarah trusts them to bring it to life. It’s a sense of pride for the George Junior students, Sanders said.

“This is something that’s from the hometown,” he said.

Once the final design is in place, the project will come together quickly. There’s typically a dedication ceremony held after the piece is installed.

Sarah, who said he classmates are also looking forward to the end result, will need to think about the message she wants the sculpture to send, Sanders added.

And the sculpture won’t be the only thing that Sarah leaves behind at the middle school. She also helped paint a rain barrel for the community garden outside Johnson’s classroom, where she painted some storage cabinets.