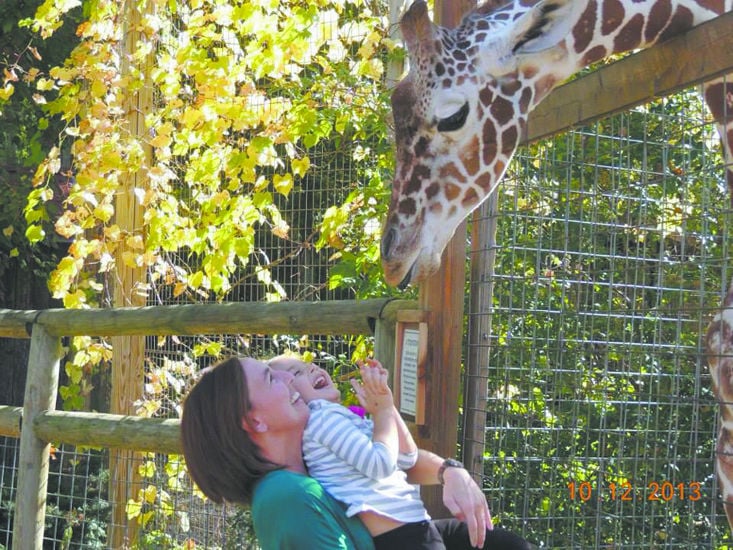 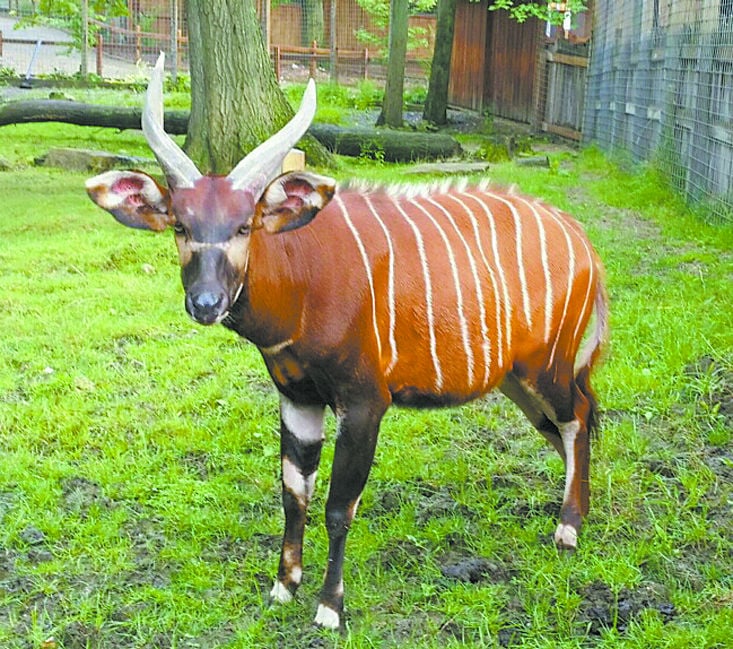 Antelopes, zebras and giraffes are among the many species that will call the park home.

Antelopes, zebras and giraffes are among the many species that will call the park home.

The final plans for Living Treasures Safari Resort in Liberty Township are near completion, and the owner is hoping to break ground this fall.

“We would like to get started as soon as the end of September,” Adam Guiher said Friday of the 143-acre property at 2264 Mercer-Butler Pike, also known as state Route 258.

There have been some minor changes to the plans since township supervisors approved them in November, which is to be expected for such a large project, Guiher said.

“The concept is all still very much the same,” Guiher said of first phase plans that include the safari park with animal exhibits, adventure park and more.

Now he’s waiting on permits for bridge work for one acre of wetlands to be finalized. Guiher was required by the state Department of Environmental Protection to do a study on some endangered plants and the King Rail bird; the site was found to be free of the birds and the bridge will ensure the wetland isn’t disturbed.

An architectural study was also completed, and Guiher hired independent specialists for each study. The final version of the plan will have to go through the planning commission.

If all goes as planned, construction will start this fall, and the first phase could open mid-to-late 2016, or early 2017 at the latest.

Later phases could include a water park and ropes course; Class 1 carnivores including lions and tigers in a secure display building; and possibly an indoor Class 2 cheetah breeding program, Guiher has said.

Phase one will feature the safari park with a bus tour that will travel through four regional exhibits – wide-open areas with animals like giraffes, zebras, antelope and bison as the main attractions, he said.

He’s also planning a zipline and adventure park that will be family friendly, and more exhibits for smaller animals like reptiles, amphibians and insects, plus a butterfly house.

He expects to have the largest breeding group of reindeer in Pennsylvania, and a large pavilion with a glass enclosure and observation deck looking out over the African exhibit; the pavilion can also host school groups, corporate events and weddings.

“We want to build a world-class facility,” Guiher said, adding that about 50 employees will be hired for phase one. He hopes the park becomes a tradition for families to visit on a regular basis, and notes that it’s in a unique location since it’s not far from larger cities like Pittsburgh or Cleveland, and new business construction is ongoing up the road in Springfield Township.

Once work begins, there shouldn’t be any traffic delays. No changes are being made to the main entrance on Route 258 at this time, and PennDOT has approved the traffic study.

Guiher has been working closely with Gateway Engineers, D3 Architects and Treetop Concepts, and he will be using as many local suppliers as possible during construction.

He addressed critics’ concerns about issues like whether the park will impact nearby residents’ drinking water, especially since many of them have wells. Book and Proch Well Drilling has worked in the area, and they told Guiher there won’t be any threats to the park’s neighboring properties, he said.

“We’re doing everything possible to preserve this ground and keep it in its natural state,” he said.

He also touched on a letter to the editor that ran in Saturday’s Allied News. Lindsey Gibson, writing on behalf of Born Free USA, said she felt township officials made a mistake by approving Living Treasures, without regard for residents’ concerns and risks associated with its exhibits.

She criticized businesses that have “exotic animals kept in captivity, especially in unsuitable cages, are subject to abuse, suppressed instinctual behavior, and an isolated lifetime behind bars.”

Gibson noted what she described as a “violent incident” between a lion cub and his father that was reported at the Donegal park.

Guiher pointed out that he does not own that park, which did address the incident on its Facebook page, saying the cub was not attacked by his father, and that inaccurate information had been making the rounds. Thor was born with a mental disability that restricts certain movements, and the pair has been separated to alleviate concerns from the public, he said.

Guiher said he didn’t want to single anyone out, but believes most critics don’t have much experience with the animals under Living Treasures’ care. Zoos and animal parks educate visitors and help prevent extinction, and backlash from animal rights groups is nothing new.

“These animals are some of the rarest in the world,” he said. “We believe there is real value in introducing western Pennsylvania to these species along with many others and we will continue to work to put people in touch with nature and animals.”

Guiher assures folks that there is good communication between the staff and management to ensure everyone is doing the best job possible to care for the animals. He realizes there will always be critics. Some of the concerns brought up during the public hearings focused on: declining property values; smells from animal waste; and noisy animals.

He continues to stress they’re taking the time to do things properly, and his experience and success with the Lawrence County park are proof, Guiher said, adding he believes visitors to his other park will be excited to learn that some of their current rare species will be housed at the new park – the Bongo antelope, Grevy’s zebra and Brazilian tapir.

Living Treasures has been supported by the local business community and has had positive feedback from a number of residents, which Guiher said is outweighing the opposition. “I’ve experienced that firsthand since I moved up here in April,” he said.

He and his wife Tanis are enjoying the area; they live near the park site and are renovating their new home, and welcomed their first child, Adalynn, on May 6.

“It’s only gonna get better as time goes on,” Guiher said.

You can read previous articles about hearings and meetings regarding the proposed animal park at www.alliednews.com