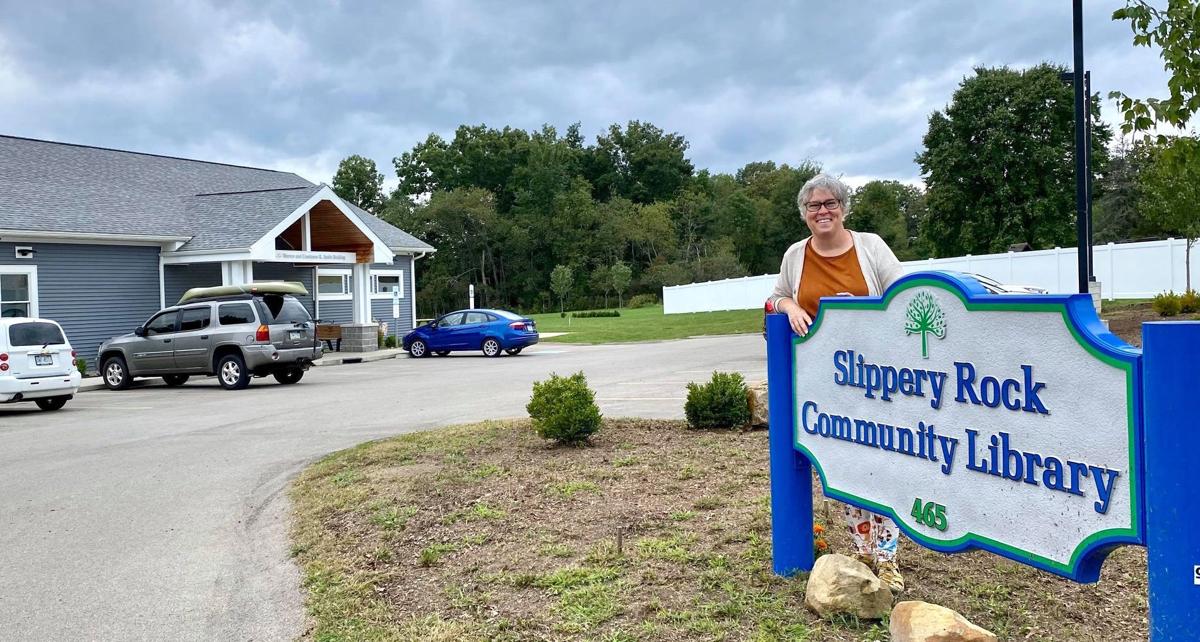 Karen Pierce helped Slippery Rock Community Library with its building project, expanding from a one-room library to a freestanding facility. 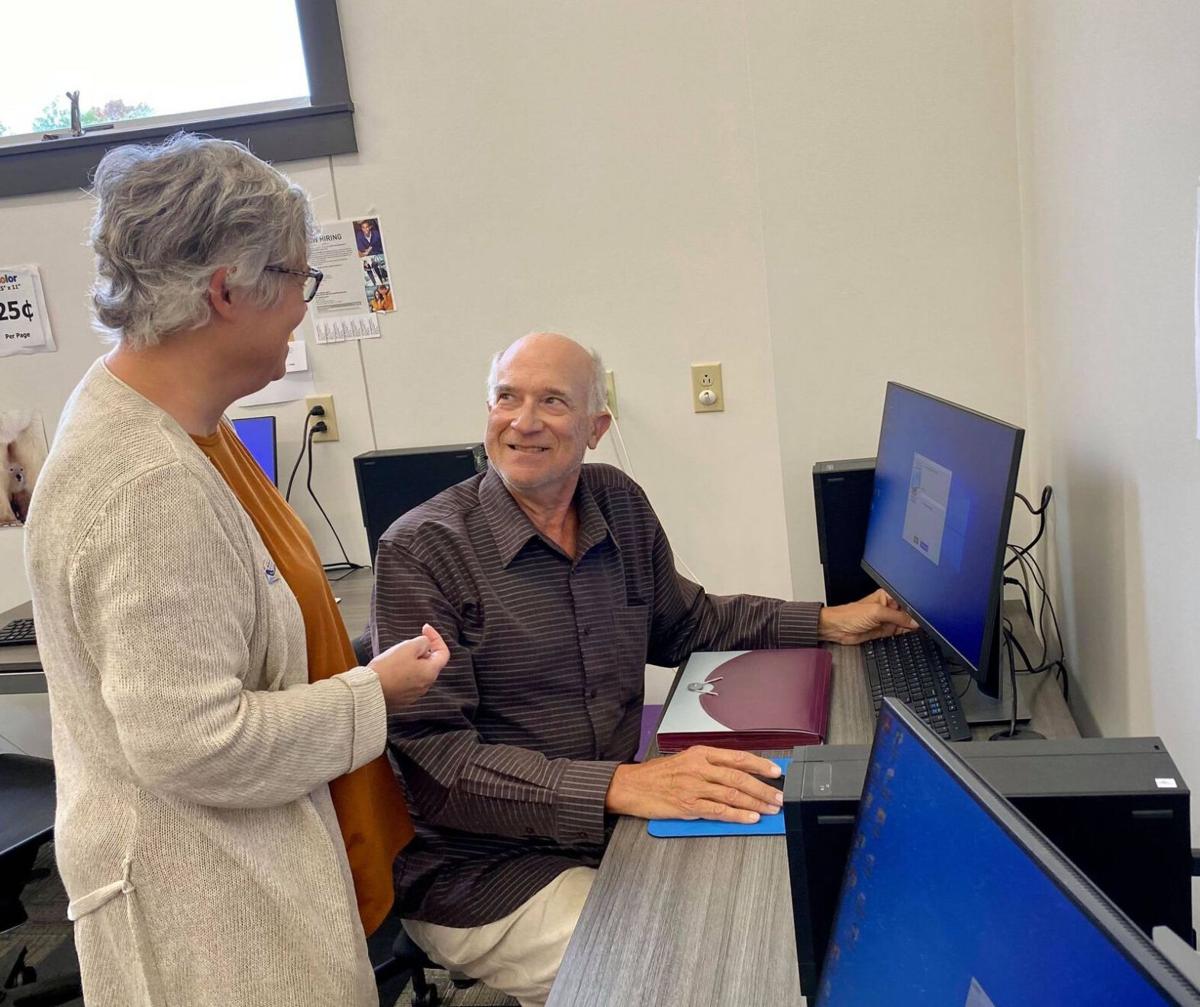 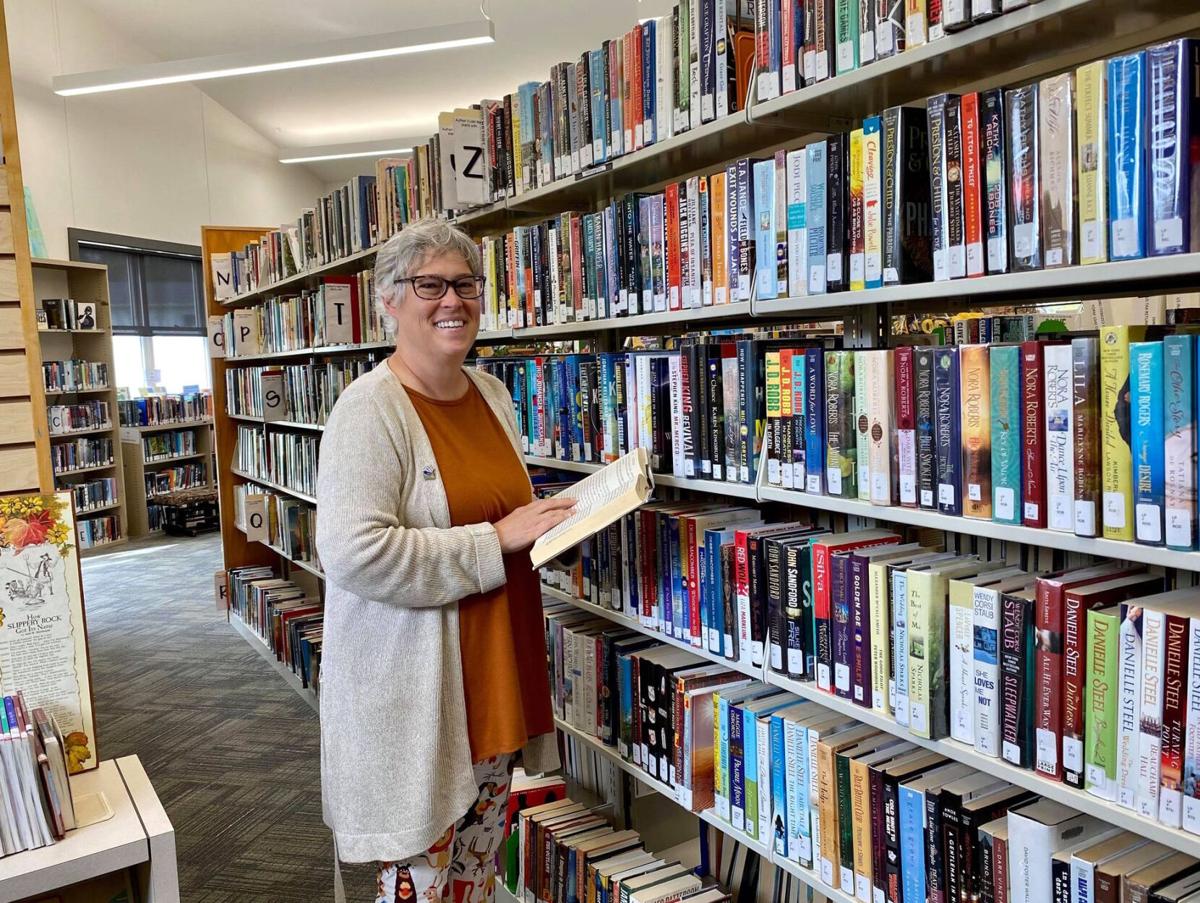 Karen Pierce shelves some books at Slippery Rock Community Library a few days before her final day as director. 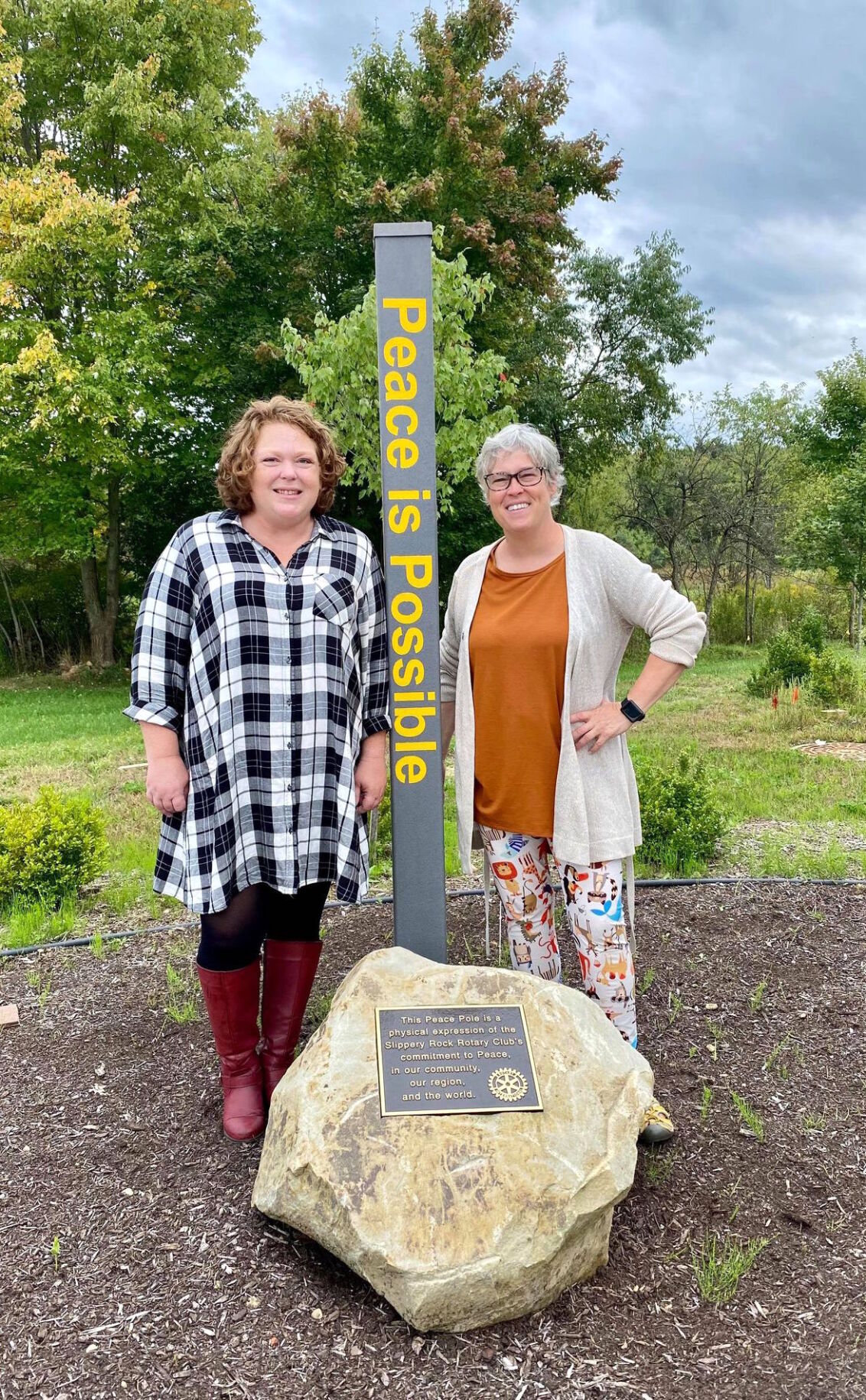 Tiffany Frampton, left, interim director of Slippery Rock Community Library, and Karen Pierce, former director, check out the Peace Pole in front of the library. The pole was a Slippery Rock Rotary Club project; Pierce is a member of the club.

Karen Pierce helped Slippery Rock Community Library with its building project, expanding from a one-room library to a freestanding facility.

Karen Pierce shelves some books at Slippery Rock Community Library a few days before her final day as director.

Tiffany Frampton, left, interim director of Slippery Rock Community Library, and Karen Pierce, former director, check out the Peace Pole in front of the library. The pole was a Slippery Rock Rotary Club project; Pierce is a member of the club.

After 13 years running the Slippery Rock Community Library, Karen Pierce is starting a new chapter in her life.

“I don’t know if there’s a part of the community she hasn’t touched,” Tiffany Frampton said.

Frampton, who previously worked as head of youth services, has taken over as interim director as Pierce prepares for her next role: manager of the Iroquois Branch Library, which is part of the Erie County Public Library system.

A reception was recently held for Pierce, giving residents a chance to say goodbye and wish her well.

“There was lots of remembering about how the library has grown,” said Pierce, who starts her new job on Oct. 5.

When Pierce was first hired by the library in August 2008, it was located in a 283-square-foot room in the rec center at Slippery Rock Community Park.

Before that, books were housed there in an enclosed porch. There was also a bookmobile at one point.

The library has come a long way, opening the new facility in 2018 after a lot of fundraising and planning, and Pierce is proud to have been part of that.

“We were really ready for that expansion,” she said, recalling the tight quarters with floor-to-ceiling bookshelves.

Patrons are still excited to have the larger library, which has ample space for a children’s area, story time, computers, a meeting room, guest speakers, classes and more.

Pierce was raised in Long Valley, N.J., a daughter of the late Bonnie Kay Eberhart and Jess Eberhart. Pierce and her husband Jim moved to the Slippery Rock area when he took a job in Ellwood City.

She previously worked for Always Summer Herbs just outside of Slippery Rock.

When the library started looking for a new director in 2008, Pierce was already familiar with it; she and her three children were regular patrons.

She settled into the job quickly, falling in love with the idea of being part of a grassroots organization that was working toward its own standalone building.

Pierce earned a degree in library sciences from Clarion University, and she thinks about how her mother would be proud of her.

“She would just be so tickled that I became a librarian,” she said.

Her mother was a small-town mayor who strongly believed in public service and being kind and helpful.

And those qualities are an important part of the job that Pierce has come to enjoy. It’s rewarding to help patrons discover a new book or learn about all of the resources available at the library.

“That’s really a big component of being a small-town librarian,” said Pierce, who is reading “The Middle Ground” by Richard White; it focuses on Indian history in the Great Lakes region.

And smaller libraries can offer just as many resources as larger libraries, though a lot of that comes down to funding and dedicated staff and volunteers.

“The library can enrich everyone’s life,” she said.

Pierce started a book club, fitness classes for senior citizens and ham radio courses. The library also has a variety of children’s programs, printing and faxing services, computers, a detective club and more.

She will look back on the library with fondness, happy to know that it is a positive place for community members.

Pierce will miss the friends she’s made but looks forward to making new connections in Erie.

And she will be back to visit. That includes the Oct. 16 Slippery Rock University homecoming parade, where the Slippery Rock Community Library will have a float.

“People should be on the lookout for Miss Frizzle,” she said of the teacher from “The Magic School Bus” books.

She knows that she is leaving the library in good hands with Frampton, whom she thanked for support along with the library’s board members and the Friends of the Library.

Pierce isn’t one to toot her own horn, Frampton said, adding that Pierce received special recognition from Slippery Rock borough plus the Pennsylvania House of Representatives.

“I have so much respect for her,” said library board member Cara Hastings.

Jan Forrest, a member of the Friends group and former president of the board, worked very hard to help bring the new library to fruition, Pierce said.

Forrest visits the library on a regular basis and enjoys the Geri Fit exercise program. Royce Lorentz is another former board member who is often spotted at the library, where he volunteers.

Pierce will be greatly missed and has left a big impact on the library and Slippery Rock area, he said.