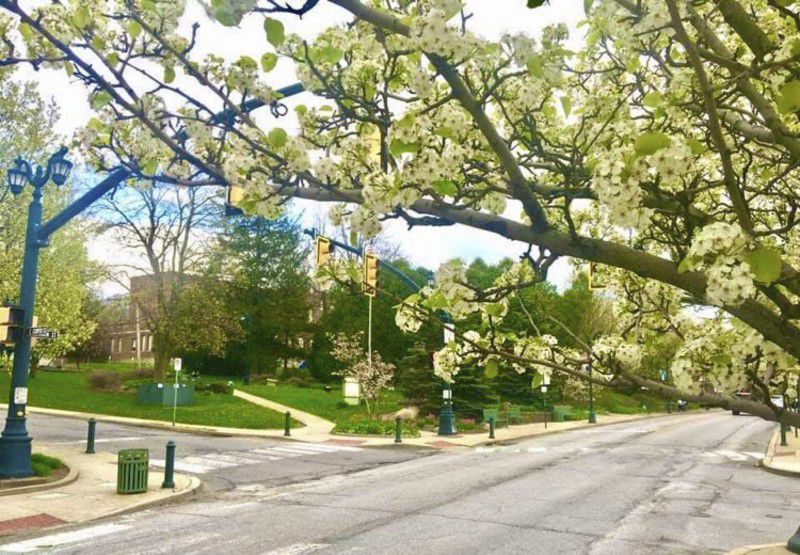 Contributed | Slippery Rock in BloomSpring is in the air in Slippery Rock, though Main Street is quiet because of the COVOD-19 pandemic. 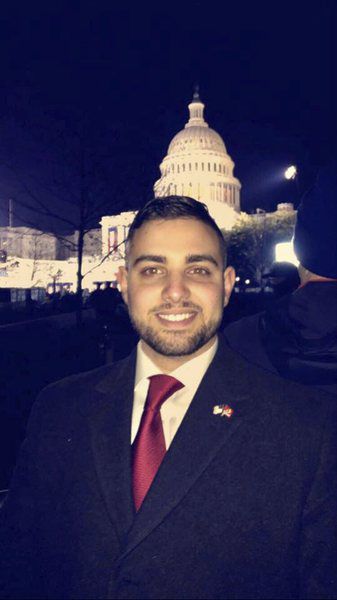 Contributed | Slippery Rock in BloomSpring is in the air in Slippery Rock, though Main Street is quiet because of the COVOD-19 pandemic.

“Some folks are starting to get desperate. It keeps me up at night,” Jondavid R. Longo said on Monday.

On May 1, Wolf announced that some counties would be moving to the “yellow” phase on May 8, meaning that some restrictions will be relaxed.

Mercer and Lawrence counties will be “yellow” come Friday, but neighboring Butler County remains in the “red” phase – only essential businesses can be open, among other mandates.

The people who live and work in the Slippery Rock area – the 16057 ZIP code – are struggling because of the shutdown, Longo said.

“We can’t afford it any longer,” he said.

He is disheartened that despite the low numbers of positive cases in the area, the borough is being lumped in with the rest of Butler County.

According to the Pennsylvania Department of Health, there have been six confirmed cases in the 16057 ZIP code, which is home to 15,000 residents, he said, adding that the surrounding communities look to Slippery Rock for leadership.

Slippery Rock should be able to move to the “yellow” phase this week, especially since the borough is not close to more heavily populated areas like Pittsburgh and Erie, Longo said.

Business growth has been put to a halt and is going in reverse, and he fears that many of those currently laid off won’t have jobs to return to when the restrictions are lifted for the Slippery Rock area.

Residents and business owners have been coming to Longo with their questions and concerns, which include trouble filing for unemployment and keeping up mortgages, rent and other bills.

Certain restaurants are offering take-out and delivery orders, but he believes that some businesses might fail for good. He feels that the Slippery Rock area doesn’t pose a threat to public health.

Slippery Rock University has been conducting classes online, so there are fewer people in town.

But that also means that 9,000 students and 1,000 staff and faculty members are not around to spend their money in the Slippery Rock area.

Longo is confident that if Slippery Rock is given the chance to reopen some businesses, things will run smoothly and folks can better help local businesses stay afloat.

“We can’t be scared. We can’t hide in the house forever,” he said.

More families are relying on food pantries and meals from Slippery Rock Area School District, and thankfully those places are doing a wonderful job of supporting the community, he said.

Longo has been seeing people volunteer their time and money to help those who are less fortunate, a reminder that Slippery Rock is a great place.

On Sunday, Longo declared May 3 “Bells Across Pennsylvania Day in Slippery Rock.”

He asked people to complete an act of kindness for people working on the front lines during the pandemic, and he asked residents to show their support at 7 p.m. by doing something to make noise, like ring a bell or honk a car horn.

“That was really awesome,” he said.

The tulips planted by Slippery Rock in Bloom have opened up all over town, and the Slippery Rock Community Library has been hosting lots of fun live videos, he said.

“She always has a smile,” Longo said of Karen Pierce, library director.

Though he feels that boosting morale during this time can only go so far for some people.

People need something to look forward to in the wake of so many things being canceled, like the Slippery Rock VillageFest held every September, he said.

He hopes that things return to normal quickly, and wonders if a smaller version of the festival can be organized.