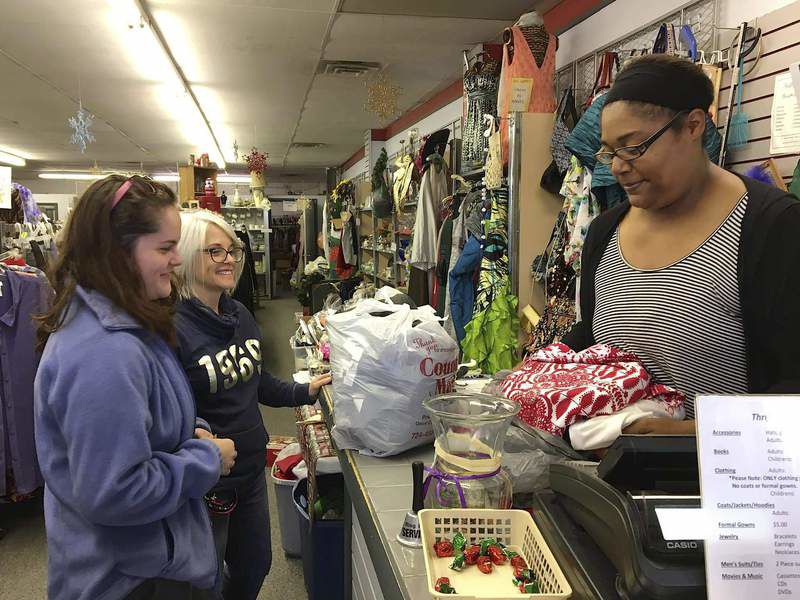 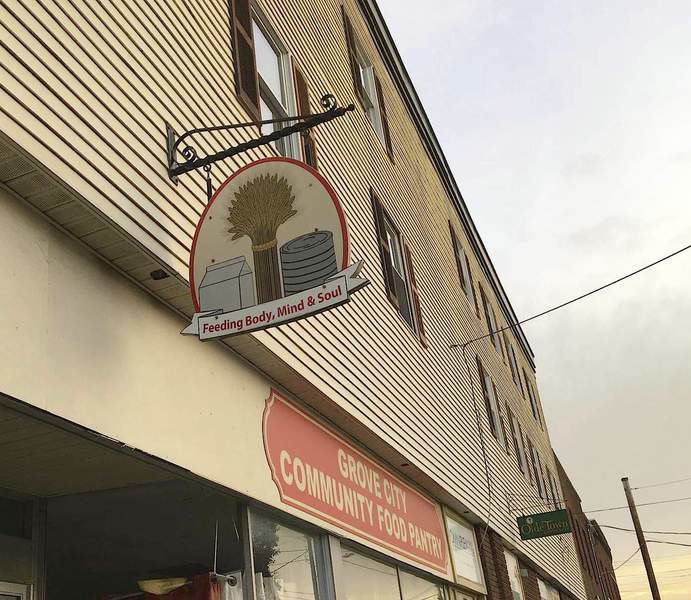 The holiday season is the busiest time of year for the Grove City Community Food Pantry. 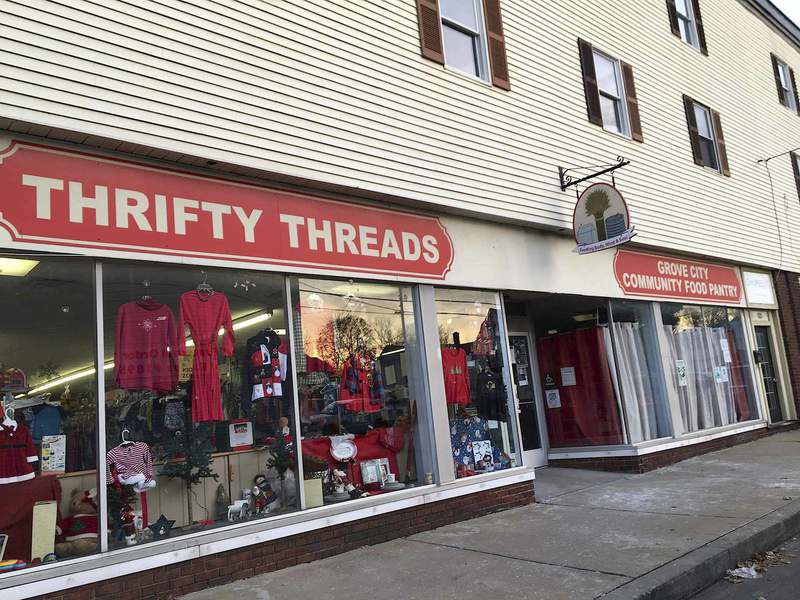 Businesses and individuals have been reaching out to support Thrifty Threads and the Grove City Community Food Pantry following a burglary; someone stole about $250 from the store.

The holiday season is the busiest time of year for the Grove City Community Food Pantry.

Businesses and individuals have been reaching out to support Thrifty Threads and the Grove City Community Food Pantry following a burglary; someone stole about $250 from the store.

GROVE CITY – Word spread quickly that Thrifty Threads had been burglarized, and the community’s response has restored Traci Gerard’s faith in humanity.

“I cannot help but be touched to my soul. ... It means the absolute world to me,” she said on Monday afternoon as she closed shop.

Gerard is executive director of the Grove City Community Food Pantry, which gets some of its funding from merchandise sold at the Thrifty Threads secondhand store, 114 S. Center St.

Police are still investigating the burglary, which reportedly happened last Wednesday night. Someone stole about $40 from the cash register, and a container that had just over $200; that money was being collected to buy holiday turkeys for food pantry clients.

Gerard discussed the incident with food pantry board members, and the organization posted about the crime on Facebook Monday morning, asking anyone with information to please come forward.

“We currently have 550 families on our register, and each and every one of them will be thankful for your help,” they wrote.

The stolen cash has since been replaced many times over, and the donations and support are still coming in.

People of all ages stopped by Thrifty Threads on Monday to leave donations or offer a hug. One little boy gave Gerard $3 after he found out what had happened.

“It’s just amazing to me,” she said, standing near a sign that reads “Spread Kindness!”

Several shoppers said it was a shame to hear about the burglary, but they are glad to be able to keep supporting the store and food pantry because they are great organizations.

A woman named Christine from Hermitage who declined to share her last name said that Thrifty Threads has helped her family with affordable items, especially children’s clothes. “I wouldn’t be where I’m at without them,” she said.

Another woman quietly handed over a check, asking Gerard how she was holding up.

A few minutes later, a young woman approached Gerard to ask about helping the organization with a GoFundMe account.

“We just really like to help people,” said Avalon Parsons.

She and her friends Olivia Whiteman and Paige Crawley are studying entrepreneurship at Grove City College. When they heard about the burglary, they knew they wanted to help the store.

Ann Marie O’Rourke, manager of Olde Town Grove City, was shocked by news of the burglary, which happened during the pantry’s busiest time of year.

But she is not surprised by all of the people who are reaching out.

“Grove City is known for taking care of their own,” she said.

Gerard is still a little shaken up by the burglary, but she can’t bring herself to have any ill will toward the suspect. Gerard believes that someone familiar with Thrifty Threads somehow gained access to the building; the store’s main entrance was not damaged.

When Gerard was preparing to open the store on Thursday morning, she noticed some items on the floor behind the counter, like someone had been looking for something in a hurry.

The turkey fund container was gone, but the burglar left behind a donation jar for the food pantry, and they didn’t take all of the money from the cash register.

“Obviously they needed it more than we did. ... Pray for the people who stole this money,” she said.

It appears someone tried and failed to pry open a safe, police told Gerard.

Gerard takes a lot of pride in Thrifty Threads and the food pantry, and she’s not going to let this small setback get her down.

She always tries to look for the good in others and said that the food pantry will keep working hard to provide for the community.

She urges anyone with information about the burglary to contact Grove City police at 724-458-7925.

Checks can be made payable to Grove City Community Food Pantry and mailed to 114 S. Center St., Grove City, PA 16127.