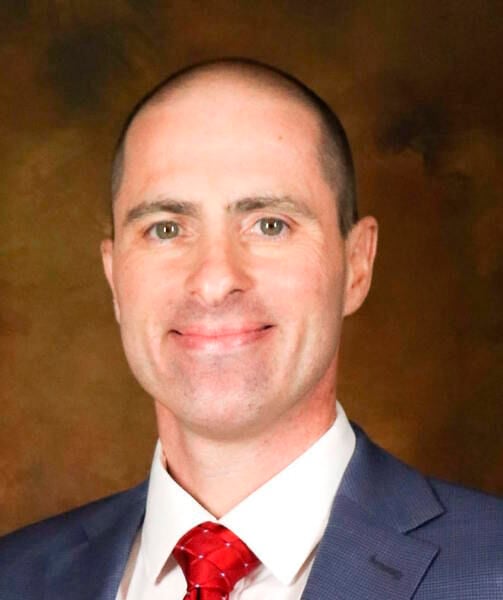 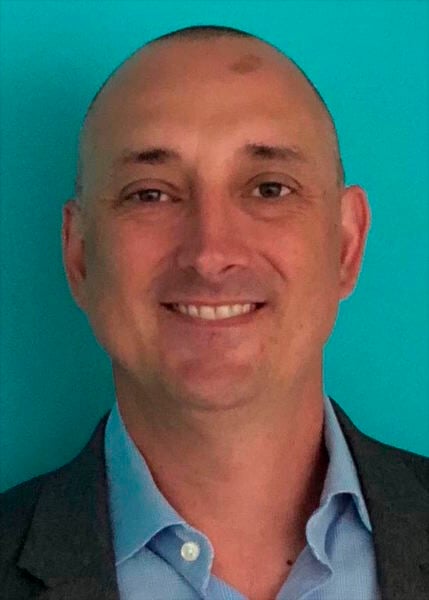 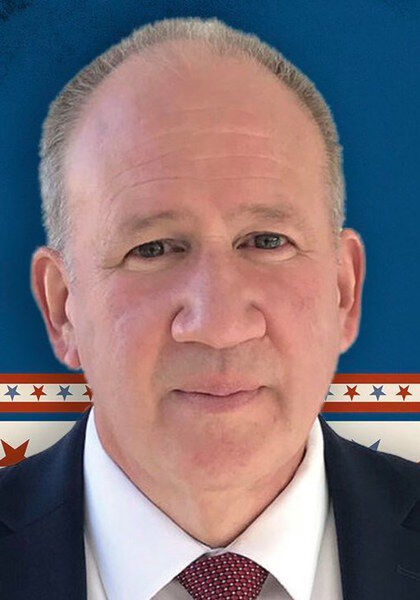 A retired prosecutor, an attorney, and a software specialist are in the running for the district judge seat based in Slippery Rock.

Jeffrey Steele, Russell D. Karl and Joe Nash have all cross-filed on the Democratic and Republican ballots for the six-year term.

The office of magisterial district judge 50-3-01 is currently held by District Judge William S. O'Donnell, who is retiring.

Steele lives in Slippery Rock with his wife Annessa and their three children and two dogs.

He was born and raised in the borough and is a graduate of Slippery Rock High School and Slippery Rock University, where he studied sports management.

This is Steele's first time running for office. He believes his leadership skills and understanding of the Slippery Rock area would make him a good fit for judge, and a few community groups encouraging him to seek office.

He considers himself to be like his father, Ron Steele, who is known to be fair and blunt, not one to mince his words.

The elder Steele is a longtime member of the fire department and serves on borough council.

Because of the community's familiarity with the Steele family, he feels that people who visit the district court would be more comfortable with someone they know and recognize.

"It's just such a natural fit," he said.

Steele previously owned a small convenience store in Butler; served as director of the YMCA in New Castle and Butler; is a member of the planning and civil service commissions in Slippery Rock; is involved with youth sports; and works in the athletics department at SRU.

Because of his time at SRU, he understands where the students are coming from and their backgrounds, which would be helpful for when those individuals have to appear in court.

People want a judge who is relatable and approachable and looks at issues from all sides with compassion and common sense, he said, adding that a good judge knows that mistakes don't define an individual.

A district judge can have a huge impact on a community, even for those who may never step foot in the courtroom.

Steele is prepared to take on the busy schedule that comes with the position; that includes being on-call some nights, weekends and holidays.

He doesn't have a background in law, but feels he'd bring a fresh perspective to the role.

He is founder of a local youth basketball league, is a little league board member, belongs to St. Faustina Parish, and enjoys spending time with his family, golfing and following Michigan State sports.

Nash lives in Mercer Township with his wife Megan and their four children. He has worked as an attorney for 14 years and owns Nash Law Office in Slippery Rock, working on criminal law defense, bankruptcy, wills, estates and family law.

Any residents concerned with the well-being of the community should also be concerned about the role of their local district judge, said Nash, who is from Bradford, Pa.

"In a lot of ways it's the community caretaker," Nash said.

He believes he is uniquely qualified for the position because he spends time in the local courts on a regular basis; that includes representing SRU students.

A good judge should be firm, competent, kind and understanding and show grace, remembering that those who come before the bench might be experiencing the court system for the first time.

The judge is a fellow community member who should make sure that courtroom visitors are not scared or intimidated, Nash said.

Nash has been sharing his "Common Sense Plan for Our District Court" with voters; it focuses on fairness, keeping the community safe by being tough on criminals, helping guide young adults, making the court a place where victims feel safe, and running an efficient and effective court.

He is a graduate of the University of Kansas and Penn State University. During law school at PSU, he interned for the Pennsylvania Attorney General's Office and the United States Attorney's Office.

Nash enjoys fly fishing and is a trustee for Slippery Rock Community Library, a member and part of the board of the Slippery Rock Rotary Club, and a board member of Growing Together Aquaponics Inc.

He has volunteered as a den leader with Cub Scout Park 310, served on the board of Gateway Community Church in Slippery Rock, and was president of the school board at Grove City Christian Academy.

Karl lives in Slippery Rock with his wife Laurie, and he recently retired from the Butler County District Attorney's Office, where he worked as an assistant district attorney for 16 years.

The Erie native has 32 years of experience working in the legal system; that includes serving as a public defender for Butler County for two years, and running the county's adult and juvenile probation programs and Children and Youth Services.

More people are impacted by a district judge than any other judge, he said, citing court proceedings for common infractions like parking tickets, small claims and landlord-tenant disputes, Karl said.

A district judge may also deal with juvenile offenders and should be out and about doing community outreach.

"They get to meet and know the person," Karl said.

He has been endorsed by the three district judges who preceded O'Donnell: Tim Shaffer, Clifford Woessner and Pete Watson; and the members of the Butler County Fraternal Order of Police.

"I'm endorsed by the people who have the job and know what the job entails," he said.

Karl ran for the Slippery Rock district judge post about 10 years ago against Shaffer, who was elected.

Karl, who enjoys working with people and vows to treat everyone fairly, also worked as a private attorney, ran adult and juvenile probation in Clarion County, and was a paralegal professor at the DuBois campus of Penn State.

He is president of Slippery Rock borough council; belongs to the Church of Jesus Christ of Latter-day Saints, where is branch president; and he's a member of Brady Paul F.O.P Memorial Lodge 54 and the Butler County Law Enforcement Officers Association.

Karl has coached youth sports and served on the Boy Scouts Council.

He enjoys spending time with his wife, children and grandchildren, and kayaking, biking, walking, and riding his motorcycle.

For more information about elections in Butler County, visit www.butlercountypa.gov/160/Bureau-of-Elections