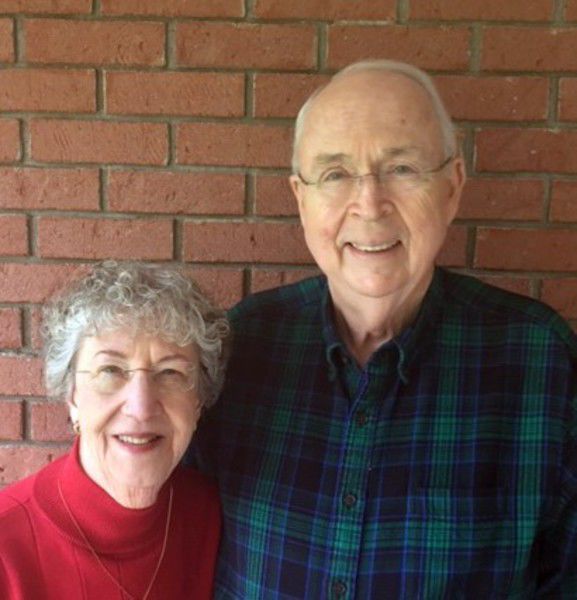 ContributedDave Jervis, pictured with his wife Joanne, is recovering from COVID-19. The family lives in Pine Township. 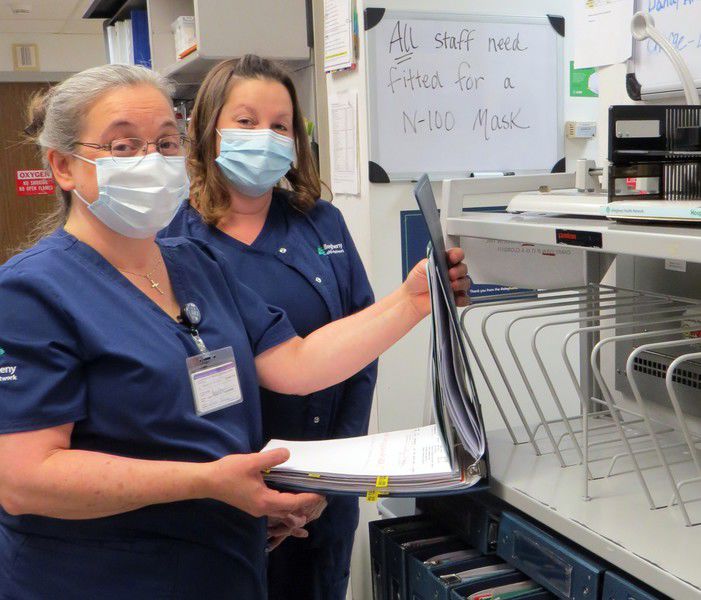 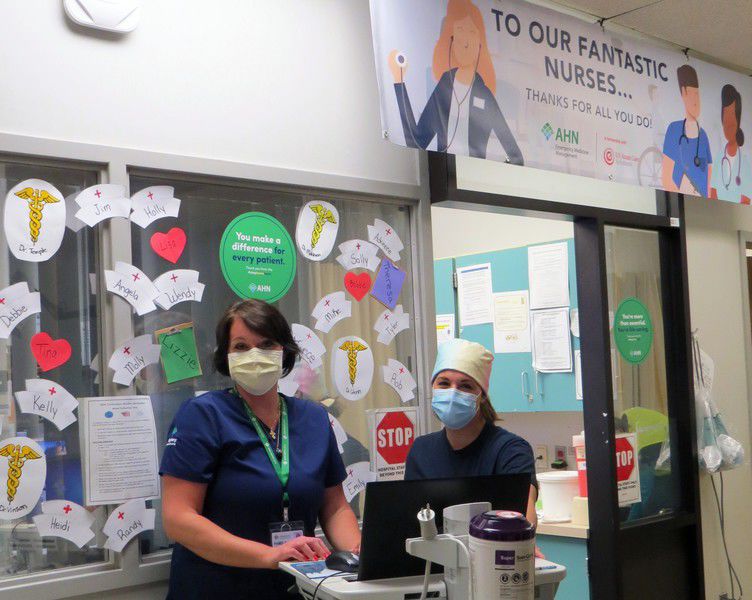 ContributedDave Jervis, pictured with his wife Joanne, is recovering from COVID-19. The family lives in Pine Township.

PINE TOWNSHIP – If Dave Jervis tried to write down the names of everyone he wants to shower with gratitude, it would be a long list.

Jervis, 77, who lives in Pine Township with Joanne, his wife of 53 years, credits faith, prayers and the staff of AHN Grove City with helping him recover from COVID-19.

“I’m the most grateful guy in the world,” he said by phone on Thursday, the National Day of Prayer and second day of National Nurses Week.

After nearly three weeks in the hospital, Jervis said he is glad to be back at home.

“Every day is a little better,” said Jervis, a 1961 graduate of Grove City High School who is retired from the National Park Service.

When Jervis first started hearing about COVID-19, he said he was concerned because of his advanced age and respiratory issues that date to his childhood.

He was diagnosed with asthma five years ago, so he made sure to follow the precautions and restrictions recommended by the U.S. Centers for Disease Control and Prevention.

His wife and grandson Josh Worley also followed the guidelines. Worley is a Grove City College student from Alexandria, Va., and he’s been staying with his grandparents while he completes his courses online.

“I can’t tell you where I got it,” Jervis said of not knowing how he contracted the virus.

He went to the emergency room at AHN Grove City on April 7. At the time, he was already taking antibiotics for bronchitis.

Jervis respiratory problems seemed to be worsening. He was diagnosed with double pneumonia and admitted to the hospital.

He was tested for COVID-19, and the results came back positive on April 9. He was placed in an area of the hospital reserved for confirmed or suspected COVID-19 patients.

Jervis said he couldn’t take all the recommended treatments because of potential negative interactions with his heart medication.

He was experiencing shortness of breath, fatigue, fever and thick saliva. He received oxygen, but didn’t need to be put on a ventilator. He was grateful for that.

To help with breathing, Jervis was instructed to keep changing his positions in bed — moving from his side, then to his back and stomach.

On April 16, one of the doctors called Joanne Jervis at home to say that her husband was being admitted to the intensive care unit. He had a respiratory blockage, and he needed more attention.

The medication didn’t seem to be helping, and a CT scan showed more problems in his lungs, Joanne said.

That afternoon, Dave said he felt a “distinct” loosening of congestion in his head and chest. He rolled over and noticed the time was 2:05 p.m.

“I think He simply chose that time as a reminder of the value of prayers,” Dave said of God.

Before that, Dave said he wondered if the virus might “win.”

“But the prayer won,” he said.

Also on April 18, their daughter Donna Worley drove from Virginia. She knew the hospital wasn’t allowing visitors, so she stood next to the first-floor window of his hospital room, where she held a paper with a heart drawn on it and talked with him on the phone.

“She said it was worth 10 hours of driving,” Dave said.

At home, Joanne remembered to trust her faith, and said the family has been blessed with friends and neighbors praying, calling, cutting the grass, bringing meals and running errands.

“This was the most humbling time in my life,” she said.

But Dave said the recovery took more than faith.

When he was discharged at noon April 26, his wheelchair was pushed between two lines of hospital employees clapping and cheering for him.

“The care was fantastic,” he said.

Dave said he still some some shortness of breath but is starting to feel like his normal self. He’s no longer contagious, and his wife and grandson never exhibited any symptoms of the virus.

All three of them will soon be getting antibody tests for the virus, and Dave said he’s working at keeping everyone’s spirits boosted with one-liners.

Dave tells people that oxygen is his new favorite element and, while he lost 20 pounds, he doesn’t suggest COVID-19 as a weight loss program.

The Jervis family is glad to see that some restrictions are being lifted in Mercer County, though they remind folks to be careful and take the virus seriously.

The experience has taught Jervis to rethink his priorities and count his blessings. He’s thinking about how he can serve others, and wants to spend his time wisely.

“I want my life to look different somehow... I’ve been given more time, and that’s a great thing,” he said.

As National Nurses Week comes to an end Wednesday, nurses at AHN Grove City said the COVID-19 pandemic has been challenging, but most people are understanding about taking the necessary precautions.

Not being able to have visitors can be tough for patients, but technology helps them stay connected.

The “unknowns” of this virus can be stressful, so it’s important for the nurses to let the patients know that people care about them, Ficca said.

Dolling said passing along caring thoughts and action is just as important as passing medication.

“We’re lucky because our nurses have those skills and qualities,” said JoAnne Clobus, the hospital’s vice president of marketing and public relations.

The three health care professionals said that, while people might not like protocols set by the CDC and Department of Health, everyone needs to follow them for the benefit of all.

“Anybody can get it. It is not just like the flu,” Clobus said.