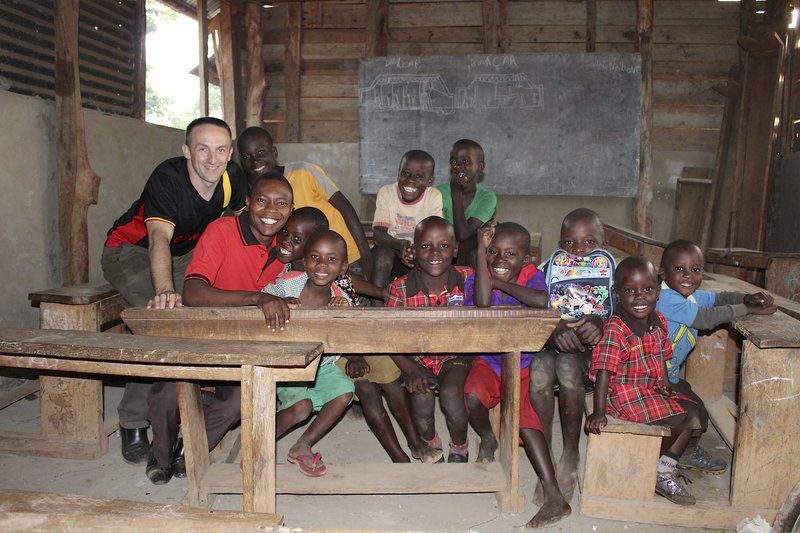 CONTRIBUTEDBrian Saunders, left, of Grove City, visits Uganda every year to see the work that his organization, Shared Hope for Orphans Worldwide, is doing for the residents. 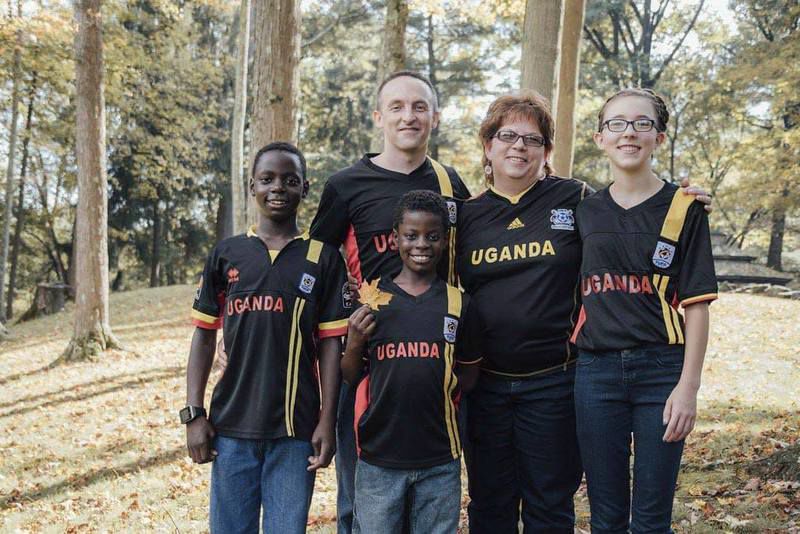 ContributedMembers of the Saunders family include, from left, Joel, Brian, Yusuf, Kimberly and McKenzie. Brian and Kimberly Saunders founded Shared Hope for Orphans Worldwide in 2016.

CONTRIBUTEDBrian Saunders, left, of Grove City, visits Uganda every year to see the work that his organization, Shared Hope for Orphans Worldwide, is doing for the residents.

ContributedMembers of the Saunders family include, from left, Joel, Brian, Yusuf, Kimberly and McKenzie. Brian and Kimberly Saunders founded Shared Hope for Orphans Worldwide in 2016.

When Brian and Kimberly Saunders adopted two boys from Uganda in 2015, they knew their work there was not done.

After visiting the orphanage where Joel, 10, and Yusuf, 12, had been living, they were inspired to create Shared Hope for Orphans Worldwide, or SHOW.

“The kids would eat maybe once a day. Basically, they’re starving,” said Saunders, president of SHOW.

The nonprofit organization was founded in 2016 by Brian and Kimberly Saunders of Grove City. Their family includes their other children, McKenzie, Josh, Tyler and Micah.

They did foster care for years and decided to adopt, running into difficulties with the process in the United States.

“We decided to take the leap and go to Africa,” Saunders said.

A visit to Africa had been on his mind since he was seven years old – he saw a television clip about how children in Africa needed help.

When his family adopted the two boys, they realized that many more children were suffering, and they started SHOW.

The organization’s mission is to show the love of God to orphans and those in need around the world.

Joel and Yusuf remember that it wasn’t long ago that they had to beg for food, and they help their parents raise money because they know that the children in Uganda really need it.

“They’re grateful. They pray for them every day,” Saunders said.

SHOW is funded by donations and fundraisers, and people who sponsor a child in Uganda.

Sponsors – Saunders calls them “life changers” – can write to the children and talk to them via video chats.

Those contributions provide food and resources and tools to help the locals in Uganda learn how to support themselves.

“Our goal is to empower them to become self-sustaining,” Saunders said.

There is a director in Uganda working with SHOW to coordinate income-generating projects like banana and sugar cane plantations and dairy cows.

Those ventures must employ local people, and while it took some getting used to, the residents are very receptive, Saunders said.

SHOW funds also support a school for kids up to seventh grade; there are 350 to 400 students each year.

There are boarding facilities for students who need somewhere to live, and they receive three meals a day.

The next step includes sending those residents to other communities so they can share what they’ve learned.

Also coming up is SHOW’s next mission trip to Uganda. Saunders has visited nine times, and he’ll be returning in January or February.

Anyone interested in helping SHOW is welcome to come along. He’ll be checking on the residents’ projects and making sure they know what’s expected of them.

“We have to have a plan for the entire year,” he said.

Saunders will also be checking on the community’s first well, which is currently being drilled. It will provide cleaner water, and the director of the compound is very excited, Saunders said.

“They never expected it to happen. It was God’s doing,” he said.

With more than 2 million orphans in Uganda, the Saunders family knows that their guidance is greatly appreciated.

SHOW is thankful for support and donations from individuals and organizations, especially Tower Presbyterian Church in Grove City.

“It’s amazing. I give all the praise to God,” Saunders said.

For more information about Shared Hope for Orphans Worldwide, call 724-822-1960, or visit the organization’s Facebook page or website at showorldwide.org