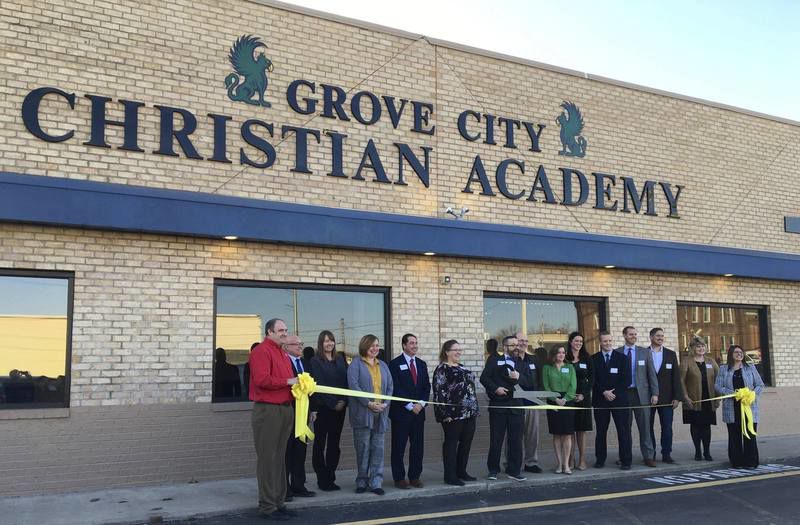 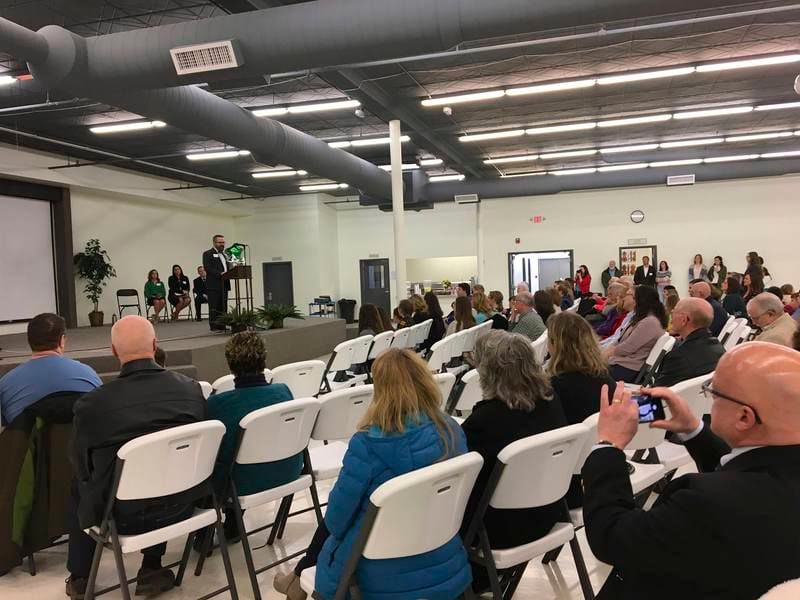 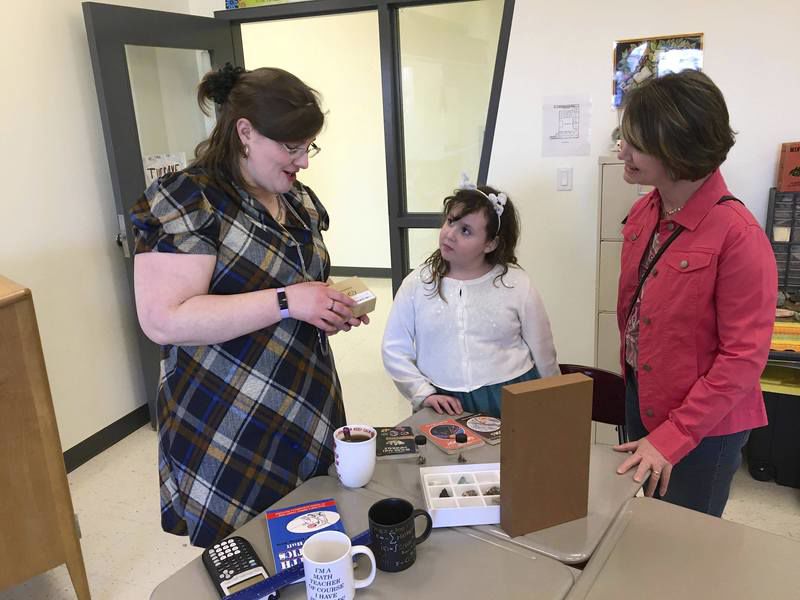 The pair toured the new facility for grades five through 12 on Friday afternoon during an open house that attracted a number of families and community members.

Lydia, 8, is in third grade, and she attends classes at the academy’s Madison Avenue building, which serves students in pre-kindergarten through fourth grade.

Lydia and her mother were checking out one of the classrooms and looking at rocks with Annie Laurie Holfelder, who teaches seventh- and eighth-grade math, science and technology.

Everyone soon gathered in the main assembly room for a ceremony led by the academy and the Grove City Area Chamber of Commerce.

The new school took a lot of planning and prayers, and it is an amazing use of space, said Beth Black, the chamber’s executive director.

“Thank you for taking that leap of faith,” she said.

Adam Cook, president of the chamber’s board of directors, added his congratulations followed by Lisa Pritchard, who was representing Olde Town Grove City.

The school is a jewel, and the academy has so much to be proud of, she said.

“We’re excited you had the vision to do it,” Pritchard said.

Academy Headmaster Sidney Henriquez talked about how prayers from so many people made this project possible, starting back in 1970, when parents from area churches met to discuss Christian education for local students.

The area’s first Christian school opened in 1971, and it eventually split into multiple schools with various name and location changes.

The Grove City school opened in 1983, and it became “Grove City Christian Academy” in 2001.

The academy’s Madison Avenue building became permanent in 2011, and Henriquez said he is grateful that God provided the Mill Street property, which the school leases from the Grisnik family.

Board member Joe Morris, facilities committee chair, recalled one evening that he visited the building while it was a work in progress.

He was feeling overwhelmed by the project, and he prayed for God to take control. It’s been a whirlwind, but God provided.

“You show yourself to be our great provider,” Morris said.

He asked God to empower everyone involved with the school, which he believes will be a blessing to the community as a whole.