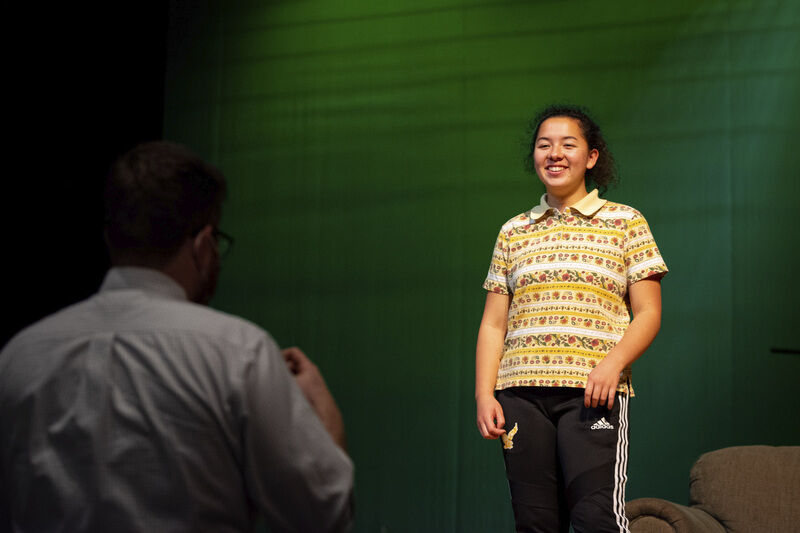 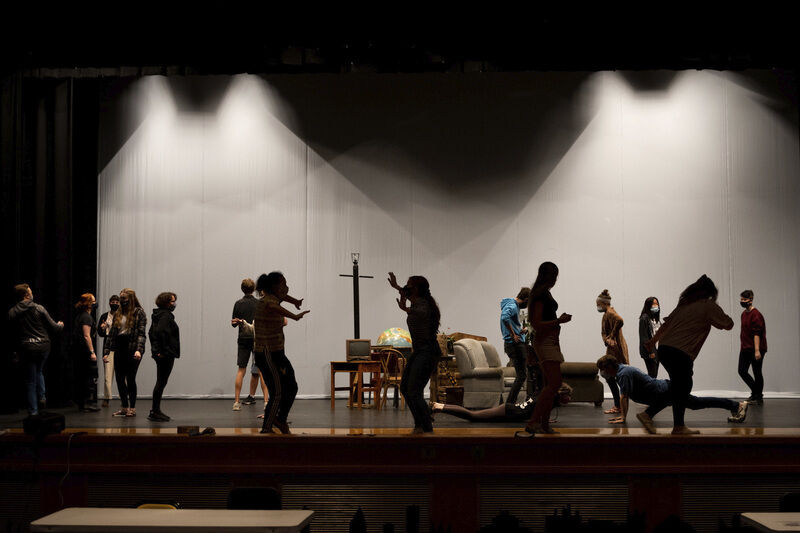 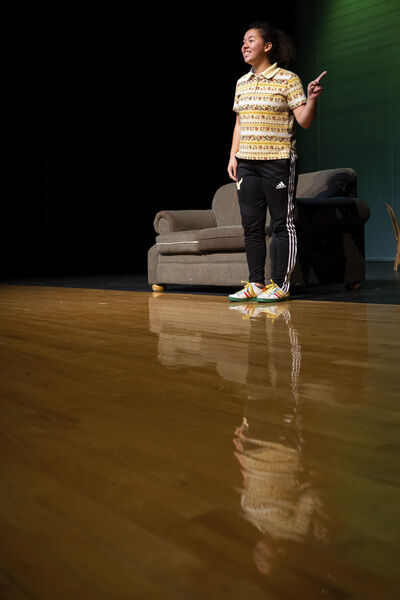 TANNER MONDOK | Allied NewsGrove City High School student Mary Coulter rehearses her monologue. As an unexpected extension of the 2020-year-themed play, the performance will be virtual instead of in front of an audience in the auditorium. 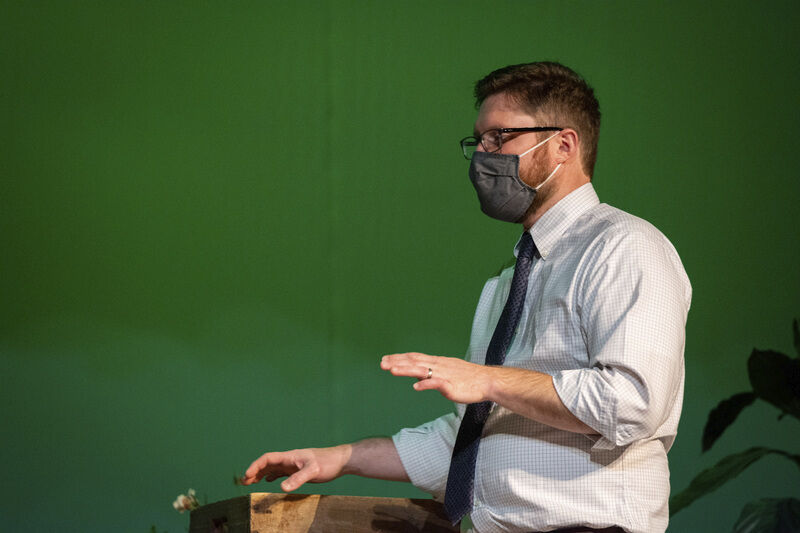 TANNER MONDOK | HeraldDirector Patrick McElroy talks with his students during a rehearsal. 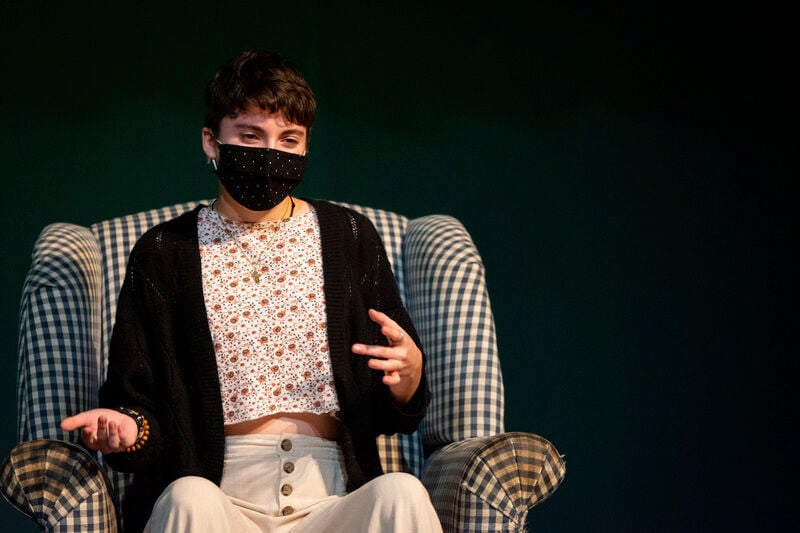 TANNER MONDOK | Allied NewsGrove City High School student Mary Coulter rehearses her monologue. As an unexpected extension of the 2020-year-themed play, the performance will be virtual instead of in front of an audience in the auditorium.

TANNER MONDOK | HeraldDirector Patrick McElroy talks with his students during a rehearsal.

The performance focuses on the ups and downs of 2020, which means the pandemic will play a role.

The students had planned to perform the show live for their families at the high school auditorium Nov. 19 through 21 with the production being livestreamed for all audience members, said Pat McElroy, director.

The setup incorporates social distancing – with students performing one at a time monologues they wrote themselves.

Alternate arrangements were made quickly. The students recorded their monologues Saturday, and the production was released on YouTube on Nov. 19.

Links will be posted on social media and the district’s website, www.grovecity.k12.pa.us

McElroy said last week that he had been preparing for a potential school closure that would impact the play.

He said everyone in the department is excited to share their intimate and personal experience through “Lost and Found,” especially since the spring musical, “Mary Poppins,” was canceled by the state’s order to close schools in March.

The production is a collection of monologues written and performed by 18 students “exploring themes of loss and redemption in the year 2020.”

“It was a little bit scary at first,” senior Abby Weller said about sharing her personal story.

Each one is different, with topics including society, emotions, politics, and race.

“I thought it would be more honest,” McElroy said of the format.

McElroy and Makenna Isles, student director, helped the performers with the writing and performance preparation, and McElroy said he was impressed with the students’ writing.

He said the show has been about more than performing — writing and performing their original works have been therapeutic for the students, and he hopes the audience can relate to the thoughts and feelings that they’re expressing.

Each monologue is about five to six minutes long. The students aren’t wearing costumes, but their outfits of choice reflect a version of their performance.

They also used furniture, like couches or armchairs, and Weller, 18, provided piano accompaniment.

During one rehearsal, senior Mary Coulter practiced her monologue, which deals with anger. The performance calls on her to pace and use expressive gestures.

But even as she stormed across the stage, McElroy told Coulter she could be even bolder.

“You have room to grow in intensity,” he said.

“It was very emotional,” she said. In addition to assisting with the writing, Isles will perform a dance she choreographed.

She also suggested including “sondering” in the production’s title. She found the word in “The Dictionary of Obscure Sorrows,” which defines “sondering” as a feeling that everyone has a life that is as complex as your own.

Weller’s monologue addresses perfection and learning to accept who you are – common concerns among high school students.

The students want viewers to recognize that there are broken things in the world and in themselves, and that it takes time to cope with those issues, Weller said.

She wants the audience to have a “sense of hope” and empathy. With the pandemic uncertainty adding a layer of challenges to the normal difficulties facing the high school experience, she said the play was something she didn’t know she needed.

“I think something beautiful can come out of this,” she said.