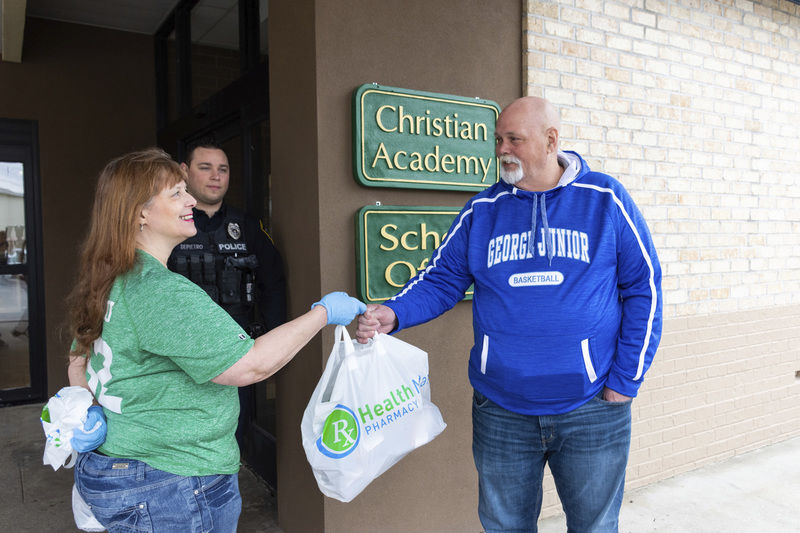 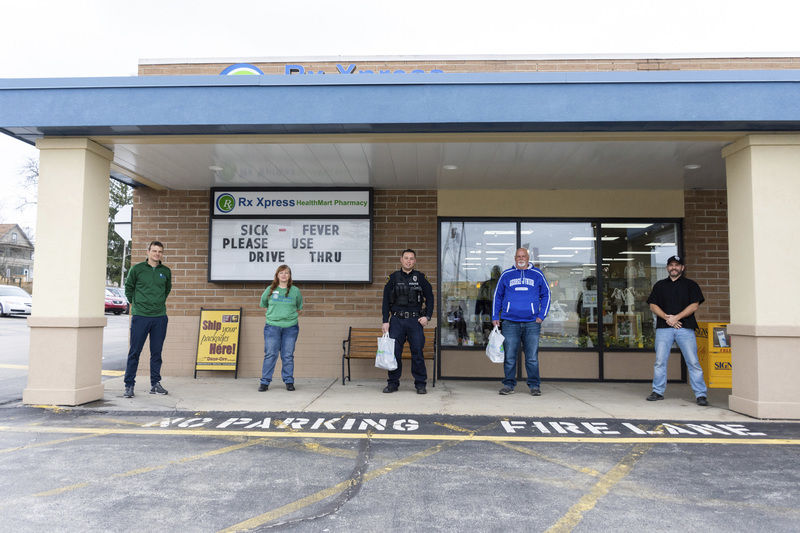 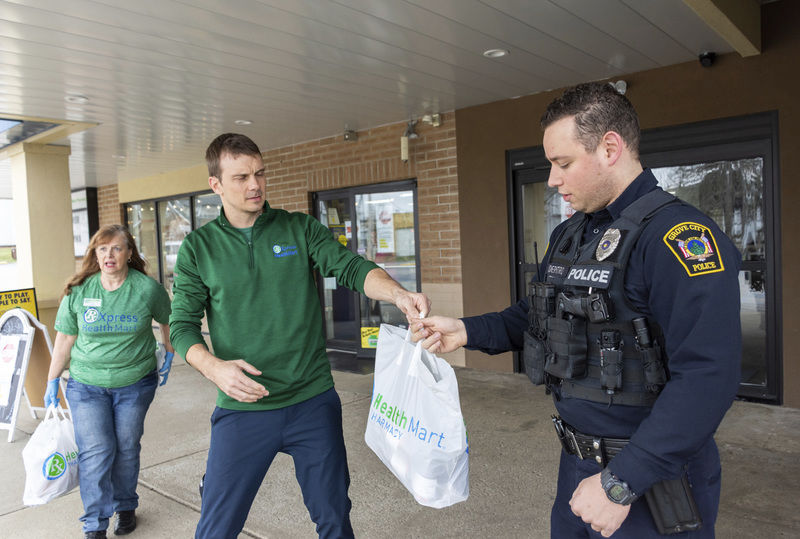 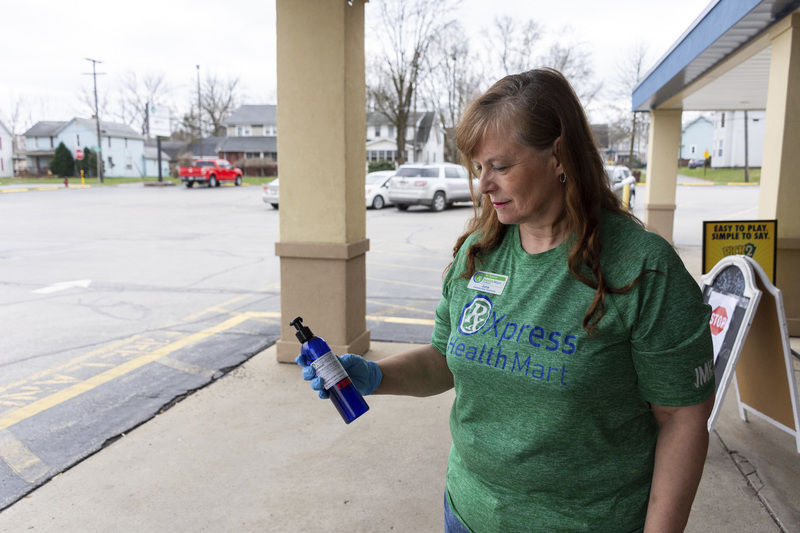 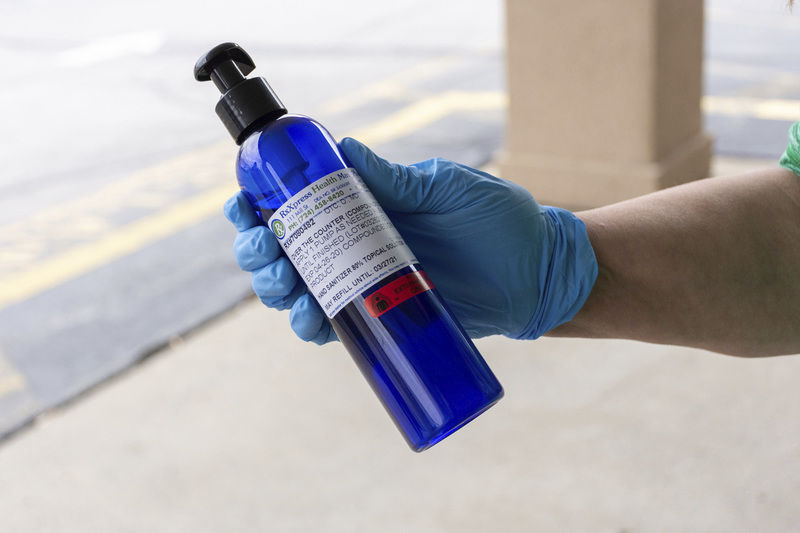 GROVE CITY – Two Grove City businesses have teamed up to make hand sanitizer, some of which has been donated to first responders.

DePietro and Jeff Badger, chief of the Grove City Volunteer Fire Department, received dozens of bottles of hand sanitizer on Friday at Rx Xpress, the pharmacy that made the product with ethanol donated by MLH Distillery.

The owners of MLH had been hearing about how other distilleries were using their supplies to make hand sanitizer, which is flying off store shelves in response to the COVID-19 pandemic, said Brian Myers, co-owner of MLH.

They were looking into the equipment they’d need to purchase and the hoops they’d need to jump through in order to produce hand sanitizer at the distillery, he said, adding that it would involve a lot of steps.

The pharmacy has been trying to keep up with the demand for hand sanitizer. June Thibadeau, a compounding technician, makes it on-site to sell at Rx Xpress, 111 Mill St.

Ingredients in the Rx Xpress bottles include ethanol, glycerin, hydrogen peroxide and eucalyptus.

She contacted MLH to see if they would sell some of their alcohol, and the two businesses immediately decided to come together for the good of the community.

“We just wanted to give back. Hopefully we can do more,” Myers said.

MLH and Rx Xpress appreciate the services that first responders provide for the community.

Thibadeau spent Friday morning making about 150 bottles to donate to the fire and police departments. She plans to make at least 50 more bottles.

“I think it’s important that we do this,” Myers said.

The donation will be a big help, especially when crews need to get cleaned up after a call, Badger said.

The pharmacy did buy some alcohol from the distillery so Thibadeau can continue to make hand sanitizer to sell to customers.

She asks that shoppers call ahead before coming out to the store to make sure the product is in stock. The number is 724-458-8420.

Pharmacist Jon Kaup added that Rx Xpress is a beta test site for a device that can detect the body temperature of anyone who enters the store.

It’s a small device that connects to a cell phone, and it scans the person’s body. Results show if that person has a high body temperature, and which part of the body is hot.

The device aims to prevent sick people from entering the store. The drive-thru at the pharmacy is still open, and customers do not have to be scanned, Kaup said.

Myers noted that MLH Distillery, 107 Breckenridge St., Unit 2, continues to make distilled spirits including vodka and gin; it’s sold via curbside pickup only for the time being.