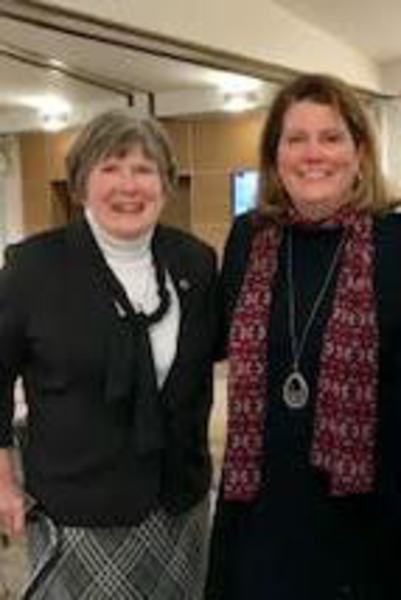 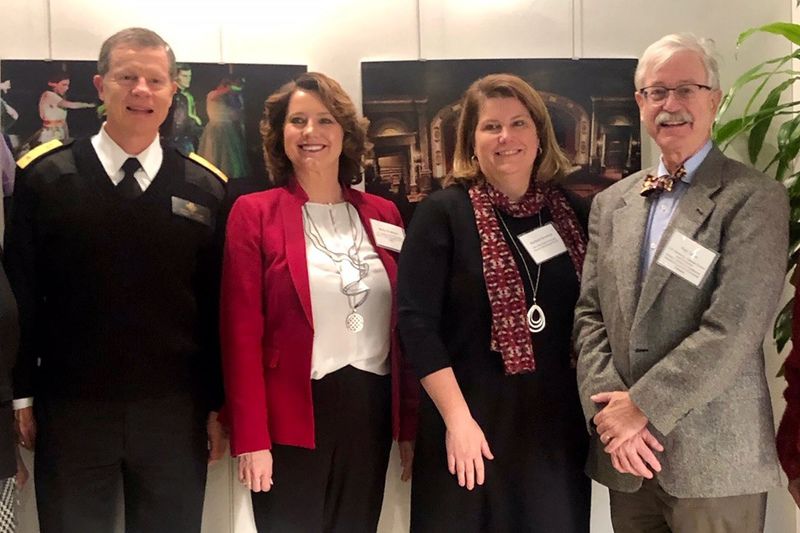 ContributedGuest speakers at the OSU ceremony included, from left: Dr. David Goldman, chief medical officer of the Food and Drug Administration; Dr. Mindy Braeshears, U.S. Department of Agriculture, Deputy Under Secretary for Food Safety; Dr. Barbara Kowalcyk, director of the Center for Foodborne Illness Research and Prevention at The Ohio State University; and Dr. Robert Tauxe, director of Foodborne, Waterborne and Environmental Diseases at the Centers for Disease Control and Prevention.

ContributedGuest speakers at the OSU ceremony included, from left: Dr. David Goldman, chief medical officer of the Food and Drug Administration; Dr. Mindy Braeshears, U.S. Department of Agriculture, Deputy Under Secretary for Food Safety; Dr. Barbara Kowalcyk, director of the Center for Foodborne Illness Research and Prevention at The Ohio State University; and Dr. Robert Tauxe, director of Foodborne, Waterborne and Environmental Diseases at the Centers for Disease Control and Prevention.

A food safety agency that got its start in the Grove City area has opened a new center at The Ohio State University in Columbus.

Patricia Buck of Pine Township, who in 2006 started the Center for Foodborne Illness with her daughter Dr. Barbara Kowalcyk, formerly of Grove City, is proud of how far the organization has come.

“This is our way of giving CFI an opportunity to be sustainable and continue with the goals that it originally put out,” Buck said.

The organization, which is no longer a nonprofit, is now known as the Center for Foodborne Illness Research and Prevention at The Ohio State University in Columbus.

A ceremony was recently held at the school to formally announce the collaboration and to discuss food safety advocacy and education. There were several guest speakers, and a good turnout with positive feedback.

Buck was initially executive director of CFI, and she now serves as a member of the new center. Kowalcyk is the director of the center; she’s been teaching at OSU and had approached school officials about opening the center.

Being connected to the school means that CFI will have more resources and funding to research food safety and continue working with lawmakers to improve related laws and regulations.

Kowalcyk has a steering committee and board members, and she’s developing an advisory council.

CFI gave OSU permission to use the same name since many people are familiar with it, Buck said.

The organization was created in response to the death of Kowalcyk’s son Kevin. He passed away in 2001 at the age of 2½ from complications related to an E. coli infection.

The family believes that he was infected by contaminated beef at a fair in Wisconsin.

“We started learning about the gaps in the food safety system,” Buck said.

Buck wants to thank the Grove City community and beyond for their support over the past 13 years, and she looks forward to what’s next for CFI.

“A lot of our research is global,” she said.

Kowalcyk, a food safety expert who is often called upon to educate others about foodborne illness, is preparing to head to Ethiopia to study how raw beef and unpasteurized dairy is impacting the health of the country’s residents.

That project is being funded by a grant from the the Bill and Melinda Gates Foundation, and Kowalcyk hopes to help reduce the risk of foodborne diseases, Buck said.

The center will also provide opportunities for OSU students to learn more about food safety – a topic that is in the news on a regular basis because of issues like food recalls.

Right now, the Food and Drug Administration is recalling romaine lettuce that was grown in the area of Salinas, Calif.; it’s contaminated with E. coli O147:H7 and has sickened at least 40 people, Buck said.

That strain of E. coli is especially dangerous for children and senior citizens because serious infections in those populations can lead to death and long-term health complications, she said, noting that more information can be found at fda.gov

She added that the spinach industry still hasn’t recovered from the massive recall earlier this year related to a possible salmonella contamination.

Buck tells people to eat what they want, but to make sure they thoroughly wash their hands and raw produce before consumption.

And with the holiday season in full swing, she reminds folks that it is not necessary nor is it advised to wash poultry products like turkeys before cooking.

Washing a large raw turkey in the sink can increase the risk of contaminating other foods prepared in the same area, she said.

When you do clean up the kitchen after handling food like raw poultry, allow your cleaning product to sit for at least three minutes before wiping it away.

FOR MORE information about the Center for Foodborne Illness Research and Prevention at The Ohio State University, visit foodsafety.osu.edu