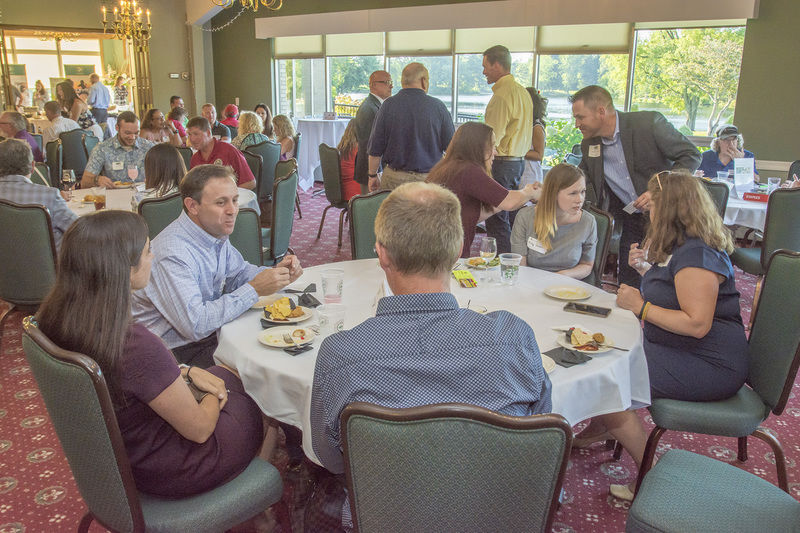 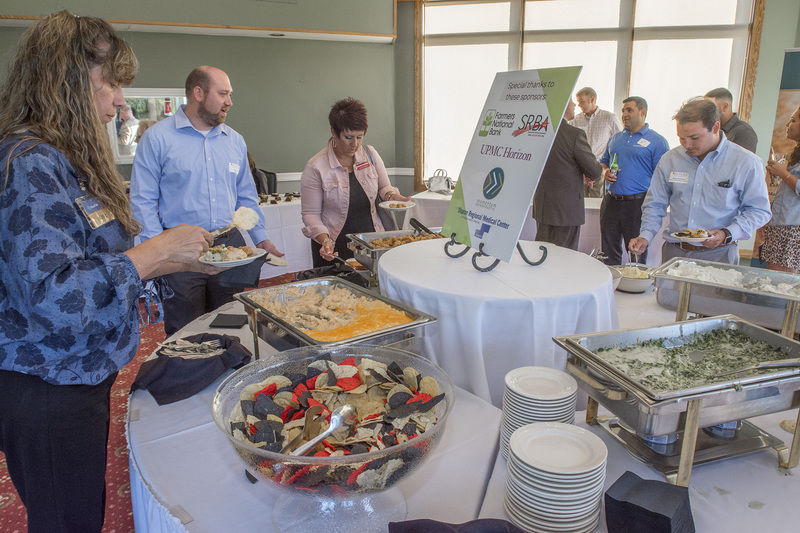 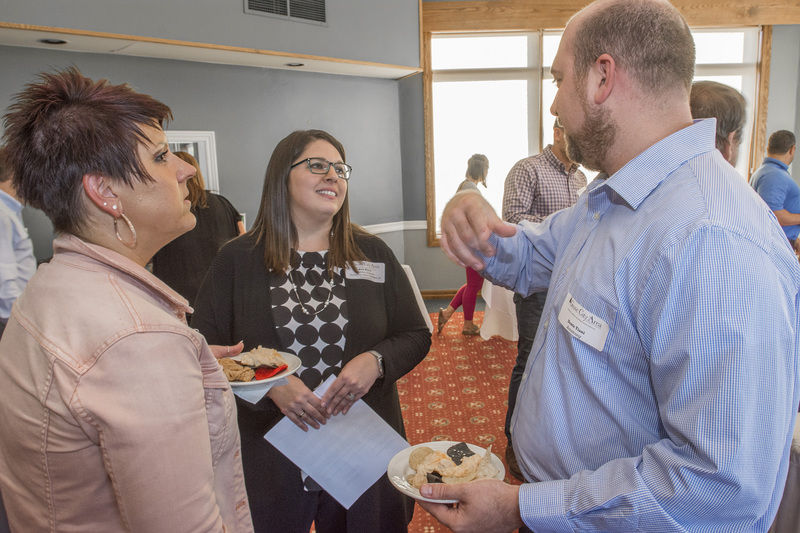 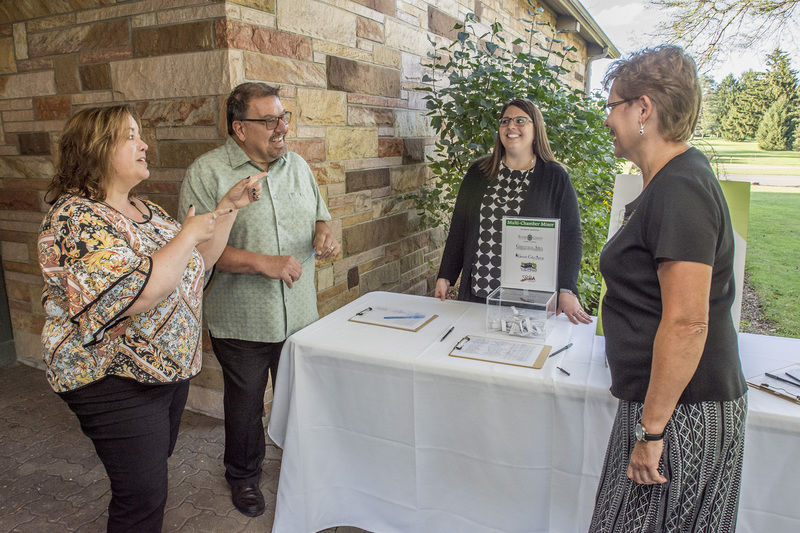 Representatives from Butler County, Shenango Valley, Grove City and Greenville chambers of commerce, and the Slippery Rock Business Association attended the networking event that featured cocktails, hors d’oeuvres and door prizes. Chamber members from each organization were invited to attend the free event.

“It has to be fun,” Butler County Chamber President Stan Kosciuszko said. “It can’t be work.”

The event began in 2012 with just Mercer and Grove City chambers in attendance, but Grove City Chamber of Commerce Executive Director Beth Black said the mixer has since grown to become the largest event of its kind in the region.

“It’s important for (the chambers) to interact across county lines,” Black said. “When people with a business focus get together, you never know what can come of it.”

“It’s a regional economy,” he said. “My members might be buying a product from St. Louis that they could be buying in Greenville.”

While cooperation amongst the chambers is key to the success and development of each entity, Black said there is no universal blueprint to ensure the chambers provide the best possible support for their members.

“One single model doesn’t work because every one is so different,” Black said. “Grove City, for example, doesn’t have one specific industry – business here is very diverse.”

She cited the newly opened Keystone Safari, as well as Grove City College and Grove City Premium Outlets – which she said pulls in more annual tourists than both Philadelphia’s Liberty Bell and the Grand Canyon, respectively – as examples of the wide-ranging local economy.

“We’ve been able to sail through economic downturns because there are so many different types of businesses here,” she said.

As Black greeted chamber members at the door to the event, her husband, Jeffrey, ordered a drink from the banquet hall bar.

The chief business officer for Grove Manor Corporation – a nursing home located in Grove City – Jeffrey Black said valuable business connections are often made over cocktails at the annual mixer.

“It’s about making connections,” he said. “You meet someone here and then a month or so later you might be giving them a call.”

Jeffrey Black recalled a man he spoke with at a previous mixer who said his elderly mother was growing increasingly confused in her old age. Jeffrey suggested the man take his mother to see her primary care physician. The man’s mother was hospitalized following her doctor visit and went to Grove Manor a short time later.

“I was glad we met and were able to help,” Jeffrey said, waving to state Rep. Marci Mustello, R-11, Butler as she entered the room.

“it’s a regional world now,” she said. “And if there is something going on in Mercer County, people in Butler should know about it.”