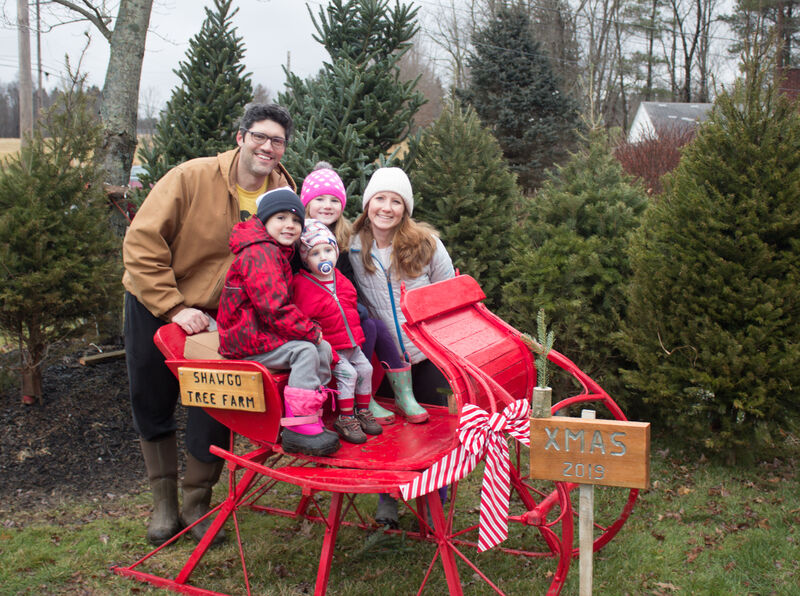 The Hindman family of Pine Township is pictured at Shawgo Christmas Tree Farm in 2019. From left are Josh, Ben, Lucas, Ruth and Jennifer Hindman. 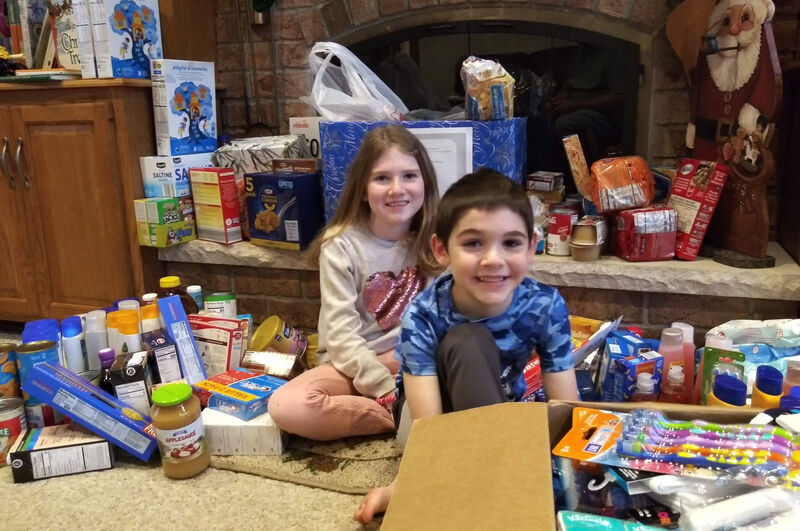 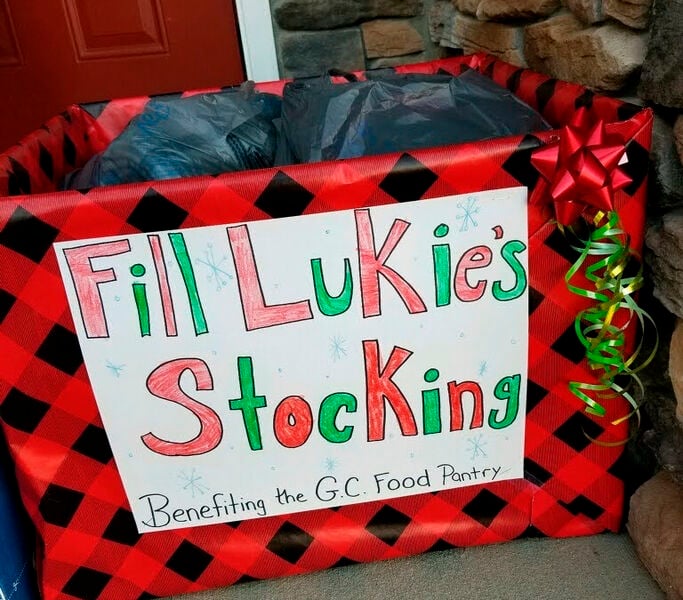 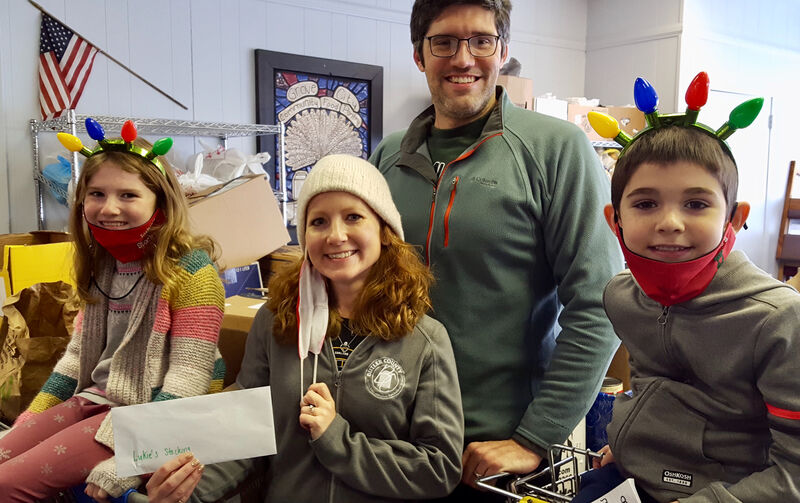 From left, Ruth, Jennifer, Josh and Ben Hindman present a donation to the Grove City Community Food Pantry. They collected more than 2,000 items and $5,100 in memory of Lucas Hindman, their brother and son who passed away in February. 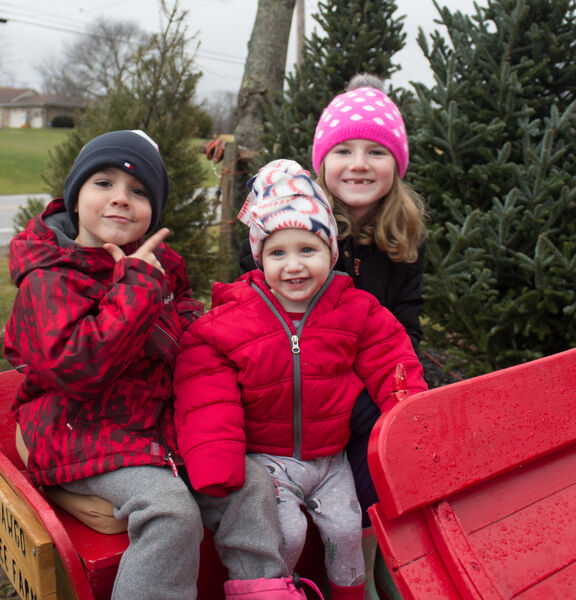 From left, Ben, Lucas and Ruth Hindman are pictured at Christmastime 2019.

The Hindman family of Pine Township is pictured at Shawgo Christmas Tree Farm in 2019. From left are Josh, Ben, Lucas, Ruth and Jennifer Hindman.

From left, Ruth, Jennifer, Josh and Ben Hindman present a donation to the Grove City Community Food Pantry. They collected more than 2,000 items and $5,100 in memory of Lucas Hindman, their brother and son who passed away in February.

From left, Ben, Lucas and Ruth Hindman are pictured at Christmastime 2019.

PINE TOWNSHIP – As the holiday season approached, the Hindmans knew they wanted to do something special for the community in memory of the youngest member of their family.

“Something good had to come out of this,” Jennifer Hindman said.

Mrs. Hindman and her husband Josh live in Pine Township with their children, Ruth, 8, and Ben, 6. Their youngest, Lucas, died on Feb. 17 following complications from an asthma attack.

“It was very unexpected. It’s still pretty surreal,” she said, adding that he had not been previously diagnosed with asthma.

Friends, family and community members were so supportive after Lucas passed away, and the Hindmans wanted to return the favor, especially when they learned of local residents struggling to make ends meet because of the COVID-19 pandemic.

Ruth recently asked what they were going to do with Lucas’ stocking this Christmas. That led to “Help Fill Lukie’s Stocking,” a food drive that collected over 2,000 items and about $5,100 for the Grove City Community Food Pantry.

The family selected the food pantry as the recipient because they knew the donations would stay local, and the kids were able to help sort and organize the items.

Mrs. Hindman reached out to the food pantry in November to ask what kinds of donations would be helpful.

For several weeks, people from all over the area gave monetary contributions and things like non-perishable food items, baby food, toiletries and paper products.

To help maintain social distancing, donations were dropped off on the Hindmans’ porch, or they arranged a pickup.

Word spread fast about the project, which also had a Facebook event page where Mrs. Hindman shared updates that included photos and a “kindness tracker” that charted the progress.

Those unable to make a donations were encouraged to perform a random act of kindness.

Some businesses and organizations set up their own collection bins, which filled up quickly.

It was overwhelming to see the response in honor of Lucas.

“They all kind of rallied around... These are people that we’ve never met,” Mrs. Hindman said of some of those who donated or organized their own collection.

The HIndmans didn’t set a goal, but they received far more than they had expected.

At the beginning of the food drive, Ruth and Ben started to work on small stocking ornaments that they planned on giving to donors as a “thank you.”

After finishing about two dozen, they realized they wouldn’t be able to keep up with all of the donations coming in, so the family wants to give a big “thank you” to everyone who helped.

They feel lucky to have such a great support system in the Grove City area and beyond.

A friend in Beaver set up a collection bin, and the Hindmans’ co-workers donated to the cause. Hindman works as a pediatric physical therapist with Riverview Intermediate Unit 6, and Mrs. Hindman is a sport medicine instructor at the Butler County Area Vocational-Technical School

Hindman’s parents Valerie and Todd helped organize the donations, which were delivered to the food pantry on Dec. 11. Both the Hindmans’ pickup truck and van were completely filled.

Ben and Ruth were already familiar with the food pantry thanks to Mrs. Hindman’s parents, Bill and Mary Pat Dundore, who had taken the kids for a visit to show them how the organization helps the community.

Though the food drive in memory of Lucas is over, people still wanting to help can continue to support the food pantry or perform a random act of kindness, Hindman said.

The family thinks they’ll organize a similar project next year, and they believe that Lucas would have been happy with this year’s event.

“He would live it I think,” Ruth said.

Lucas, who liked Cheerios, yogurt, Bubble Guppies, watering the Christmas tree, dancing and spending time with his brother and sister, would have had a good time playing with all of the boxes that came with the food donations.

“He would have been a good delivery helper,” Mrs. Hindman said.