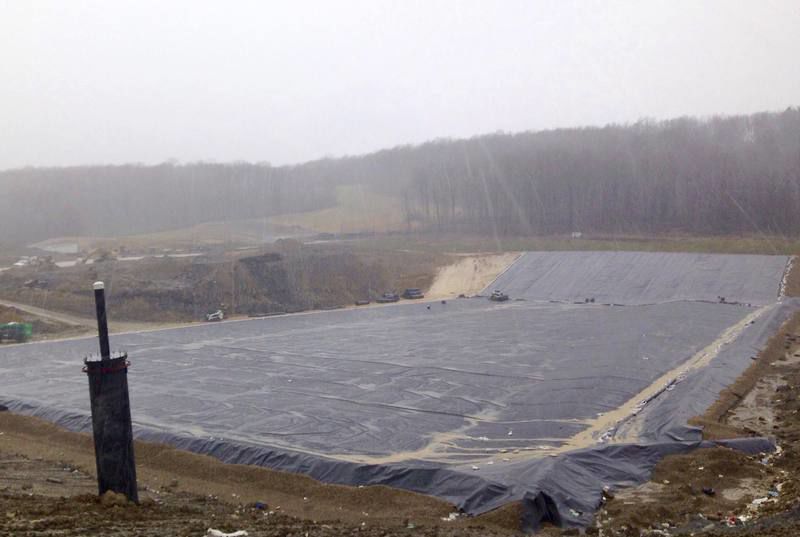 MONICA PRYTS | Allied NewsThis new liner being installed at the Seneca Landfill in Butler County is the same kind of liner that would be used at the proposed Tri-County Industries Inc. landfill. 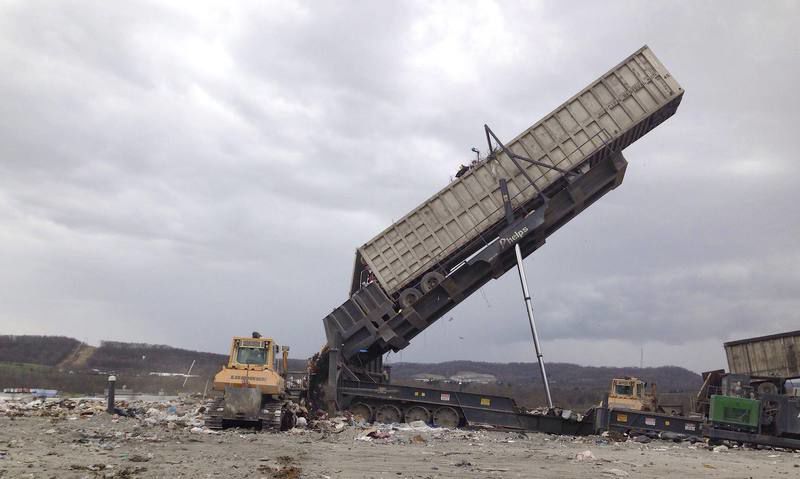 MONICA PRYTS | Allied NewsThis new liner being installed at the Seneca Landfill in Butler County is the same kind of liner that would be used at the proposed Tri-County Industries Inc. landfill.

JACKSON TOWNSHIP, Butler County – Work is progressing on a new liner system at the Seneca Landfill, and Tri-County Industries Inc. is hoping to install the same setup on its property.

“We try to get everything sealed tight as best we can,” Edward R. Vogel said as he drove around the Jackson Township, Butler County, landfill.

Vogel is vice president of Vogel Holding Inc., which owns properties including the Seneca Landfill, and TCI, which is in Pine and Liberty townships.

The company is hoping to reopen its TCI landfill, and the Pennsylvania Department of Environmental Protection is reviewing the permit application.

TCI also wants to increase the maximum daily volume of waste that may be received at its transfer stationto 1,200 from 800 tons.

Vogel explained the Seneca Landfill operations to show how things would work at the TCI site.

Waste has broken down over the years; some areas are covered with giant plastic tarps, while others are topped with a layer of plastic, dirt and grass.

“The sites do settle,” Vogel said.

Crews have been working on a new double-synthetic liner, which measures about 3 acres.

“That’s the first two layers,” he said, pointing out the project.

Fabric material made out of bentonite was laid down first, followed by a textured liner, layer of gravel, and a second liner.

There is a lot of quality control and inspections along the way, and Pennsylvania’s landfill regulations for the protective liners are more strict than federal guidelines, Vogel said.

The TCI landfill would also feature the liner system, plus other safeguards like odor neutralizers and water misters.

Vogel noted that a landfill isn’t “piles of trash.” The waste has to be covered, and they must use approved materials such as sand and soil.

Machines crush and spread out the waste, which comes from other Vogel properties.

The Seneca Landfill has its own water treatment system, and gas is extracted from the waste.

Vogel would like to convert all of the company’s equipment from diesel to compressed natural gas.

In March, the Seneca Landfill was one of 17 organizations, businesses, and local governments in the state selected by DEP for the 2019 Governor’s Award for Environmental Excellence.

DEP evaluated projects for their degree of environmental protection, innovation, partnership efforts, economic impact, consideration of climate change, and sustainability and results achieved, according to a news release from the agency.

DEP said that is equivalent to the planting of 13,202 trees, removing 109 additional cars from the roadway, or recycling 185 tons of waste instead of landfilling.