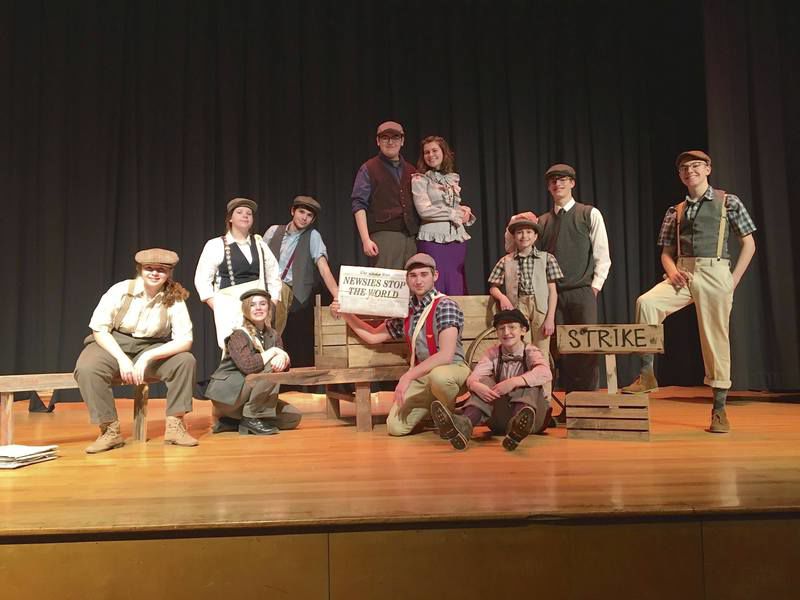 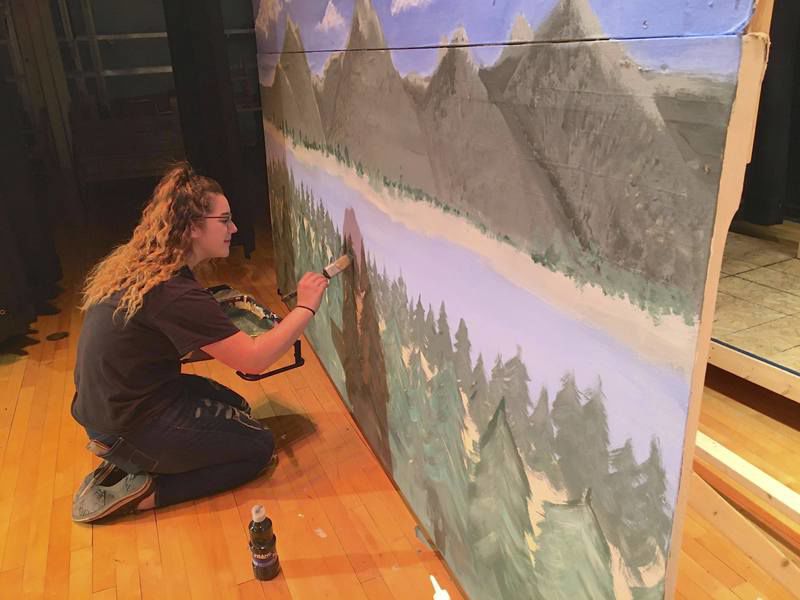 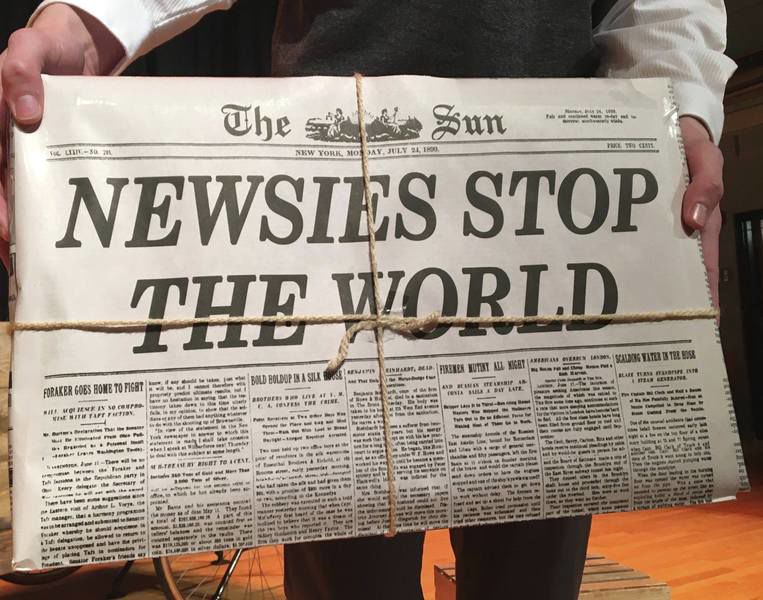 MONICA PRYTS | Allied NewsThe Lakeview High School Theatre Department had some special newspapers made up as props for “Newsies.”

MONICA PRYTS | Allied NewsThe Lakeview High School Theatre Department had some special newspapers made up as props for “Newsies.”

“Newsies” has been on Becki Williams’ wish list for the Lakeview High School Theatre Department ever since she saw the musical performed by Mercer students last year.

“They have fallen in love with it,” she said of the 42 Lakeview students who are rehearsing for “Newsies.”

The Tony Award-winning Disney production has been performed on Broadway, and it’s based on the historic newsboy strike of 1899 in New York City.

It’s about hope and change, and it shows that kids can make a difference, she said during a recent afternoon rehearsal.

Tickets are $10 for adults; $5 for students and senior citizens; and free for kids under 5. They can be purchased at the door one hour prior to each performance.

“This is a huge undertaking,” Williams said, noting that the fast-paced production has a lot of singing and dancing.

Students did blind auditions, meaning they didn’t know which musical they were trying out for; they were excited when they learned it would be “Newsies.”

“It’s like a show of a lifetime. We have a lot of great talent,” said senior Douglas Maxwell, 18, who plays Davey.

His character is working hard to support his family, and he’s hesitant about being like the other boys.

Maxwell likes the energy of the show, which he said the cast can relate to since they’re teenagers like the newsboys.

Junior Devin McIntire, 17, plays Jack Kelly, one of the lead roles. Jack encourages his fellow newsboys to take a stand and go on strike against some powerful publishers.

Jack is an orphan who is selling papers so he can get out of New York City and move out west, Devin said.

Devin wasn’t very familiar with the story at first, but now he loves it. It’s taught him that you have to look to those around you for support.

He noted that the show is family-friendly, and it has a lot of emotion and some great songs like “Seize the Day”, “Carrying the Banner” and “The World Will Know.”

Katherine finds that she shares some of the same goals as the newsboys, and she makes new friendships along the way.

The musical’s writing is encouraging, and Melana likes the song “King of New York,” adding that the theatre department is like a family.

“Lakeview has a crazy amount of talent,” she said.

Senior Rachel Byler, 17, who plays newsie Spot Conlon, was painting a backdrop scene for the musical.

“Everyone’s gonna love it. It’s more than just a musical,” she said.

High school English teacher Chylo Baun, the musical’s director, said the students are very talented, and she likes the upbeat music and messages of “Newsies.”

Williams thanked the students and their parents for helping with the set and costumes. She is also grateful for the Mercer County Career Center carpentry students who built some of the set.

For more information, call the school at 724-376-7911, or visit “Lakeview High School Theatre” on Facebook.