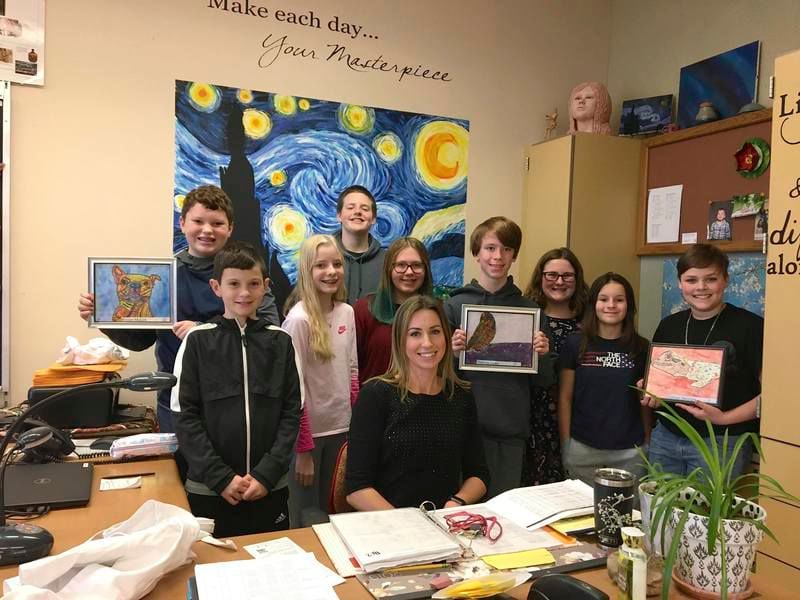 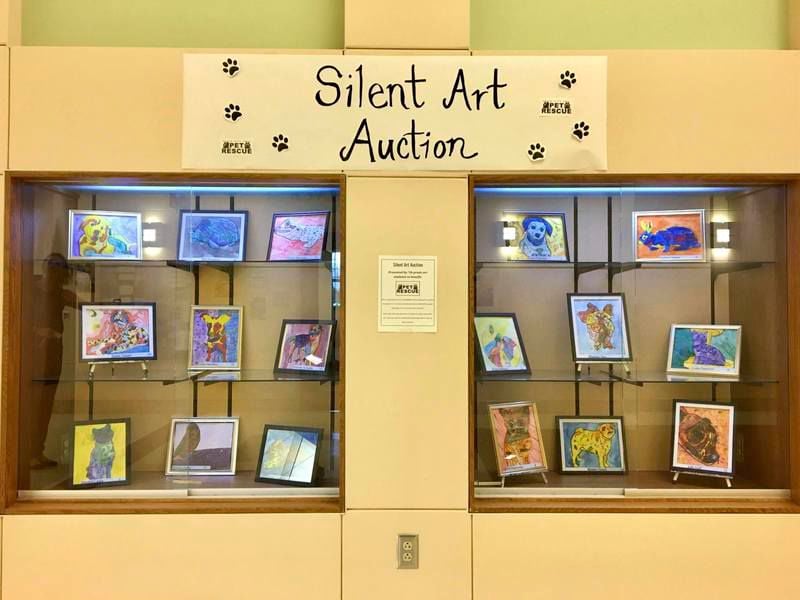 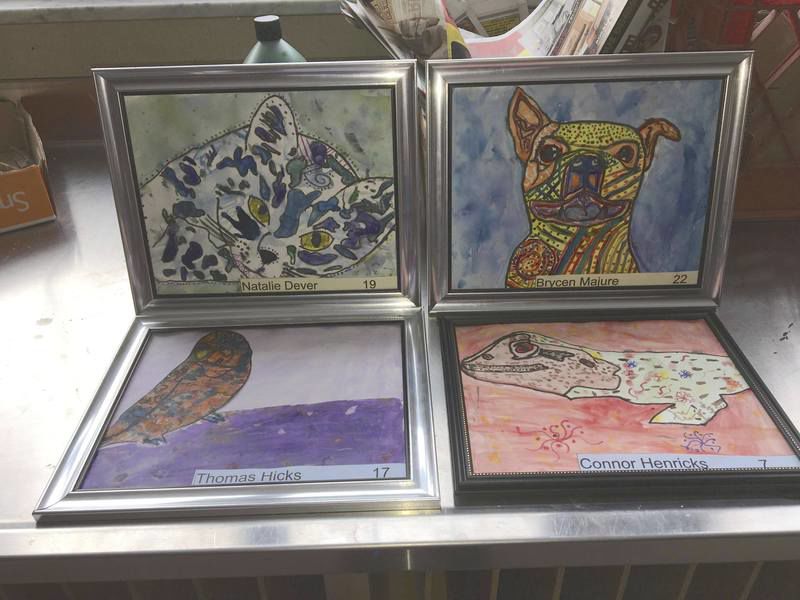 The watercolors that the students painted include many family pets.

The watercolors that the students painted include many family pets.

GROVE CITY – An art lesson at Grove City Middle School is teaching students about watercolors and about giving back to the community.

When the class learned about color theory and artist Dean Russo, the students agreed that it would be fun to paint watercolors of animals.

Johnson decided to take the project outside of the classroom and helped the students set up an art auction with all proceeds going to the rescue and adoption agency.

“They have had a huge impact,” she said of the rescue’s work in the community.

Nearly 40 watercolor paintings are on display at the middle school, and teachers, staff, students and visitors have been placing bids.

“We have two showcases full of art,” Johnson said.

The public is invited to come to the school on Friday, Dec. 13, to view the artwork and place bids.

The winning bidders will be contacted the week of Dec. 16 to make their payments and pick up their paintings.

Many of the students painted their own pets, and they were instructed to use various parts of the color wheel to represent different attributes.

Thomas Hicks showed his watercolor of his parakeet Echo. He used colors like orange and blue to show how the bird’s personality can change.

Thomas likes art, and he is happy to be able to support the rescue.

“At the same time, we’re helping animals that are less fortunate,” he said.

He said his parents are hoping to get the winning bid on his watercolor.

“They want it really bad,” he said.

Dominick Parenti described the watercolor he created of his dog Poka, a German shepherd and Labrador retriever mix that died about two years ago.

She was very playful, and he is glad that his memories of Poka will help the rescue.

“It’s like giving the pets a Christmas present,” he said.

Sophia Duda’s Shih Tzu Steelie was painted with warm and complementary colors. She said she is grateful to have the opportunity to raise money for the pet rescue.

The students are hoping to collect at least $200, but they will be excited to receive any amount because they know it’s going to a good cause, Johnson said.

When Lori Reynolds found out that the pet rescue will be receiving a donation, she was nearly speechless by the students’ generosity.

“I think that’s wonderful,” said Reynolds, who is the executive director of the rescue.

She is happy to see young people helping the animals, and she hopes that they learn more about responsible pet ownership.