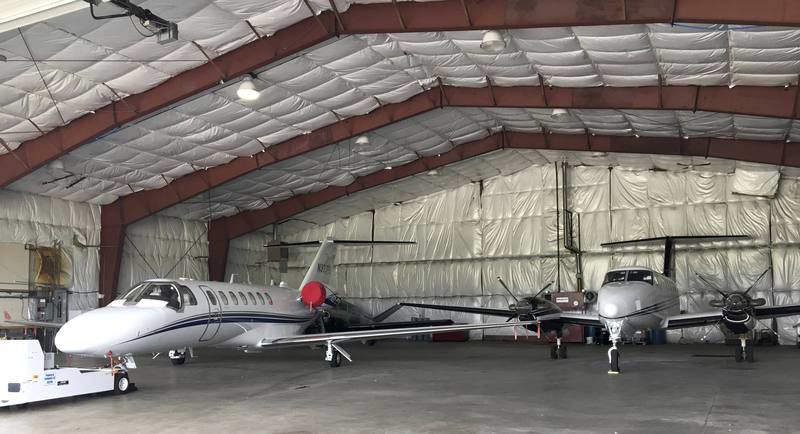 There are currently three airplane hangars at the Grove City Airport. Construction of a new hangar is planned for the spring 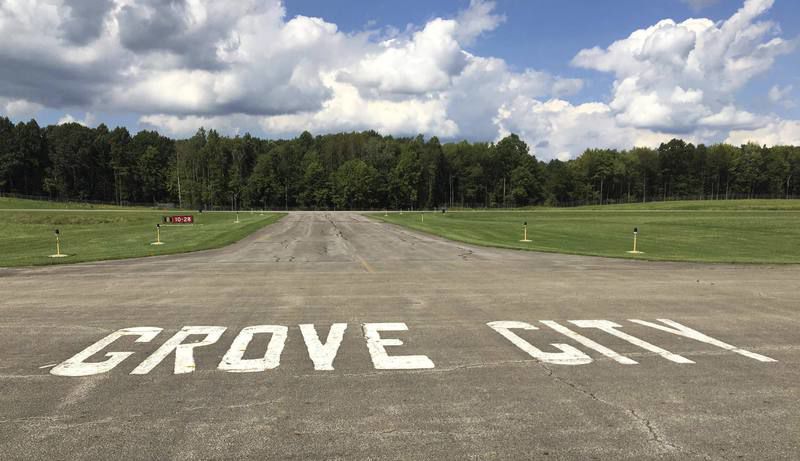 A new airplane hangar is expected to be built this year at the Grove City Airport.

There are currently three airplane hangars at the Grove City Airport. Construction of a new hangar is planned for the spring

A new airplane hangar is expected to be built this year at the Grove City Airport.

SPRINGFIELD TOWNSHIP – Plans are in the works for a new airplane hangar at Grove City Airport.

A new management group is taking over, and there’s a new jet coming in, said Devin Dunwoody, project engineer.

The airport, 40 Oakley Kelly Drive, Springfield Township, is currently managed by Doug Thomas; Michael Baun will be the next manager, according to information presented at Thursday’s Grove City borough council meeting.

The borough owns the airport.

The hangar will measure 100 feet by 100 feet, and it will be built in the existing parking area, Dunwoody said.

More parking will be added along the west side of the new hangar, and there will be plenty of room for emergency vehicle access if necessary.

“It’s about that simple of a project,” he said.

The plans are in the pre-application process, and they were submitted to the township on Monday, Dunwoody said.

The hangar will cost about $1.75 million, borough council members were told.

Planning commission members can make a recommendation to the supervisors at the commission’s next meeting, which will be held at 7 p.m. Feb. 24, said Stone Helsel, commission chair.

The airport currently has one large hangar and two smaller ones, plus office space, Dunwoody said.

Thomas Construction would like to start working in the spring, and the project will take four or five months, said Tom Gregg, vice president of the building division.

The hangar is a pre-engineered metal building, and it’s possible that someone will be renting the space to store their jet, he said.

In other business at Monday’s meeting:

• Helsel was appointed chair of the planning commission, and Randy Patterson, vice chair.

• Commission member Ron Donlan gave notice of his plans to resign from the group due to scheduling conflicts.

There is an interested applicant, Alan Dickson; supervisors would have to approve the appointment.