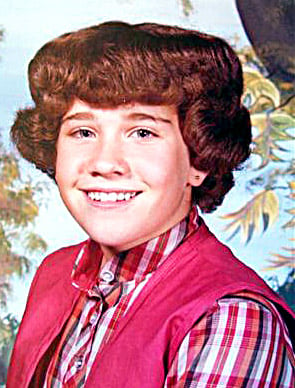 Janis Coryea submitted this photo of herself in the sixth grade to The Ellen DeGeneres Show, and the funny lady herself thought the photo was so remarkable that she had to invite Coryea to her show. 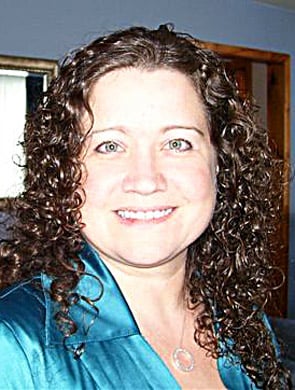 Janis Coryea of Grove City won a spot on The Ellen DeGeneres show after she sent in a "bad" professionally done photo of herself from the sixth grade.

Janis Coryea submitted this photo of herself in the sixth grade to The Ellen DeGeneres Show, and the funny lady herself thought the photo was so remarkable that she had to invite Coryea to her show.

Janis Coryea of Grove City won a spot on The Ellen DeGeneres show after she sent in a "bad" professionally done photo of herself from the sixth grade.

A funny photograph took one Grove City woman all the way to California.

Janis Coryea was flown to Los Angeles to be on the Ellen DeGeneres Show’s “Bad Paid-For Photo” segment, aired on April 16.

In February, “I sent in a horribly embarrassing sixth grade picture,” she said. “I never imagined it would go as far as it did.”

In March, a producer of the show called and told her “they liked my picture, and asked if I would be willing to have it on their Web site or come to the show if it came to that,” she said. “I was still thinking at this point that it would never come to that.”

By April 9, the producer informed Coryea that her picture was in the top five; and on April 12, she would call the three people to be selected for the show.

“Well, at this point, mainly due to my intense fear of flying, I started to panic a little bit,” she said.

“I was sweating it out all day and didn’t hear anything ... and I was kind of disappointed but OK with it as well because, as I mentioned, I am terrified of flying.”

At 17, Coryea had been to California by plane once before, but developed aerophobia after the Sept. 11 terrorist attacks in 2001, she noted.

However, by about 10 p.m. April 12, her destiny changed. The producer called with exciting news, but Coryea had become sick by that point.

“I was barely able to tell her that I lost my voice and she said, ‘Well, you better get it back because we want you to come to the show (in two days).’ I was kind of in shock and couldn’t believe it was happening.”

Getting off the phone, barely able to speak, she told her husband, Tom, the news. “We high-fived each other and I proceeded to text everyone to tell them,” Coryea said.

She thought texting would keep her from having to talk on the phone, but that didn’t work. “Everyone started calling, and I made my voice even worse so I was pretty stressed out at this point,” she said.

With one day to spare, Coryea drank “about 10 cups of tea with honey and lemon” to soothe her throat, she said.

“I might never have tea with lemon or honey again!”

The show paid for Coryea’s plane ticket to Los Angeles, but she and her husband paid for an extra ticket for him to go with her.

“He was as excited about this as I was,” she said.

Coryea faced her flying fear “after I made it through my first take-off trauma,” she added.

“I’m sure my husband thought I was nuts when we took off from the Pittsburgh Airport because I was crying and on the verge of hyperventilating.”

They connected in Atlanta, Ga. before landing in Los Angeles.

“We were picked up at the LA airport and taken to the Universal Sheraton Hotel, where we had a beautiful view from our window,” Coryea added.

The next morning, on Thursday, April 15, the couple did some minimal sight-seeing by foot at Universal Studios and at local spots.

“We walked around as much as you can walk around,” Coryea said. “Everywhere you look and on all sides of you are 12-lane highways.”

By 1 p.m., the couple were picked up by a driver and taken to the Warner Brothers Studio, where the Ellen show is taped.

“We went into the ‘artists’ parking lot and went in the entrance that Ellen and her guests use,” Coryea said.

“Her car was sitting there in the parking lot. It says ‘Ellen’ on the license plate!”

In the dressing room, “We met the other two people that were going to be showing their bad pictures to the world,” Coryea said, “a guy from Nevada and a girl from Kentucky.”

After the guests got their hair and makeup done and fitted for microphones, they had practiced their bad photo segment, “pretending like the producer was Ellen and running through it,” she said.

One of the most exciting parts for Coryea was coming from a waiting room backstage for her segment as the show was taped.

“As we got closer and closer to the stage area, we could hear the music blaring; the audience had already been seated. Everyone was dancing and singing and it was like a big party atmosphere,” Coryea said.

Then DeGeneres announced the “Bad Paid-For Photo” segment, and called down her three guests to the stage.

“I remember looking at the hardwood floor on the steps thinking, ‘Man, this would be bad if I fell,’ but I didn’t and went over to Ellen and hugged her,” Coryea said.

“It was pretty surreal. It didn’t seem like it was really happening and it seemed to go really fast.”

“She is really kind of small, petite,” she said. “She is very laid back, of course. With the whole laid back and fun atmosphere, I wasn’t nervous which is strange because I usually get pretty wound up about things.”

Before the cameras, DeGeneres asked Coryea questions about her school picture, “which by the way, was quite large as they blew them up quite a bit,” she said.

Ellen asked Coryea how her hair got such a square shape, and said it looked like earmuffs.

“She said, ‘Now that’s a shame. But didn’t everybody look that way back then?’” Coryea said. “I said, ‘No, that was pretty much just me.’”

The other woman after her on the segment had “really bad” hair; Ellen said to her, “‘At least she (Coryea) had some kind of style going on,’” she added.

“The whole segment took about 10 minutes or so. Miraculously, my voice had come back pretty good Ð because of all the gallons of tea I drank, I suppose, so I was able to speak at this point, thankfully.”

As parting gifts, the guests were given $300 gift cards for Macy’s.

The taping ended around 4:30 p.m., and the Coryeas were taken right to the airport “because the guy that was on my segment had to catch his flight at 7 p.m.,” she said.

“My husband and I and the other girl didn’t fly out until midnight, so we spent quite a while in the airport.”

Coryea has hidden the school photo Ð which earned her the nickname “Flathead” in school, incidentally Ð from view for years. At best, she thought the photo would make it onto Ellen’s Web site.

“The ‘Flathead’ nickname came back” after the show aired, she added with a laugh, and some Star Wars fans have taken to calling her Princess Leia because of the “earmuffs.”

“I turned into a better sport than I was back then,” she said.

Coryea has lived in Grove City for 18 years. Her husband has worked 30 years at Pine Instrument Co. in Pine Township. They have three “furry kids,” she said Ð two cats and a dog.

“I also have five stepchildren and eight step-grandchildren,” Coryea noted. “I’m only 42, mind you.”

She’s worked as a social worker at George Junior Republic, also in Pine, for five years.

“I love my job. There hasn’t been a day that I haven’t looked forward to coming to work,” she said. “My kids at work got to see the video of the show and got a kick out of it.”

Her co-workers also “seemed to love the segment,” Coryea said. A training session was apparently stalled so they could watch the program.

“I have received many nice compliments,” Coryea said. “None of my family is from around here but they all watched and loved it.”

Facing her fear of flying during a normal work week to experience the show was something Coryea will not forget.

“My experience was awesome,” she said. “I love Ellen! I have watched her for years and think she is just a generous and funny lady.”

Helen Louise Eppinger, 97, of Mercer, passed away Sept. 27, 2020, at Quality Life Services of Mercer. She is preceded in death by husband, Charles Melvin Eppinger, and is survived by one son, William J. Eppinger.