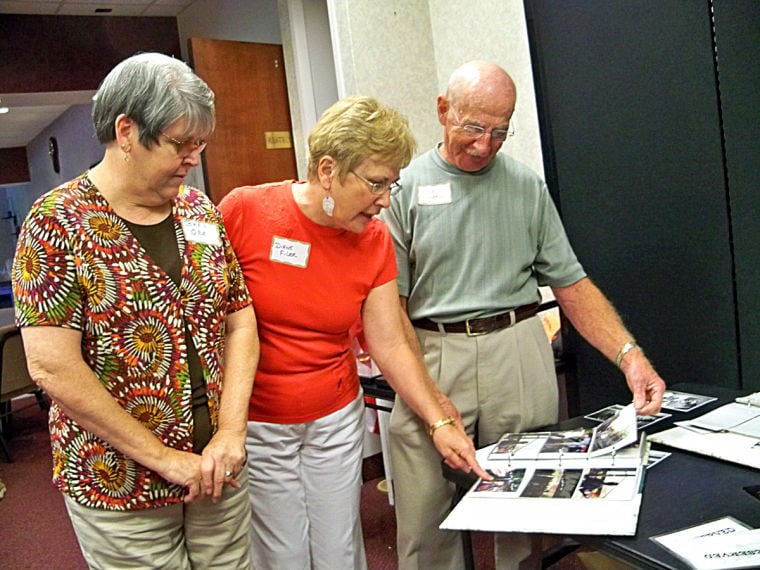 Barbara Orr, Diane Filer and Dick Yard, the organizers of the Cooper-Bessemer reunion, look through some of the scrapbooks of memories from the past. 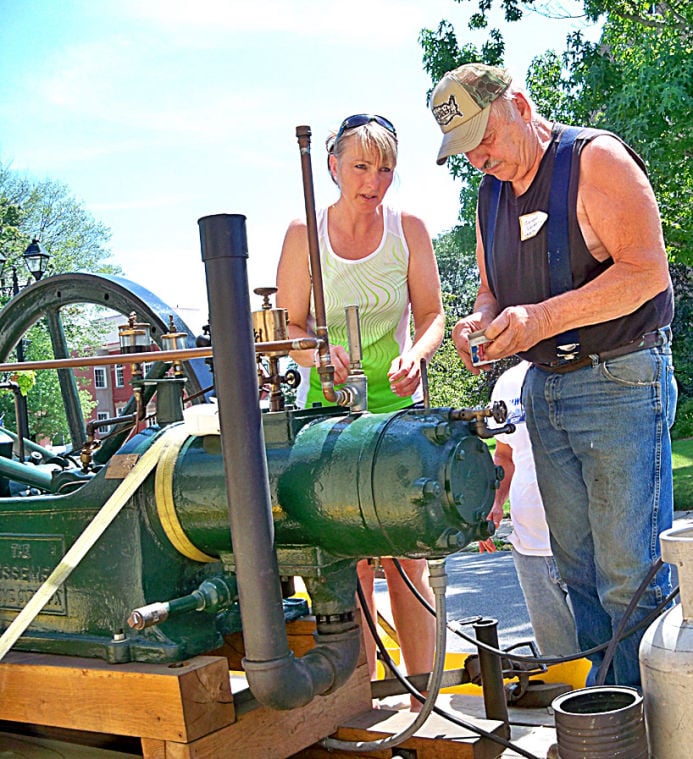 Antique Bessemer engines were on display at Grove City Area Historical Society on July 18 while the first reunion of the former Cooper-Bessemer employees was happening across town.

Barbara Orr, Diane Filer and Dick Yard, the organizers of the Cooper-Bessemer reunion, look through some of the scrapbooks of memories from the past.

Antique Bessemer engines were on display at Grove City Area Historical Society on July 18 while the first reunion of the former Cooper-Bessemer employees was happening across town.

Former workers came from near and far to share their memories at the Cooper-Bessemer reunion Sunday.

The first attempt at getting former employees of the once major Grove City employer Cooper-Bessemer or Cooper-Cameron, was a great success. Nearly 250 people attended the event at Legacy Banquet and Conference Center, Grove City.

Cooper-Bessemer had a long and important impact on the Grove City community.

Bessemer Engine Company was founded in Grove City in 1899 and joined with C & G Cooper of Mt. Vernon, Ohio, in 1929. Cooper-Bessemer produced gas engine-driven compressors, stationary and marine diesel engines and gas engines. These engines were used in oil fields around the world. Cooper-Bessemer was a major contributor of engines for the Navy during World War II.

Locally the plant closed in 2000. Just prior to closing, the Grove City plant took on overhauling engines.

Last fall, the Grove City Area Historical Society hosted a seminar on the history of Cooper-Bessemer, which helped spark an idea for the reunion. More than 40 people attended the seminar, said Mary “Skip” Sample, president of the society. Following that session, Margaret Mary McDougall thought it would be fun to organize a reunion; others agreed.

About the first of the year, the committee--comprised of Dick Yard, Diane Filer and Barbara Orr--began collecting names and addresses. They sent out about 600 letters and were very pleased with the response.

Two siblings who formerly worked at Cooper met up at the reunion: A woman from Coco Beach, Fla., was meeting her brother, who was coming in from Indiana. She worked in the office summers while she was in college.

Meanwhile, parked very conspicuously along the driveway at the banquet center was a stretch limousine. The owner, Jim Pink of Kittanning, drove his brother Bill and himself--they bought the limo just for fun--to the celebration, but could have brought 12 other people with them. The brothers, both former employees, strolled into the banquet hall wearing cowboy hats.

“There was just the two of us, but I don’t know how many will go back with us,” Jim said. “The limo holds 14 people.”

Following the dinner, Dick Yard and Diane Filer spoke to the crowd. “When Diane asked if they wanted to do this again next year, they clapped and hollered. She then asked for people who would want to help and a couple of people responded,” Yard said.

“I think the event was great. We spent the time visiting with each other,” he said. “We got lots of compliments from the people there.”

While the former employees were reuniting, another complementary event was taking place at Grove City Area Historical Society: Two antique Bessemer engines were brought to the museum for the day. At about 3 p.m., the owners, Rick Eardley and George Patterson, attempted to start them up. The 1915 engine has been restored by Frank Patterson, who owns it, but it was shown by his father, George. That engine started for a small crowd. Eardley could not get compression in the 1901 Bessemer engine, so it never started.

Inside the museum was an extensive display of Cooper Bessemer memorabilia. Many of the items were donated by Bob Humphreys of Houston, Texas.

Two groups of Bessemer employees came from Mt. Vernon. One group brought with them items they wanted to add to the Grove City collection, including files of company newsletters. Robert Brown, the owner of two significant items, asked that they be brought to Grove City. One was a cement sign that appeared to have been hung on the building, which said, “The Bessemer Engine Company--Grove City, PA.” He also sent an original contract, which stated that the agreed upon salary was 23 cents a day; and, if the worker performed well, he would get a raise to 25 cents a day. The contract was quite lengthy and was in good condition.

The historical society volunteers had a full day with visitors stopping by throughout the day.