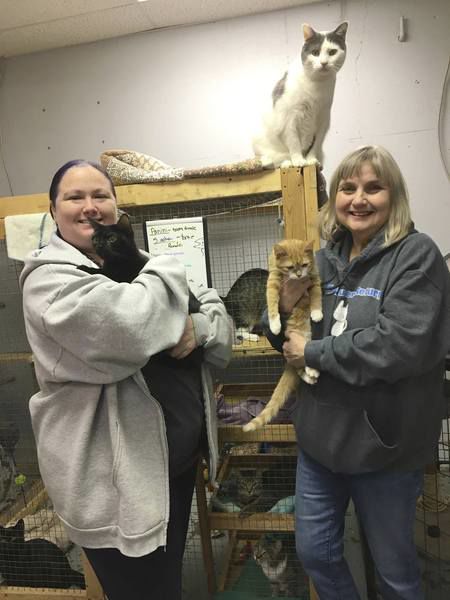 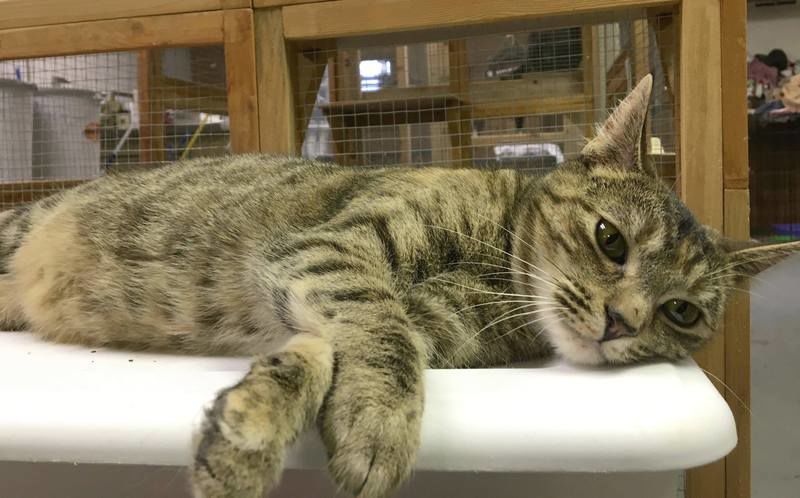 MONICA PRYTS | Allied NewsOne of the cats at the Grove City Area Pet Rescue adoption center gets ready for a nap. 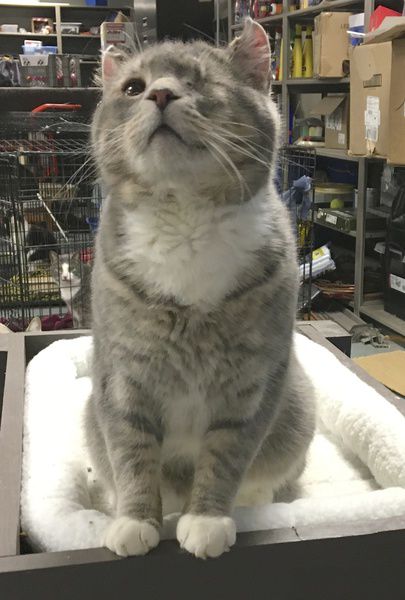 MONICA PRYTS | Allied NewsEvander is one of many cats with Grove City Area Pet Rescue that needs a home.

MONICA PRYTS | Allied NewsOne of the cats at the Grove City Area Pet Rescue adoption center gets ready for a nap.

MONICA PRYTS | Allied NewsEvander is one of many cats with Grove City Area Pet Rescue that needs a home.

Local animal rescue and adoption agencies have been working harder than ever to educate residents about the importance of spaying and neutering.

“Kitten season is a flood,” Jessica Hagan said of the litters that are born every spring.

Feb. 16 is World Spay Day, and volunteers like Hagan and Sharon Thompson – they’re with Grove City Area Pet Rescue – continue to be proactive.

According to the Doris Day Animal Foundation website, World Spay Day got its start in 1995, when Day and her organization, Animal League, sought to raise awareness of the issue.

At that time, the estimated euthanasia rate in overcrowded shelters was between 14 and 17 million dogs and cats each year.

Since then, millions of animals have been spayed or neutered in an effort to reduce the pet overpopulation.

Hagan, Thompson and other GCAPR volunteers work around-the-clock, responding to requests for help with cats in need, mainly the stray and feral population – which they said the average person doesn’t notice.

Those cats keep multiplying for a number of reasons. Some pet owners don’t get their cats fixed, and they let them roam around outside; some people leave their pets behind when they move; or entire litters get dumped at places like fields and farms.

The two ladies met at the rescue’s adoption center on Friday, checking on the dozens of cats and kittens that need homes.

Mama Sprinkles, a small black cat, was found near Hagan’s home last year along with her litter of kittens. The volunteers think she was born in early 2019.

A cat named Squirt followed Hagan and Thompson around the room, leaping from one cage to the next.

Other cats clamored for attention as well – climbing as high as they could go, reaching out with a paw, and chattering away with a chorus of “meows.”

The rescue’s adoption fee is $30 for a fully vetted cat; that includes spay or neuter.

Spaying and neutering a pet is part of responsible pet ownership, and the community’s support is needed, Hagan said.

A cat can be fixed when it is at least 8 weeks old and weighs 2 pounds.

The procedure is fairly simple with a short recovery time, and it can reduce the risk of certain illnesses and diseases, and help curb behavioral problems, Hagan and Thompson said.

Female cats can be spayed while pregnant or in heat. A cat can give birth to three litters in one year, which is not healthy, Thompson said.

Kittens are cute, but they are hard to care for, the ladies said. The rescue has taken in newborns, and cats with very serious injuries or medical conditions; some of them don’t make it.

And some of them are able to bounce back thanks to the dedicated volunteers. Evander’s ears and one eye were damaged at some point; the volunteers think he had been fighting with other strays.

The rescue wants to help as many cats as possible, and volunteers are preparing for a mobile spay and neuter clinic that will visit the adoption center on Feb. 12.

They have been in touch with some rental properties where they know there are strays plus residents whose cats need to be fixed.

Only two people signed up so far for the low-cost clinic, which Hagan said is disappointing.

The rescue is hoping to schedule another clinic in the near future, and cat owners are welcome to contact the rescue to see if they can be accommodated on Feb. 12, she said.

Volunteers are also busy with TNR – cats are trapped, neutered or spayed, and released. “TNR is love,” Hagan said.