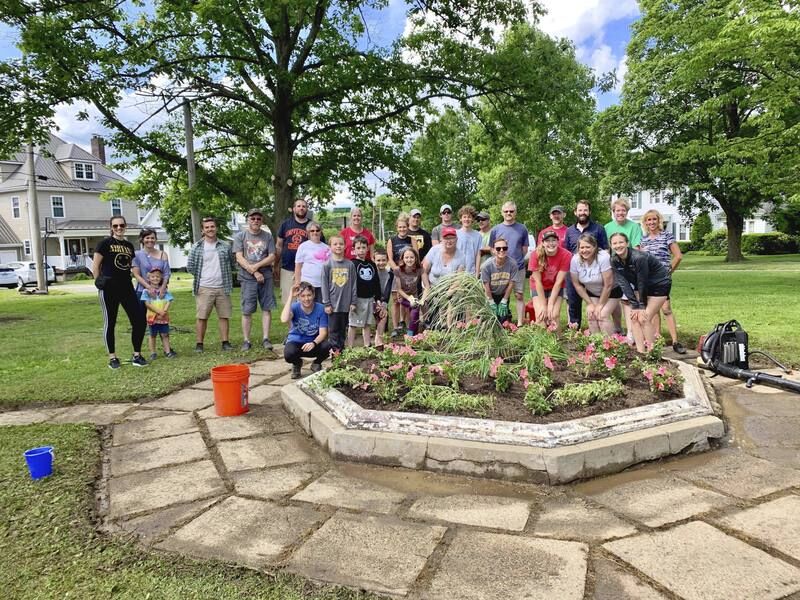 ContributedGrove City residents who live in the area of Hillcrest Circle volunteered their time and supplies during the summer to beautify the island on Hillcrest at State Street. 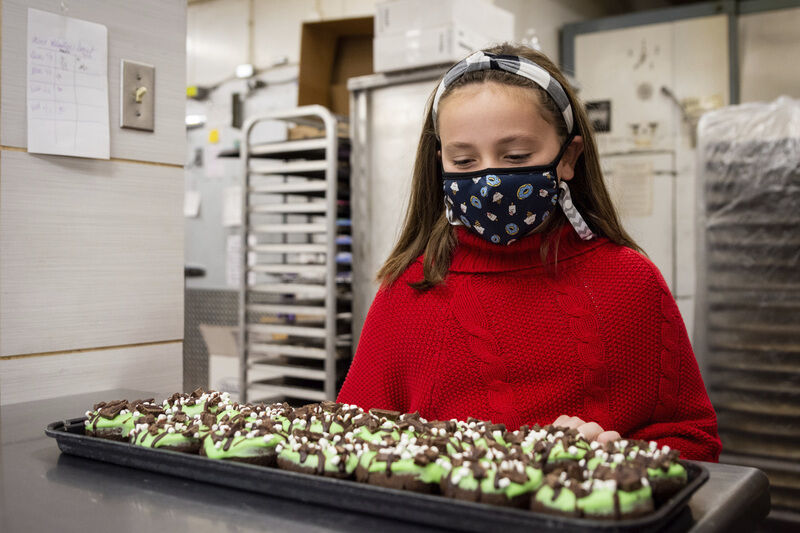 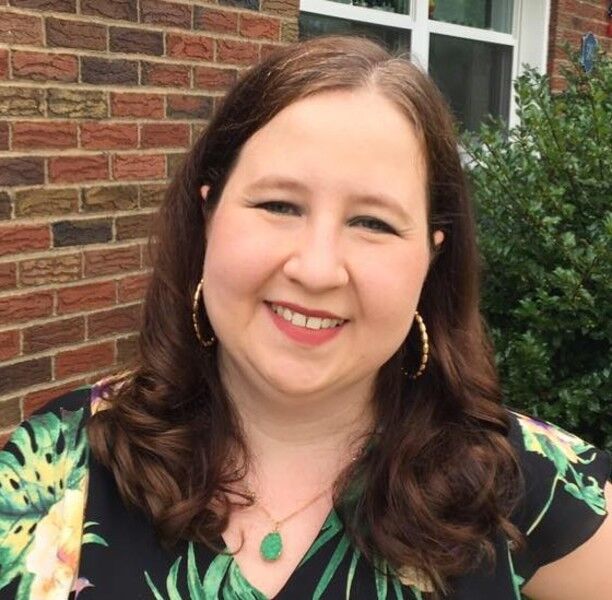 ContributedGrove City residents who live in the area of Hillcrest Circle volunteered their time and supplies during the summer to beautify the island on Hillcrest at State Street.

So many of our readers enjoy seeing stories about kids and young adults, and I’m happy to see families get excited about having one of their own featured in the newspaper.

Those stories continue to be told despite challenges presented by the COVID-19 pandemic, and I have been impressed by how local youths are responding to circumstances amidst this crisis.

They are finding new ways to help their communities, they’re coming to terms with significant changes to things like school and socializing, and they’re simply continuing to go about their usual lives as much as they’re able.

I’ve heard people say that the younger generation is “resilient” with the way they’re coping with the pandemic, and I think they are setting a great example for all of us – and I know much of that is influenced by the adults in their lives.

And while we are all dealing with ups and downs, I’ve been thinking about the good that has come out of 2020 thanks to these young folks.

I’ve compiled a roundup of some of those stories, and I hope you enjoyed reading them as much I enjoyed writing them.

Grove City High School students were in rehearsals for “Mary Poppins” this past spring when schools were shut down. While they did put together some virtual performances, they did not get to take the stage for live audiences.

They took it in stride, quickly adapting to the sudden change, and it wasn’t long before they started working on their fall play, “Lost and Found: Sondering Student Monologues from GCHS.”

Under the direction of Pat McElroy, the students wrote their own monologues, which were recorded and released to the public in an online video.

I had a chance to talk to several students, who wrote about personal experiences related to high school or the pandemic.

I was very impressed with how they were able to express themselves and share such emotional stories with others.

I walked away having renewed hope and feeling inspired to make the best out of a situation that doesn’t go your way, which is how many of us feel about the pandemic.

The same goes for Lakeview High School students, who were preparing to present “Newsies” in mid-March. They went on to host several performances later in the year with social distancing guidelines in place.

I’ve also spoken with students of all ages about remote learning. It’s not ideal and it can be complicated, but they are thankful for their teachers’ and professors’ support and guidance.

Also at GCHS: The girls’ volleyball team raised $1,500 as part of their annual Pink Out fundraiser for breast cancer awareness. The money was donated to Holly Docter, a nurse at AHN Grove City who recently completed treatment for breast cancer.

The current junior members are Alex Oakes and Hannah Foley, and they take turns sharing news about their peers or offer ideas and suggestions about borough happenings.

After more than 16 years of covering a variety of municipal meetings, I always find it refreshing to see the younger residents get involved with local government.

And commencement for GCHS seniors was held with two separate ceremonies with limited attendance and social distancing. I know it’s not what the students pictured when the school year started, but you could see on their faces that they were happy to be recognized.

Over at Hillview Elementary School, GCHS graduate Zack Hufnagel and his parents Ronni and Dr. Thomas Hufnagel, who own Wreaths of Joy, donated $5,900 to the school’s “Adopt-a-Classroom” program.

Donors typically give at least $100 for one classroom to buy supplies and materials, but Zack came up with the idea to “adopt” the whole school. The money came from a Facebook campaign that Wreaths of Joy hosted.

Zack told me that he hopes the donation inspires the younger students.

Hillview also teamed up with County Market to have fourth-graders design a new doughnut for the grocery store.

The students had a lot of fun coming up ideas and designs that incorporated things that they were learning in school.

Quinn Peterson won the contest with “The Mint Blaster,” and proceeds from sales of that doughnut were donated to Hillview. She was excited to visit the store and to help her school.

There were two neighborhood beautification projects this year on borough-owned property, both of them getting a boost from adults, kids and teens.

Residents who live in the area of Hillcrest Circle gave the traffic island a makeover. Overgrowth was cleared, the former fountain was turned into a flowerbed, and the walkways were restored.

On the other side of town, members of Girl Scout Troop 36642 earned their Silver Award by fixing up Meadows Park, a small green space off of Stockton Avenue.

They raised money from cookie sales and collected donations, and they put a lot of time into repairing the fountain, restoring the benches, building bluebird houses, adding a flower garden, and more.

The project took about two years to complete, and the girls are very happy with how it turned out. I’ve driven by both Hillcrest Circle and Meadows Park, and they look great.

You can tell that those who volunteered their time really take pride in their town.

She told me that it is important to share what you have with others if you’re able – a simple idea means so much.

This past summer amid racial unrest following the death of George Floyd – a black man who was killed by a white police officer in Minnesota – some folks in Grove City were concerned about a protest march being planned for the borough.

Led by Noah Wilson, 20, the march made its way from the Forker Field parking lot to the Grove City police station.

I followed along from start to finish, not really knowing what to expect at first. What I saw was people of all ages coming together, the young adults leading the way, and several Grove City officers walking alongside the large group.

Wilson told me that he wanted to raise awareness of racism and police brutality but also show that there are good police out there.

Myself and one of my colleagues ended up walking back to our vehicles with Noah, who still had a lot to say. I understand that some people were not in favor of the protest march, but I was dismayed to hear that some of those people contacted Noah to share their thoughts, some of which are not fit for print.

I hope that the article I wrote about the march got the message across that these young adults just wanted people to listen – what they see as the first step toward unity.

Lastly, I wanted to mention two little boys who left an impact on me, even though I never had the honor of meeting them.

The spirits of Aldon Blom and Lucas Hindman live on through their families’ charitable acts. Both boys passed away in early 2020, Aldon at the age of 3 from a rare form of brain cancer, and Lucas at 19 months following complications from an asthma attack.

Talking to families about the loss of a child never gets easier for me. It got even harder after I became a parent, the interviews leaving me with thoughts of how I might feel if I lost Gavin.

Both of these families didn’t let a pandemic stop them from helping others in memory of the boys, whom they know would be happy to see what’s going on.

Aldon’s grandmother, Lisa Blom, makes special bags that she sends to other kids who have the same kind of cancer that Aldon had.

Gigi’s Goodie Bags are personalized and contain toys, coloring books, stickers and other items for the kids to enjoy while they’re hospitalized or need something to keep them busy.

The bags include some of Aldon’s favorite things, like Ring Pops. I bought some of the candies plus toys and other treats that I donated to Lisa along with fabric my mother gave for the bags themselves.

Lisa and I cried together as I thanked her for sharing Aldon’s story with me. She said the article generated more donations, and that is why I write – to try and help others.

I am grateful that so many people are willing to tell me their stories, and I look forward to passing them on to you.

MONICA PRYTS is a staff writer for Allied News in Grove City and The Herald in Sharon. She has been with the company since 2004. She lives in Sharpsville with her husband, Stephen, and their son, Gavin. She can be reached at mpryts@alliednews.com.