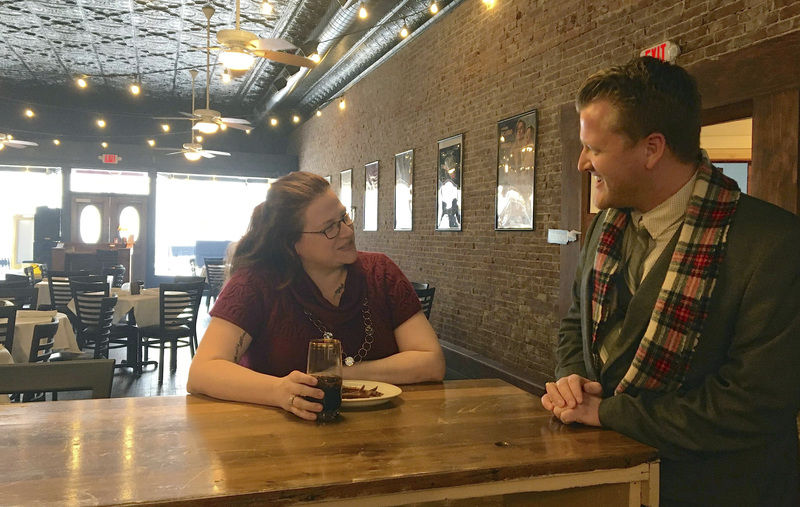 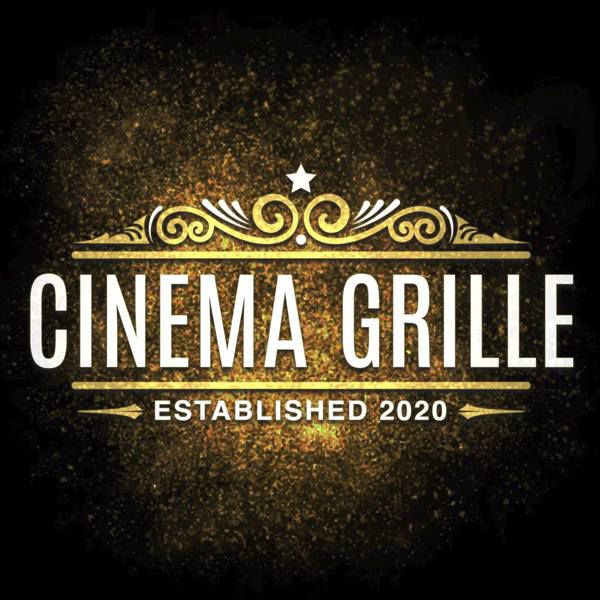 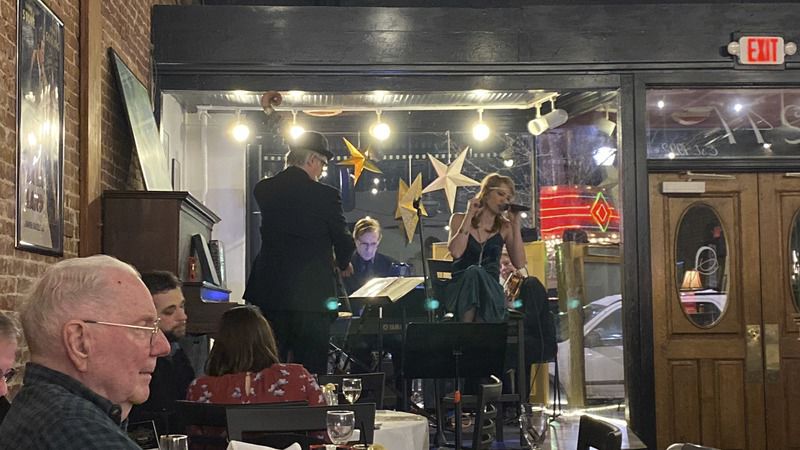 Morgan Marie and Co. performed on Saturday night at the Cinema Grille in Grove City as part of the restaurant’s grand opening celebration.

Morgan Marie and Co. performed on Saturday night at the Cinema Grille in Grove City as part of the restaurant’s grand opening celebration.

The restaurant, which had a soft opening in mid-January, hosted a Leap Day Grand Opening Celebration on Saturday night.

Folmar’s company, SpenceTF LLC, bought the three-story building, which will eventually add features including a screening room, black box theater, and space for the arts.

He is also founder and president of Veritas Arts, which operates the Guthrie Theatre across the street at 232 S. Broad.

The special event had a “roaring 20s” theme plus included a steak dinner, drinks, jazz music by Morgan Marie and Co., dancing and a special movie-themed gift.

After the soft opening, Cinema Grille adjusted its menu based on which items are selling well. The restaurant uses a local butcher, and the steaks are great, Folmar said.

“Our fried fish on Fridays is really popular,” he said.

Customer reviews on the restaurant’s Facebook page say that diners like the atmosphere, menu selection, portion sizes and staff.

A room separate from the dining area has been opened to accommodate overflow seating, and that space has also been used for private parties, banquets, parties and business meetings.

That side room will have a movie screen in the near future that will be operated by the Guthrie. The screen will eventually move up to the second floor, where offices and classes for visual and performing arts and acting will be located.

Cinema Grille is still finalizing the restaurant’s liquor license, and Folmar would like to open a speakeasy-style bar in the basement, where there used to be a bar years ago.

The whole building, which was constructed in 1906, will be known as “The Academy Building.”

There’s live music every weekend and upcoming dinner theaters, and the restaurant offers movie and dinner packages with the Guthrie, where patrons can have food delivered from Cinema Grille.