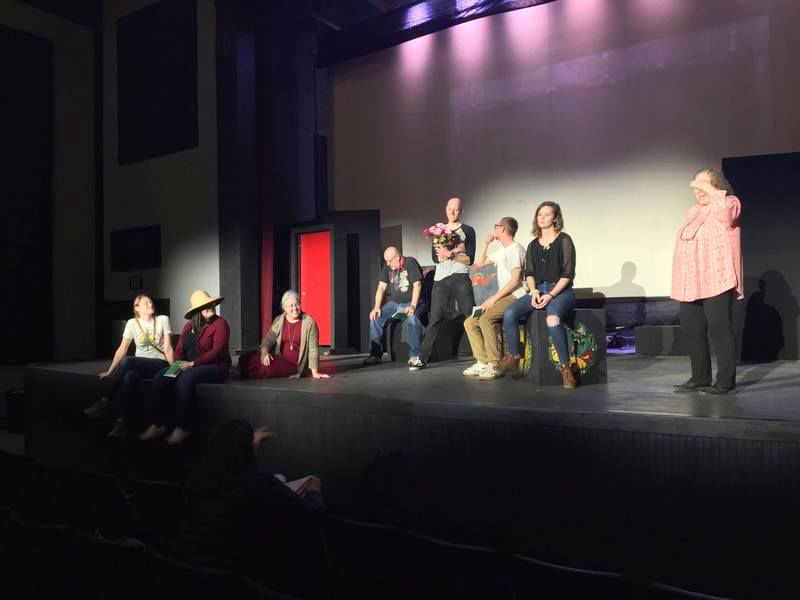 MONICA PRYTS | Allied NewsThe Guthrie Community Theatre’s cast of “Fools” rehearses for its upcoming production. The shallow stage from the 1920s vaudeville and movie house was extended into the auditorium for modern shows. 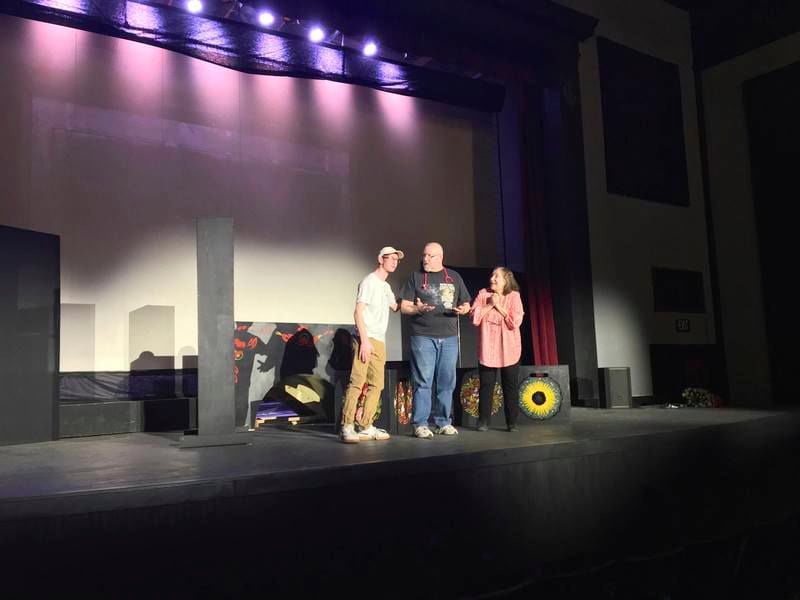 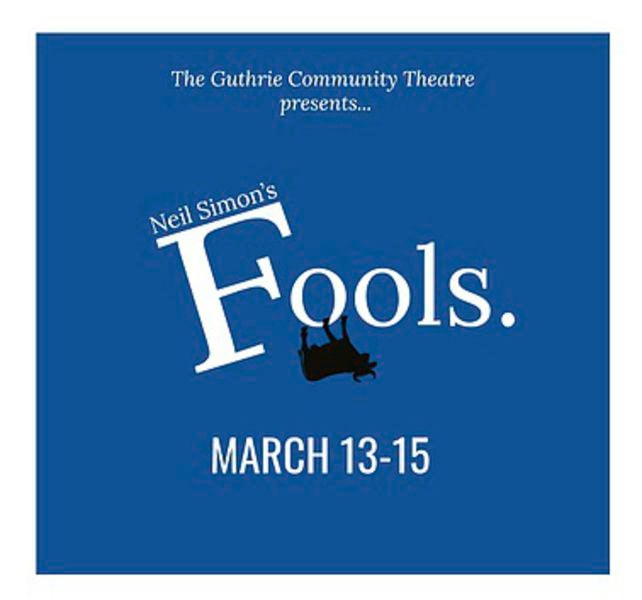 MONICA PRYTS | Allied NewsThe Guthrie Community Theatre’s cast of “Fools” rehearses for its upcoming production. The shallow stage from the 1920s vaudeville and movie house was extended into the auditorium for modern shows.

GROVE CITY – The Guthrie Community Theatre is preparing for its second production as well as auditions for the next show.

“It’s been a great experience... I feel like theater’s medicine,” said Sam Leuenberger of Grove City, who plays the villain, Count Gregor Yousekevitch.

He’s excited for his first role with the theater group, which performed “Miracle on 34th Street” for its inaugural show in December.

“Fools” tells the story of Leon Tolchinsky, who has started a great teaching job and meets the girl of his dreams.

He discovers that his new town has been under the “Curse of Chronic Stupidity” for 200 years, which makes things very complicated.

“It really put the community theater on the map for people,” he said during a recent rehearsal.

“It was really cool to see the Guthrie come to life,” he said.

The theater reopened in April after having been closed for nearly a year while repairs and renovations were completed.

Work included a bigger stage, something that hadn’t been used in decades.

The Guthrie opened in 1927, when entertainment was live and movies were silent. It’s owned by the nonprofit Veritas Arts, and also hosts concerts, comedians, fundraisers, and first-run films.

Voltz loves being part of the revival of live shows at the Guthrie, and he plans to try out for the next production, “Into the Woods,” which runs May 22 to 24.

“Give it a shot,” he said, encouraging other community members to audition for the musical.

This group has become like a family, and it’s a good way to give back to the community, Voltz said.

Fred Welton of Grove City is new to the theater scene, but said the group has made it easy and fun for him.

“‘Miracle on 34th Street’ was the first play I’ve ever done,” he said.

“Fools” is hilarious with great writing, and it’s suitable for families, he added.

Courtney McNamara has been helping with the costumes and set, and she plays Yenchna, a street vendor.

She also appeared in the Christmas show and painted the set, and she’s excited for the new community theater group.

“I grew up at the Guthrie,” she said.

Doors open for “Fools” a half hour before each show. Tickets are $12; group rates are available. For more information or tickets, call 724-458-9420, or visit www.theguthrie.org/live-shows

‘INTO THE WOODS’ AUDITIONS

The music and lyrics for “Into the Woods” was written by Stephen Sondheim, and it’s based on the book by James Lapine.

It’s a dark and funny twist on the Brothers Grimm, following characters including a baker and his wife, Cinderella, and Jack.

When the baker and his wife learn that they cannot have a child because of a witch’s curse, the two set off on a journey to break the curse.

Actors ages 12 and up are needed; no experience is necessary. A vocal and acting audition will be required.

Every actor won’t be needed for each rehearsal.