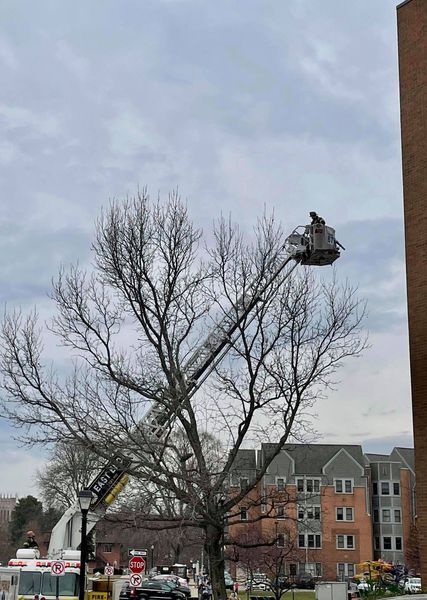 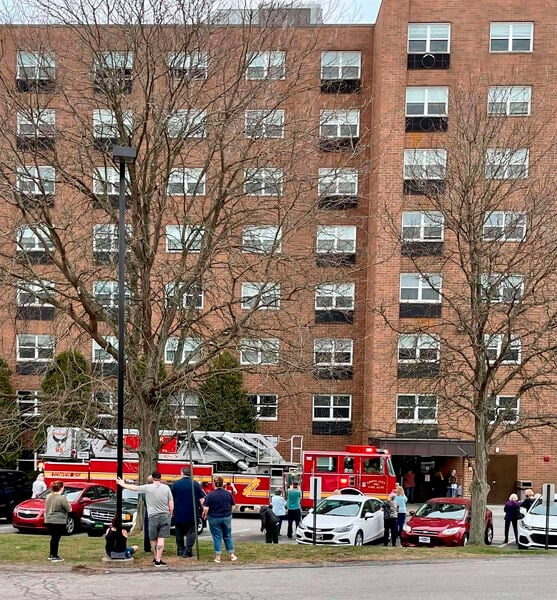 ContributedNo one was hurt and only one apartment was damaged when an oven hood caught fire Thursday at College View Towers in Grove City. The building was evacuated.

ContributedNo one was hurt and only one apartment was damaged when an oven hood caught fire Thursday at College View Towers in Grove City. The building was evacuated.

GROVE CITY – Quick action by staff at College View Towers and fire crews ensured no one was hurt Thursday afternoon when an oven hood caught fire.

“Everyone got out safely and quickly,” said Polly Hogue, property manager for the Grove City apartment building.

The blaze broke out in an apartment on the eighth floor, which is the building’s top floor. The senior citizen high rise building has 103 aparemnts, and most of them are occupied, Hogue said.

Grove City Senior Center is housed on the ground floor. Hogue said staff evacuated everyone in the building.

When the fire alarm went off, it indicated that there was a problem on the eighth floor, she said.

Hogue and Jeff Large, the maintenance supervisor, went to the top floor and saw smoke coming from the apartment.

They pounded on the door and unlocked it after getting no answer. The resident was not home, and it appears that the fire started in the hood above the stove, Hogue said, adding that the stove was not turned on.

“And we could see fire,” she said.

Large was able to put out the flames with a fire extinguisher. He and Hogue went quickly from door to door to make sure everyone made it out of the building.

The apartment needs some repairs, and American Red Cross is assisting the resident in the meantime. All of the other residents were able to return to their apartments, Hogue said.

The stove-top and a bit of the adjacent wall was damaged. There was also some smoke damage to the apartment, but the fire did not spread to any of the other apartments, Badger said.

Hogue said she’s grateful for the firefighters’ quick response and Large’s help. She also thanked Grove City police, which helped with traffic control, and the community for its support.

• Also on Thursday afternoon, some Grove City firefighters assisted with the effort to put out a house fire in Clintonville, Badger said.

The house was heavily damaged, but no one was hurt, Badger said.

• On Sunday afternoon, Grove City firefighters responded to a porch fire at a home in the 400 block of East Main Street.

Fire damaged the home’s siding and some floor wooden support beams. Badger said firefighters contained the blaze to the porch thanks to a quick response from Grove City College security and Grove City police.