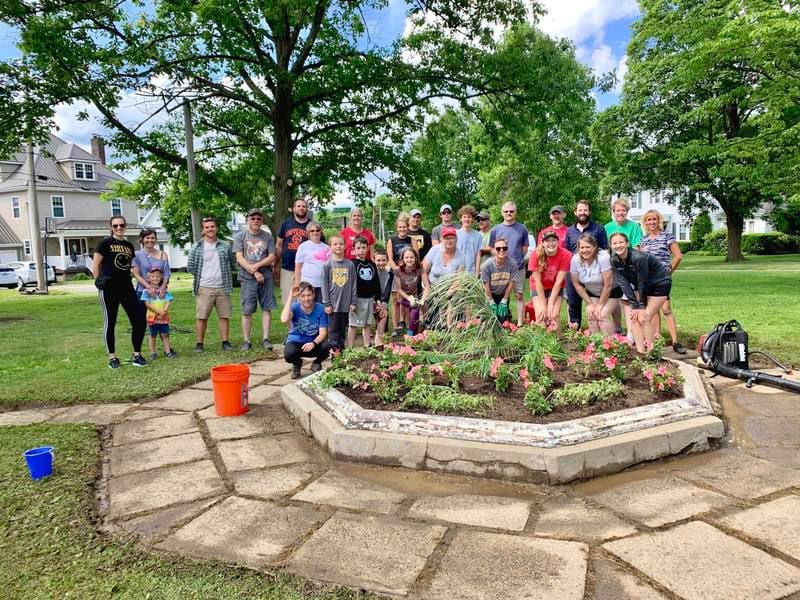 ContributedGrove City residents who live in the area of Hillcrest Circle recently volunteered their time and supplies to beautify the island on Hillcrest at State Street. 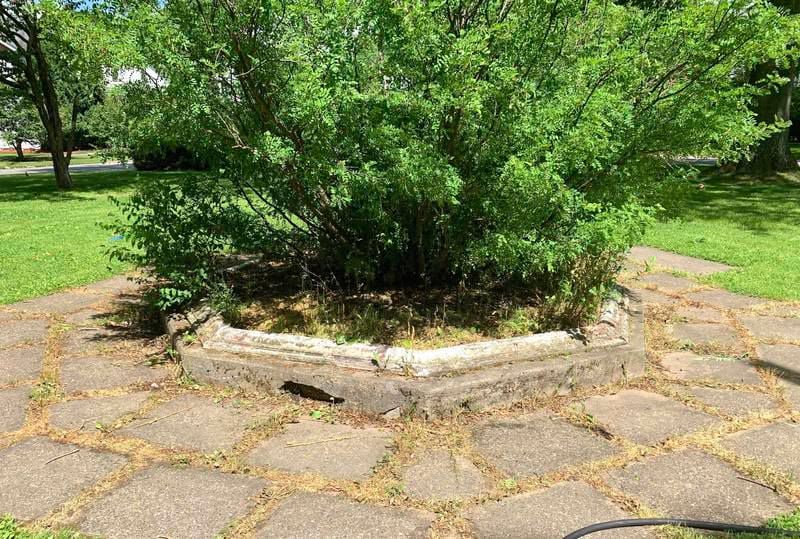 ContributedThis once was a fountain at Hillcrest Circle and now has been transformed into a flower bed after the unwieldy foliagewas removed.

ContributedGrove City residents who live in the area of Hillcrest Circle recently volunteered their time and supplies to beautify the island on Hillcrest at State Street.

ContributedThis once was a fountain at Hillcrest Circle and now has been transformed into a flower bed after the unwieldy foliagewas removed.

GROVE CITY – Part of a Grove City neighborhood got a makeover thanks to residents volunteering their time, tools and supplies.

“It was so amazing... Everyone just kind of took a job,” Mikki Cook said.

Her family lives on State Street. On a recent afternoon, sounds of yard work and kids playing could be heard throughout the neighborhood.

Where State Street meets Hillcrest Circle, there is a circular island in the middle of the road. The grassy spot includes tall trees, plants and a few stone walkways.

A fountain used to run in the middle of the island, but it hasn’t been operational for years. It became overgrown along with other parts of the island, which people have used for picnics and playtime.

Cook and some of her neighbors teamed up to beautify the space, and they handed out flyers to spread the word.

“They were really excited to hear about it,” she said of area residents.

Carla Buckley, Romni Scott, Elizabeth Messer and Carrie Peluso joined Cook in rounding up volunteers, who came together on June 14.

About 50 people brought gardening supplies, flowers, plants and more – all paid for out of their own pockets. One gentleman rode over on his tractor to do some mowing.

“We were overjoyed... It’s just a blessing,” Cook said.

The property is owned by Grove City borough, which mows the grass. The volunteers got the borough’s permission to tidy things up further.

Volunteers filled seven truckloads of brush, branches and other materials, and the former fountain has been transformed into a flower bed.

A large order of mulch from Seivers Farm Market was spread, and the walkways were uncovered.

Neighborhood kids handed out lemonade and water, and some of them – including Cook’s 7-year-old son Easton – used metal detectors to see if they could find any hidden treasures.

They didn’t find anything, she said, but they still had a good time.

She hopes it will remain a fun spot for kids to meet up, something that she enjoyed during her childhood. Cook grew up in that neighborhood along with her husband Justin. They also have a daughter, Brooklyn, 14.

The cleanup day was a great opportunity for neighbors to get to know each other better, and it was a positive experience with results that everyone can enjoy, she said.

There’s definitely more of a “buzz” in the neighborhood because of the project, and the volunteers have received great feedback.

“We all feel a little more pride in our neighborhood,” she said.

The residents would like to add benches and organize a neighborhood block party, Cook said, adding that she noticed a borough crew working on the concrete fountain base, which needs some repairs.

The volunteers are committed to maintaining the island, and a water-flowering schedule has been set.

“It’s just beautiful... It’s quite a difference,” she said.

Mattocks recalled running through the fountain to cool off and noted that the new decorative-grass plantings look like spraying water.

The most important part of the project was neighbors coming together for a positive gesture, she said.

Council President George Pokrant said that the borough is blessed to have people like in the community.