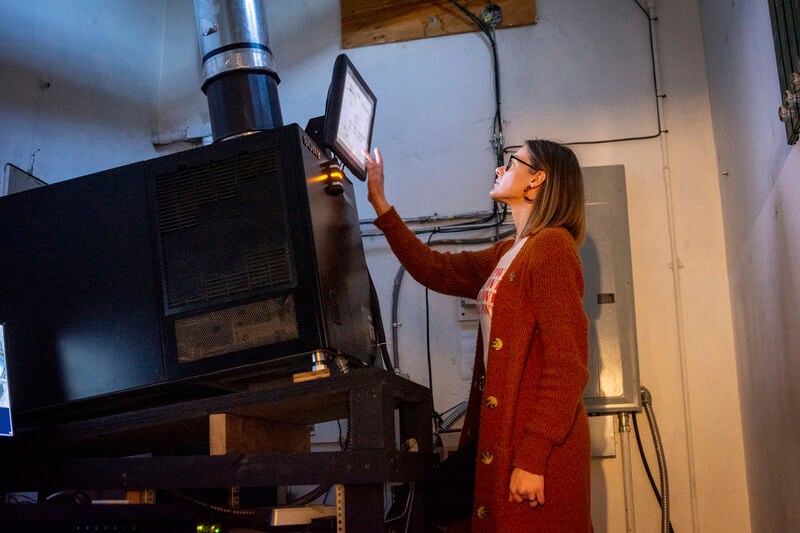 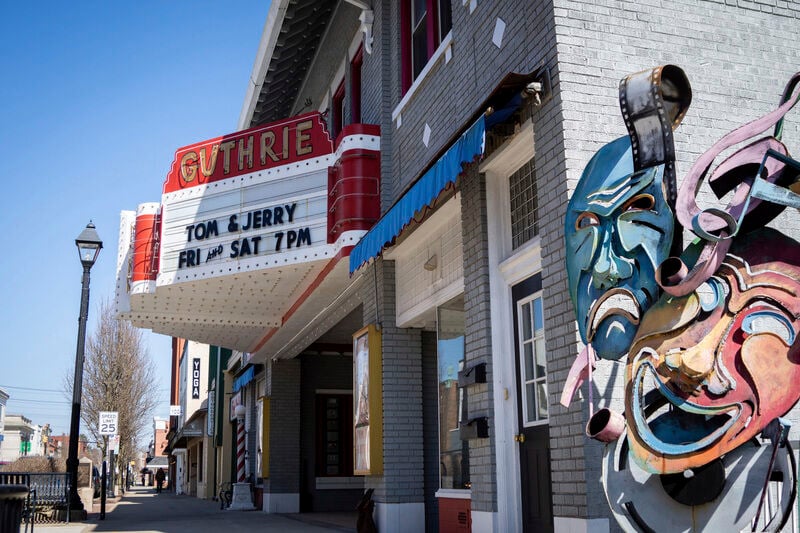 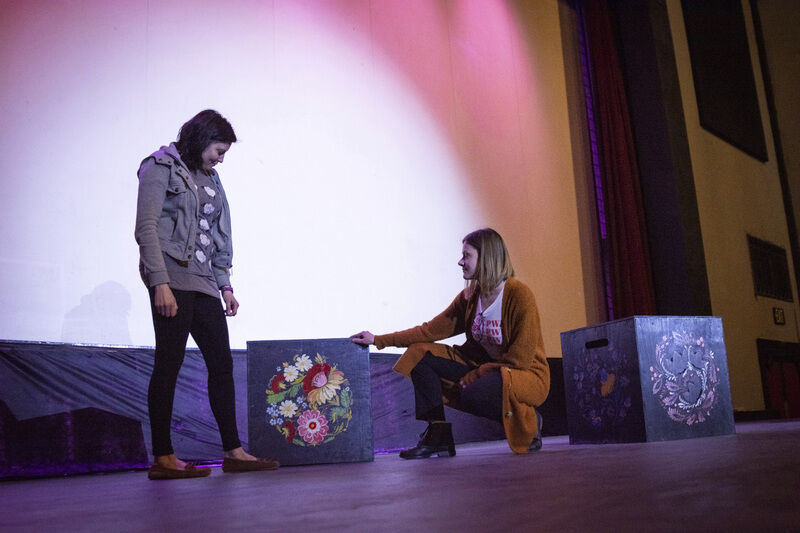 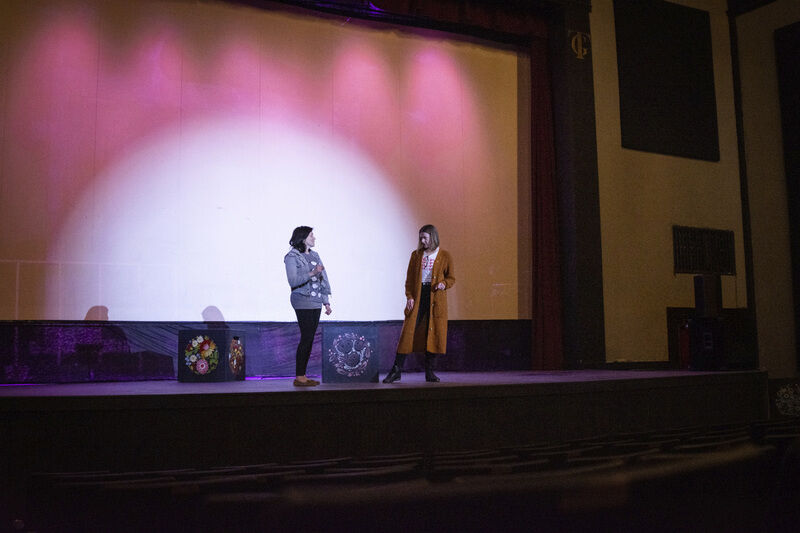 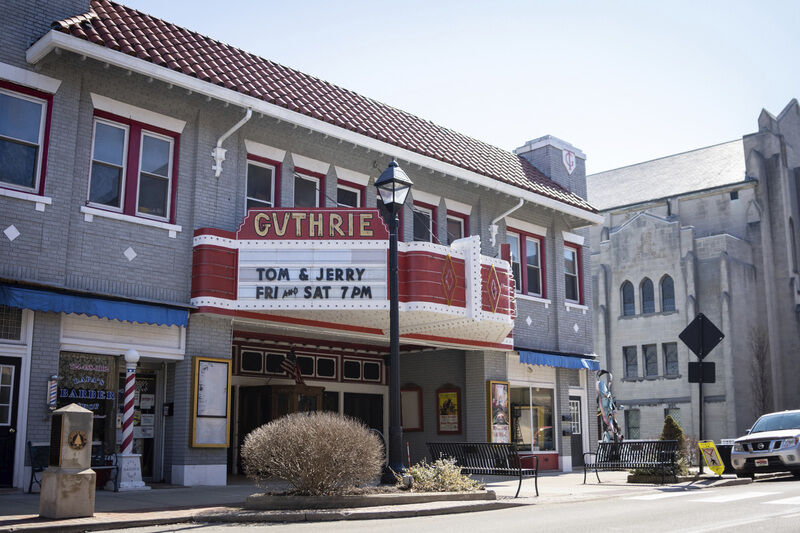 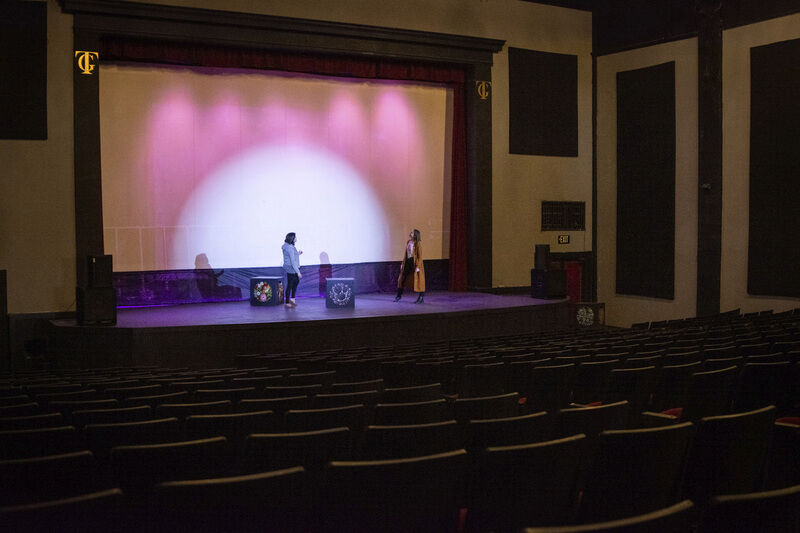 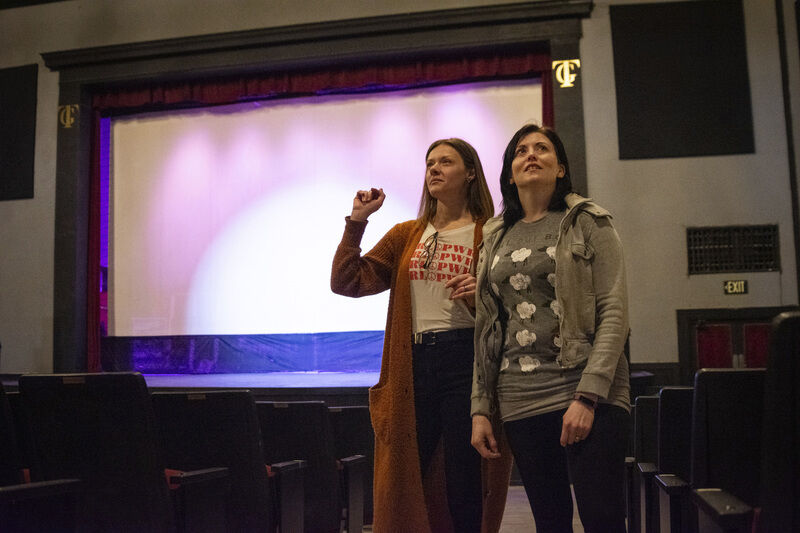 GROVE CITY — While movies are on the marquee — literally — at the Guthrie Theater, there’s a whole lot more going on inside.

Sonj Moore, the theater’s artistic director, calls the Guthrie a place where the arts come alive in the form of film, stage performances, concerts, fundraisers and more.

“We want to be an artistic and educational resource for the community,” said Sonj Moore, the theater’s artistic director.

And the Guthrie needs the community’s help with a number of projects.

Veritas Arts, which bought the Grove City theater in late 2018, reopened it in April 2019 after completing some renovations. The organization announced in August that the one-screen theater was for sale following financial strains from the COVID-19 pandemic, which briefly closed the Guthrie in 2020.

It’s still for sale. But in the meantime, Veritas Arts is moving forward with more renovations, programs and offerings for patrons.

Moore and Courtney McNamara, assistant artistic director, are both volunteers who said they are optimistic about the Guthrie’s future.

They’re designing murals for the lobby with an “art deco” theme in mind, trying to recapture the original charm of the theater, which opened in 1927.

“There’s so much beauty and mystery behind it,” said Moore, looking around the lobby.

They need paint, scrap wood, other supplies and volunteers to help with the murals. Since Veritas Arts in a nonprofit, the theater always needs of volunteers and donations, McNamara said.

Moore and McNamara are working on reviving the Guthrie’s community theater program, and they recently put out a call for actors and crew members over 18.

The Guthrie Players have three productions in the works. Interested people can apply via email by March 15 to theguthrieplayers@gmail.com

The shows’ titles have yet to be announced, and participants don’t need to have prior acting experience.

“There is always a talent that they have,” Moore said.

A group of Grove City College students are organizing the Lux Mea Film Festival is being organized by the students. The short films will be screened April 30 to May 1 at the Guthrie.

Spencer T. Folmar, a Clearfield native and filmmaker who founded Veritas Arts, was first introduced to the Guthrie as a GCC film student.

GCC seniors Gabrielle Capaldo and Paige Fay, who are studying communications, stopped by the theater recently to go over some of their plans for the film festival.

The college’s motto is “Lux Mea,” which is Latin for “my light,” Capaldo said.

She hopes that festival-goers appreciate the films’ “human experience,” and said the Guthrie is the perfect setting.

“It just has that great old-timey feel,” she said.

Fay said she wants patrons to see the beauty of film-making, which can be a powerful medium.

Film festival tickets will be sold through the college and the Guthrie.

Local artists have donated artwork for an online auction. Proceeds will benefit Veritas Arts, and the auction ends at 2 p.m. April 4.

The fundraising goal is $2,000, and the auction has so far raised nearly $300. For more information or to place a bid, visit 32auctions.com/guthrietheaterart

The Guthrie shows movies on Fridays and Saturdays. Current capacity is 250, and patrons have complied with social distancing, Moore said.

Coming up are remastered versions of “The Lord of the Rings” trilogy and “The Hobbit” trilogy, on Fridays March 12 through April 16.

View from the top and more

Verias Arts is planning to use the entire Guthrie Theater building, including a large apartment, which sits above the theater and looks out over Broad Street from above the marquee.

Veritas Arts is planning to renovate the apartment and rent it to patrons who would like to catch a show and spend the night, Moore said.

The Guthrie started an improv group in December, and Veritas Arts hopes to be able to offer play-writing courses, with two summer theater camps for children.