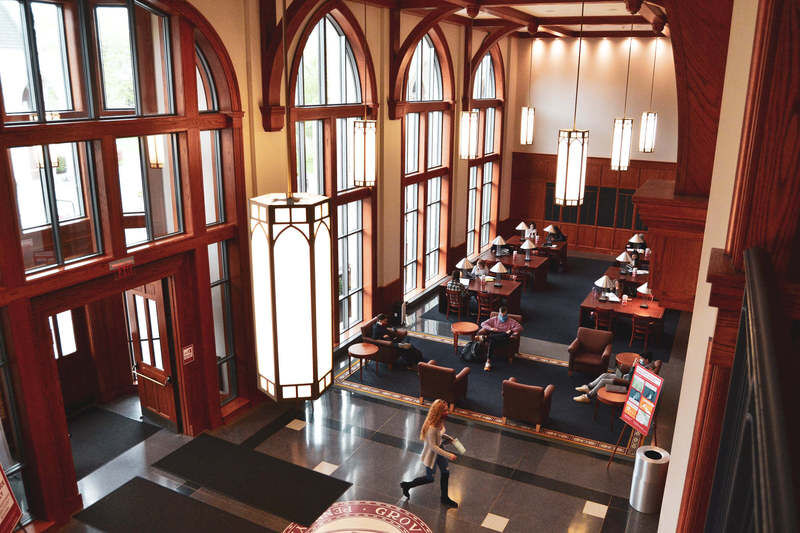 The entrance atrium of the Grove City College’s Hall of Arts and Letters building, which was built in 2002.GROVE CITY COLLEGE | Contributed 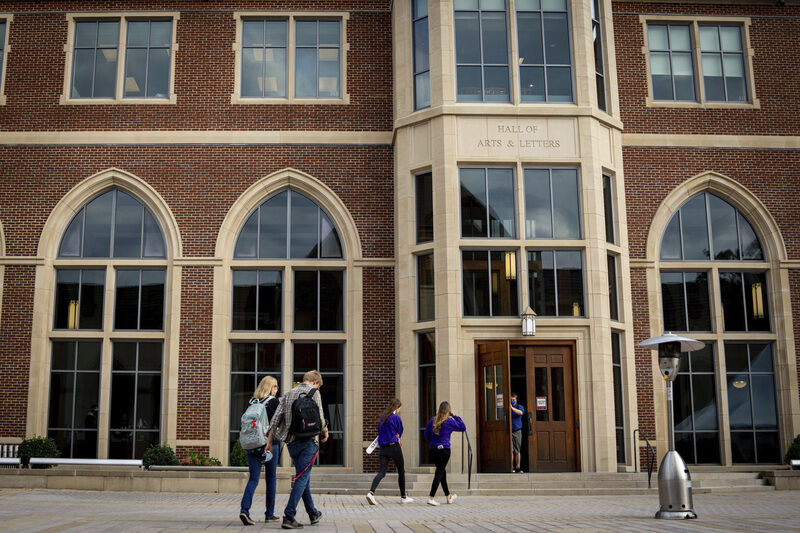 TANNER MONDOK | Allied NewsGrove City College students walk by the Hall of Arts and Letters building on campus Tuesday. It will be renamed for Richard G. Staley ‘62, who is giving the college $4 million. 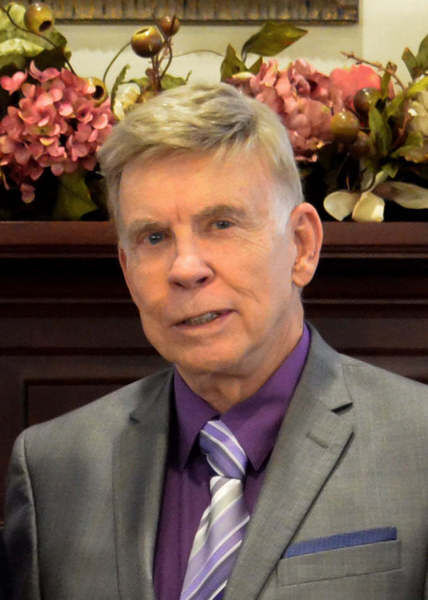 The entrance atrium of the Grove City College’s Hall of Arts and Letters building, which was built in 2002.GROVE CITY COLLEGE | Contributed

TANNER MONDOK | Allied NewsGrove City College students walk by the Hall of Arts and Letters building on campus Tuesday. It will be renamed for Richard G. Staley ‘62, who is giving the college $4 million.

GROVE CITY – Grove City College will be receiving a $4 million donation from an alumnus – the largest unrestricted gift in the institution's history.

The college announced on Tuesday that entrepreneur Richard G. Staley, class of 1962, is behind the generous contribution.

"It's a real blessing that he looked at us in this way," said Jeff Prokovich, vice president for advancement at GCC.

The college's board of trustees has agreed to rename the Hall of Arts and Letters on campus as "Staley Hall." It will be rededicated at spring commencement ceremonies.

The building was constructed in 2002 and sits on the east side of campus. It is home to the Alva J. Calderwood School of Arts and Letters.

The fact that the gift has no conditions attached to it speaks to Staley's respect and trust in the college's leadership, Prokovich said, adding that a decision has yet to be made about how the funds will be used.

Staley, a native of Natrona Heights, Pa., graduated from the college with a chemical engineering degree.

He founded Flavor House Inc. in 1977, and is also founder of Staley Equipment Co. Both are in Adelanto, Calif.

Flavor House's services include research and development for food flavoring and custom flavors and blending.

The company specializes in powdered hydrolyzed vegetable proteins and yeasts, and most of the materials can be made in paste or liquid form, according the company's. website. Its customers include McCormick and Maruchan.

"It's a fascinating business," Prokovich said.

Staley and his wife Jayne live in Florida. Staley remains active with both companies, Prokovich said.

Prokovich has met Staley several times, and said his words and actions are always very thoughtful.

Staley received the Alumni Achievement Award in 2019, has a laboratory in STEM Hall named after him, and gave an endowment that led to the renaming of the Richard G. Staley '62 Visionary Entrepreneurship Speaker Series.

The program has featured guest speakers like Blaine Hurst, chief executive officer and president of Panera LLC, GCC alumni who own and operate Chick-fil-A restaurants, and other entrepreneurs.

Gifts like Staley's donation are crucial during these challenging times in higher education, and the action may prompt others to do the same, Prokovich said.

Many students are familiar with Staley and the impact he's already had on campus, and the college is grateful for the gift and his commitment, he said.

Staley could not be reached for comment but told the college that it's important for GCC to keep educating students and make an impact for generations to come.

"Grove City has been important in my life and career, and I want to do my part to help maintain its independence from the federal government," he said in a news release.

Staley is one of the college's most generous supports, and the gift will enhance the ability to manage current challenges and strategic opportunities in the future, said GCC President Paul J. McNulty.

"His contribution is an extraordinary encouragement to the entire Grove City College community," he said.