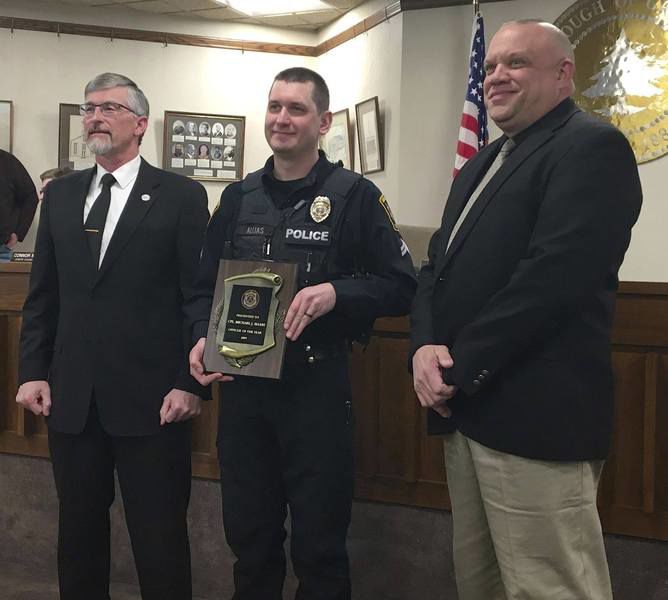 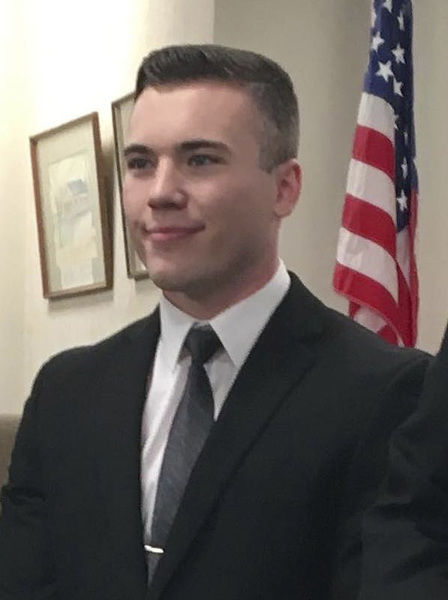 He was recognized during Monday night’s borough council meeting by police Chief Dean Osborne, who said Allias is respected by his peers and subordinates.

“It’s not one particular thing,” Osborne said of what makes Allias deserving of the award.

Allias has been with the department since 2009, and he also received this award in 2015.

His overall performance and input from the rest of the department led to the award for Allias a second time, Osborne said.

He is the afternoon shift supervisor, and goes above and beyond to serve others and assist his colleagues.

“He’s always willing to help them out any way he can,” Osborne said.

Allias said he didn’t think he deserved the award more than anyone else. He is appreciative and glad to work with a great group of people.

Allias is also the department’s Taser instructor, and the officer who oversees the Justice Network and Commonwealth Law Enforcement Assistance Network certifications for all staff members.

In 2019, he played a vital role in updating the department’s field training program, Osborne wrote.

“Most importantly, he brings a great attitude to work every day and goes above and beyond with any tasks he may encounter,” he wrote.

Allias contributes to positive morale, and one officer said that Allias’ leadership makes him a better officer.

Osborne pointed out the handful of other patrolmen in the crowd.

“Thank you for all that you do,” council President George Pokrant said.