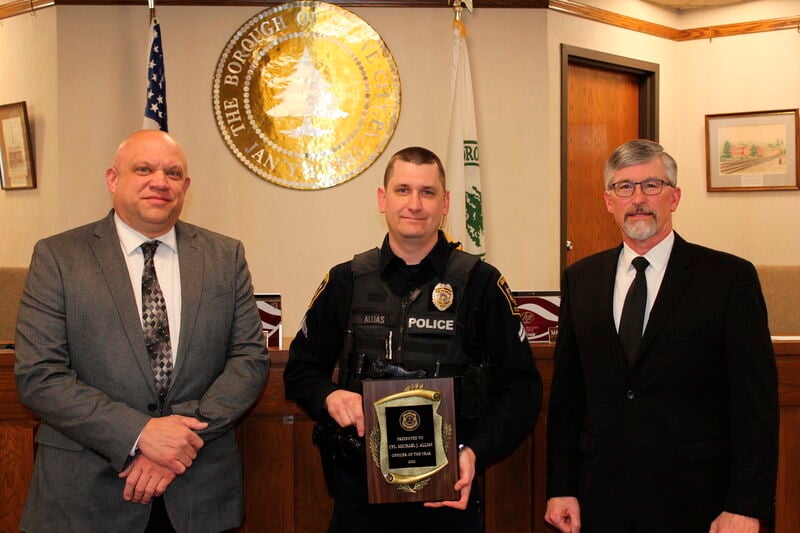 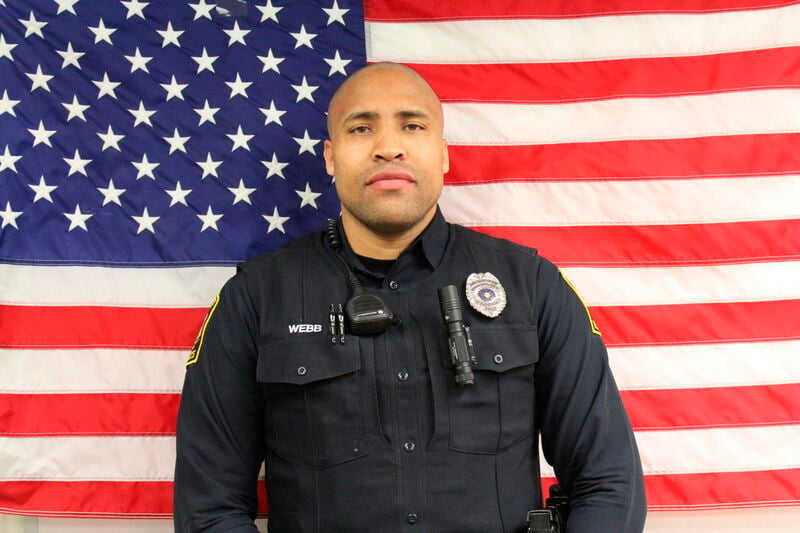 GROVE CITY – For the second year in a row, Cpl. Michael Allias was named Grove City Police Department’s “Officer of the Year.”

“I don’t expect this at all,” Allias said during Monday night’s borough council meeting.

The award is the department’s way of recognizing someone from the past year who has gone above and beyond, said police Chief Dean Osborne.

Allias, who has been with the department since 2009, received the honor last year and in 2015. The recipient is nominated by their peers.

“I think it speaks a lot for what he does for the department, for the borough,” Osborne said.

Allias is the supervisor for the afternoon shift, which is the department’s busiest shift. He is always a step ahead.

“There’s a lot to be said for that in this profession,” Osborne said.

Allias said he appreciated the award for just trying to do his job, and that he works with a good group.

He does an outstanding job for the community, said Mayor Randy Riddle.

Webb previously worked at George Junior Republic and as a patrolman for New Sewickley Township, and the department is happy to have him, Osborne said.