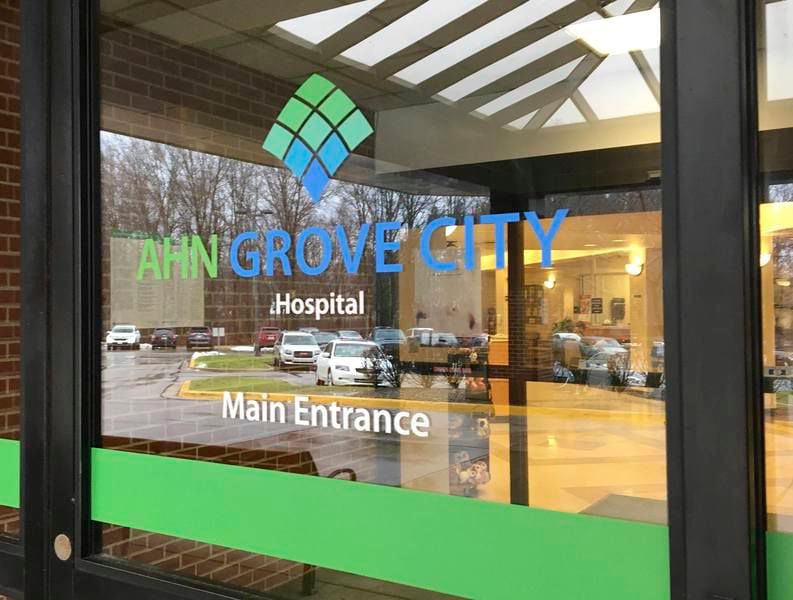 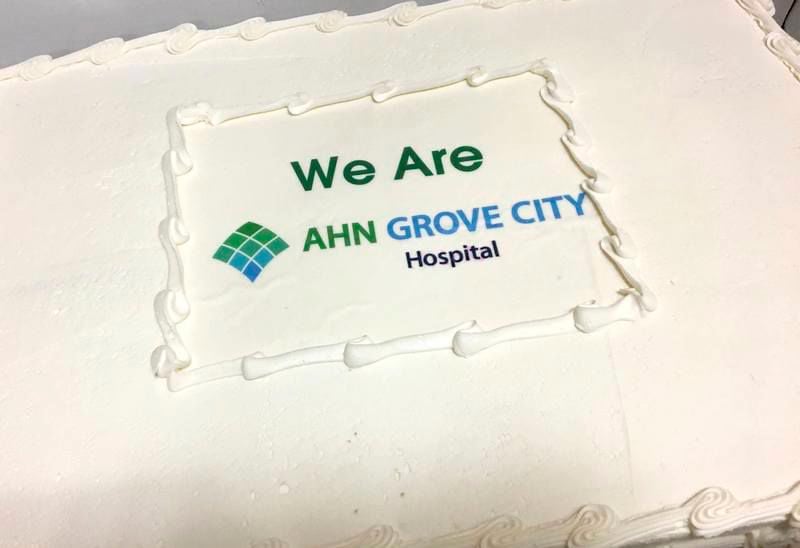 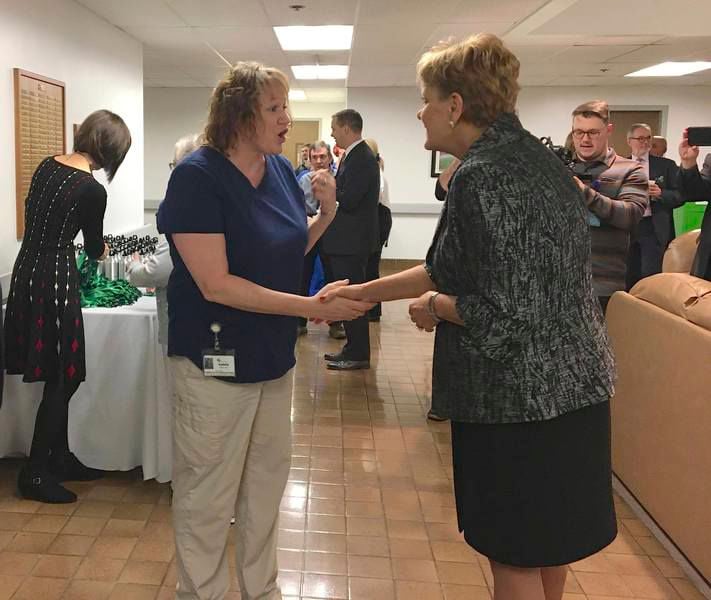 Cynthia Hundorfean, right, president and chief executive officer of Allegheny Health Network, greets Karen Kellerman, office coordinator of the oncology department at AHN Grove City. Hospital employees met with AHN leaders on Friday as part of the announcement that the affiliation between the two hospitals has been finalized.MONICA PRYTS | Allied News 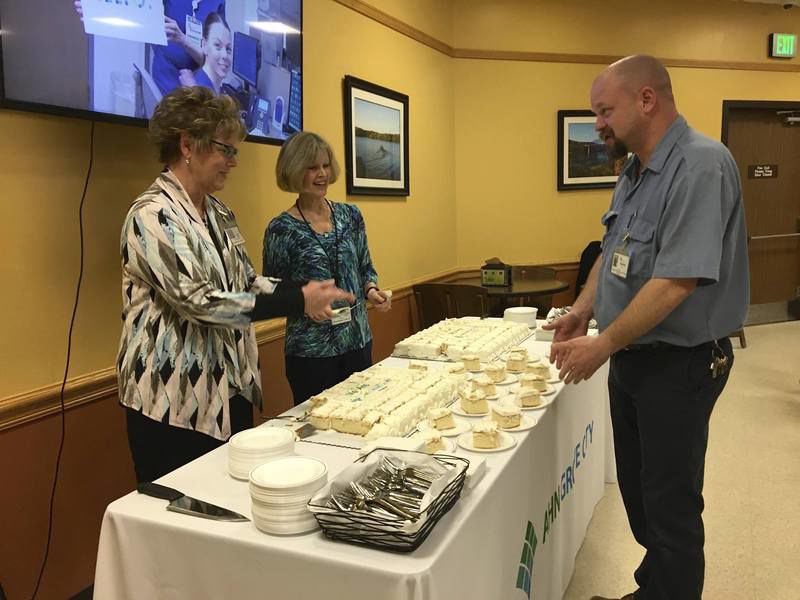 Cynthia Hundorfean, right, president and chief executive officer of Allegheny Health Network, greets Karen Kellerman, office coordinator of the oncology department at AHN Grove City. Hospital employees met with AHN leaders on Friday as part of the announcement that the affiliation between the two hospitals has been finalized.MONICA PRYTS | Allied News

PINE TOWNSHIP — When Karen Kellerman first learned about Grove City Medical Center’s affiliation agreement with Allegheny Health Network, she was interested to see how it would play out.

Now that the agreement was made official Friday, Kellerman said she is excited to see the plans fall into place, and other community members feel the same.

She was among dozens of hospital employees who had a chance Friday to meet with Allegheny Health Network leaders, including Cynthia Hundorfean, president and chief executive officer of AHN.

“We are a family,” Hundorfean said of the new venture.

The medical center and AHN announced the merger in August. AHN, based in Pittsburgh, is a Highmark Health company serving western Pennsylvania.

Hundorfean, who has been with AHN for about four years, said she is thrilled that the organization is bringing improved clinical services to what is already an “amazing hospital.”

She said AHN officials have heard positive feedback from employees and area residents, and that she and other hospital officials will soon meet with local businesses, organizations and agencies to bolster AHN’s connections with the community.

Changes already in the works include more opportunities for same-day appointments, and technological upgrades, including expanded electronic medical records, that will enhance services.

“It’s going to be seamless,” Hundorfean said of the transition.

Hundorfean said the hospital will undergo more changes, and hospital officials have yet to decide the future of the facility’s leadership.

Dave Poland is interim CEO of AHN Grove City, and the hospital’s chief financial officer. He worked at the Grove City hospital for 11 years and said he looks forward to what he believes will be a positive experience for everyone.

He said AHN has stepped up to deliver the plans, like putting more resources and services in place, established in August.

Hospital officials are looking at a wide range of factors — including equipment, technology and services — to determine where changes may be necessary, he said.

This partnership means that patients who need specialized care won’t have to travel out of town for treatments and appointments.

“They’ll be rotated in,” Poland said of specialists.

There are also a lot of details to be finalized, like making sure the new logo and name are applied to signs, records, letterheads, business cards, employee badges, and more.

But Friday was a day for celebration. Employees enjoyed cake decorated with the new logo, and received lanyards and mugs.

Travis Bish, facilities manager, said his department will have more support and resources. His own family members, who already use the hospital’s services, are excited about a more modern level of service.

“I think it’s going to be a great thing for the community,” said Bish, who has worked at the hospital for 19 years.

Karen Marterella, who works as a department assistant in nursing administration, and Allyson Nikoloff, a financial assistant – they’ve each worked at the hospital for more than 40 years – were serving cake in the cafeteria and said they’ve been pleased with the upbeat atmosphere set by AHN.

Laurent added that the hospital will be enhancing specialties like orthopedics, cardiology, neurology and oncology. A community celebration and open house for the public is being planned for the spring.

AHN Grove City’s goal is to become part of the fabric of the community with patients at the center. He believes those who are uncertain of the change will like what they see.

AHN officials have said that they plan to invest more than $40 million over the next 10 years to strengthen the hospital’s services and infrastructure.

The health system has established the Grove City Health Care Foundation, which has an endowment of up to $30 million to be earmarked for local health and wellness initiatives.