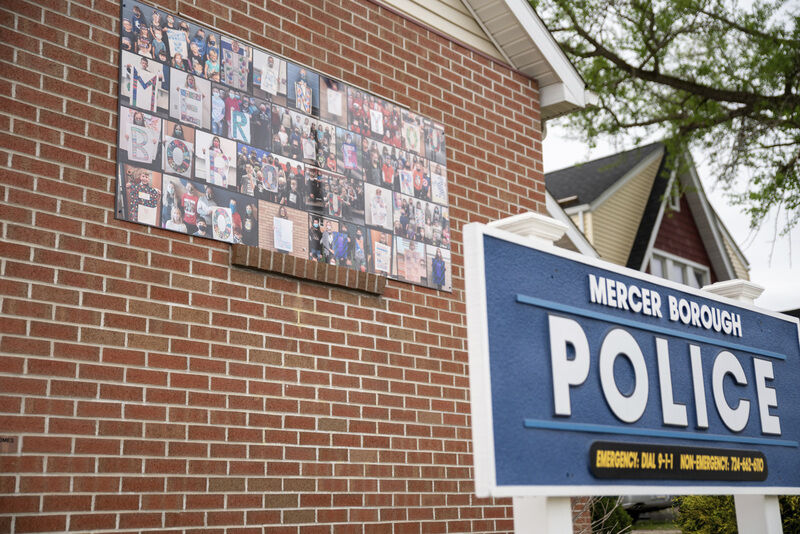 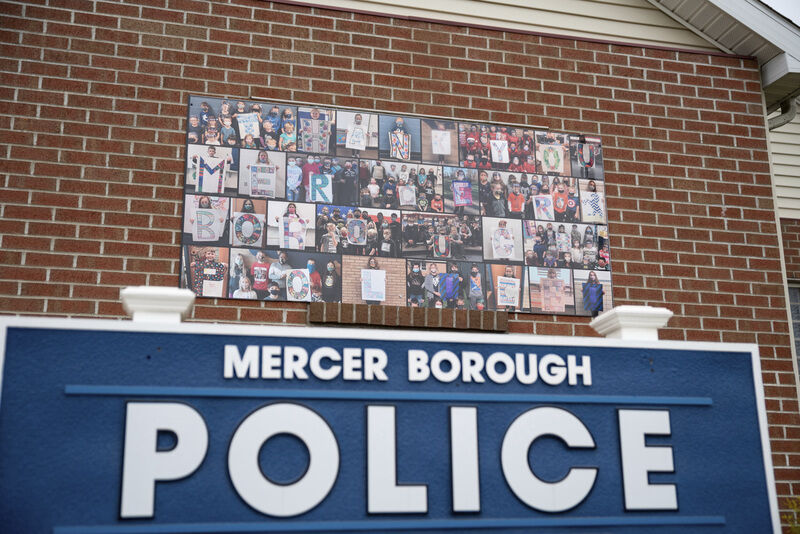 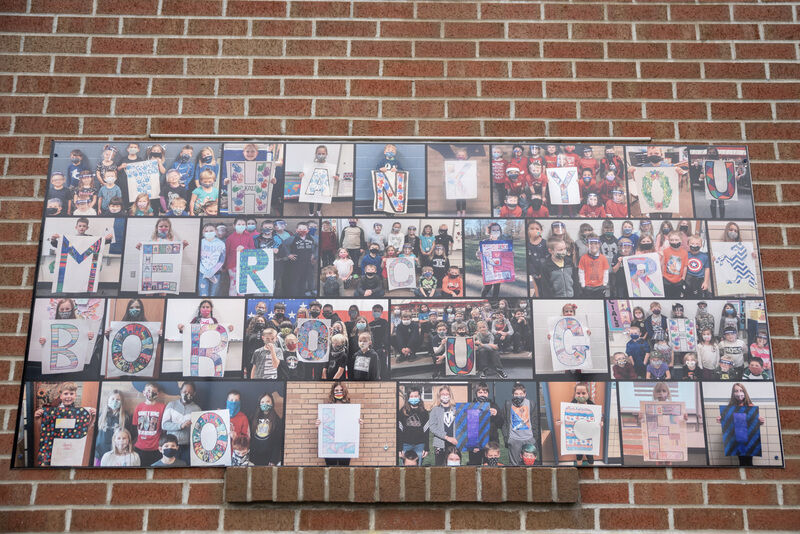 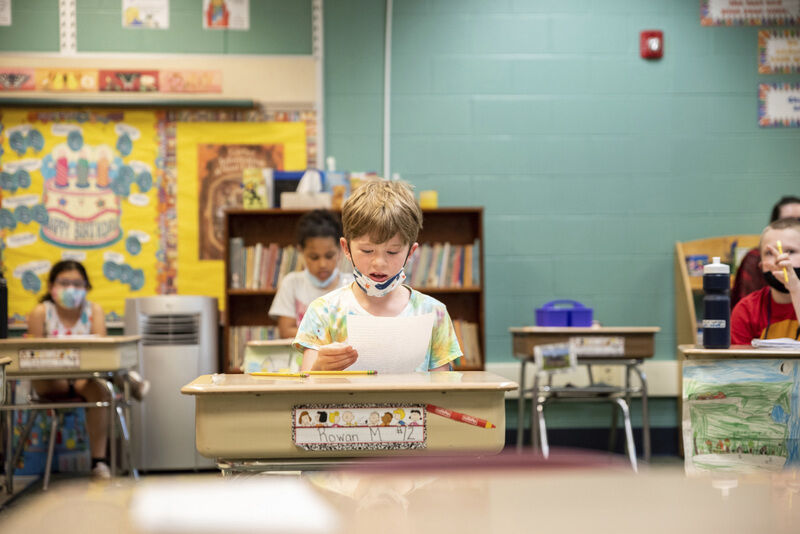 MERCER – The children in Mrs. Kerry Van Woert’s third-grade class at Mercer Elementary were excited to say “thank you” to Mercer police with a mural outside the police station.

“I want to thank you for keeping us safe and we get to see all the cops smile,” said Addison McNeely, a third-grader. “I will always count on them to keep us protected. But that’s not all you’ve done. You help everybody in Mercer.

Police Chief Brad Shrawder said he had wanted some type of mural to cover a window that allows too much light into his office.

“I love the kids,” Shrawder said. “I love that they did this for us.”

And the kids are very fond of their local police, especially Shrawder and Officer Tony Masotto, both of whom patrol the elementary school halls every day.

Third-grader Alexander Wright expressed his appreciation for the police.

“I appreciate the cops’ kindness and braveness,” Alexander said. “They save us from crashes, fires, drowning and intrudings.”

Elementary school Principal Greg Acre said Van Woert’s classes have been at the forefront of many projects at the school.

“They do a lot of great community activities,” Acre said. “The idea originated from there. The kids are all about it.”

Van Woert described some of her class’ other projects, including a butterfly garden.

The students built hummingbird feeders and take care of weeding the garden. She said the third-graders learned to identify which plants are weeds and which ones are safe for the butterflies.

Masotto actually plays a role in the butterfly garden. In the morning, Van Woert sets up the water and the police officer turns it off at the appropriate time.

A few years ago, Van Woert’s class wrote letters that ended up being the catalyst in removing the foam trays, plasticware and straws from the elementary and high school cafeterias.

“We’re constantly doing something,” Van Woert said. “It’s so important for them to learn to give back to their community since we get so much from our community.”

Van Woert and her husband, Steve, lead the kids by example. Their business, Signs of an Art Attack, used the children’s photos to create the mural and donated it to the borough.

“The kids wanted to spell out ‘Thank you Mercer police,’ for protecting them in school,” Steve said. “So a teacher from each classroom was responsible for taking a picture of the class or one student.”

The teachers photographed students in kindergarten through sixth grade in the spring of 2020 to make up the mural. Steve’s son Alex designed the mural and made a digital print of it.

Third-grader Jaxon Mays, who wants to be a police officer when he grows up, was happy to express his appreciation.

“You have to be loyal and athletic to be a police officer,” Jaxon said. “Police are very important because they come to the school and protect us if there’s an intruder near but that’s not all that they do. They also can be funny and help us when we’re outside of school.”

And the police officers are fond of the kids as well. Third-grader Bentley Reid and Shrawder have a running joke. Bentley owes Shrawder a gambling debt — one Reese’s peanut butter cup. The third-grader intended to pay off the bet, but mistakenly threw the candy away after lunch.

“That was going to be the best day of my life and I put it in the trash,” Bentley said.

On the serious side, Bentley said, “I appreciate the police for helping hurt people or helping out with fires. Thank you for your service.”

The mural was more than a project, said third-grader Rowan Moore. It was an expression of appreciation for the local police.

“I appreciate our local heroes for helping keep us safe in Mercer and keeping our school safe,” said Rowan Moore, third grade. “Everybody wants to thank the police, who are willing to help all the time and stay up almost all night making sure there is no danger. I appreciate all of the police bravery and kindness and police always being there to help people in need.”

Van Woert said Mercer Elementary students have built great relationship with the police, to the point that they consider Shrawder and Mosotto part of the school family.