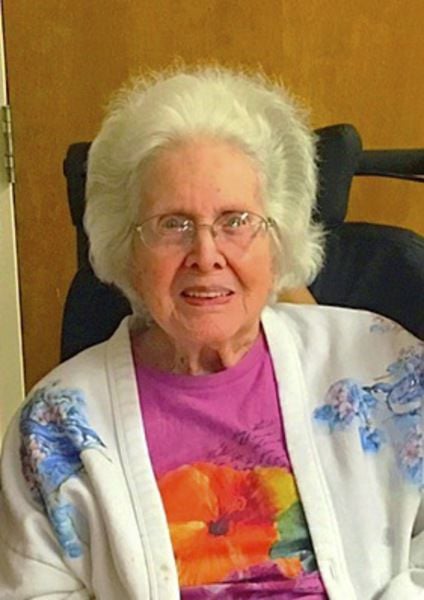 CONTRIBUTEDLoraDell Baker of Grove City will be celebrating her 100th birthday on Dec. 18. 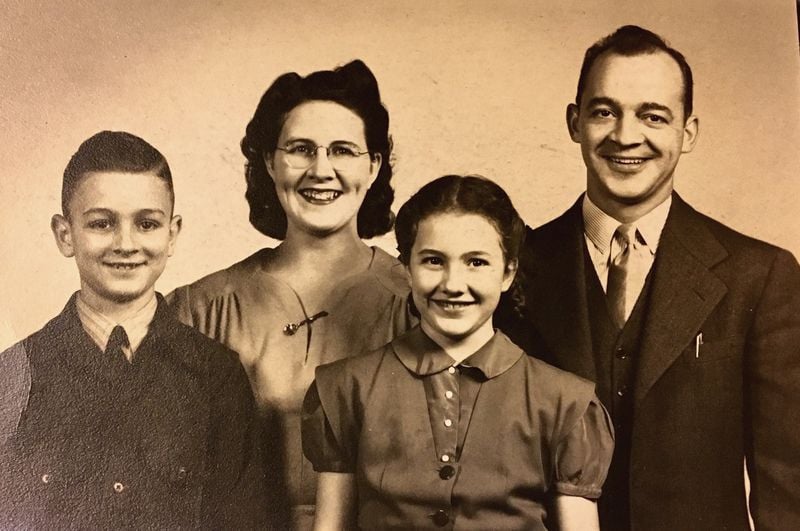 CONTRIBUTEDLoraDell Baker and her husband Connell are pictured with their children, Larry and Linda. 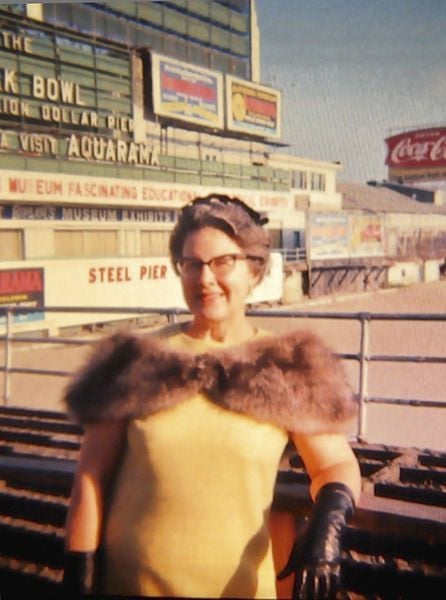 CONTRIBUTEDLoraDell Baker traveled a lot with her husband Connell, who worked as a salesman. She's pictured here in 1966 in Atlantic City. 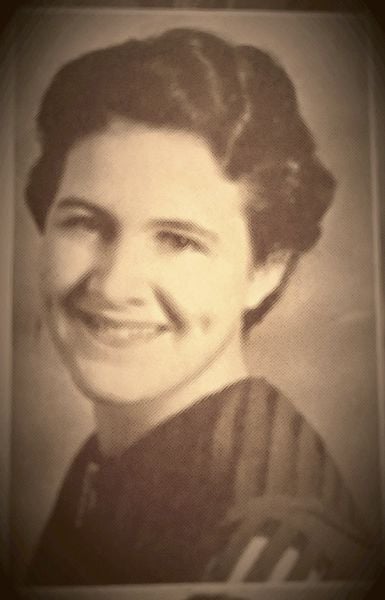 CONTRIBUTEDLoraDell Baker was born and raised in Huntington, W.Va. This photo is from her 1936 high school yearbook.

CONTRIBUTEDLoraDell Baker of Grove City will be celebrating her 100th birthday on Dec. 18.

CONTRIBUTEDLoraDell Baker and her husband Connell are pictured with their children, Larry and Linda.

CONTRIBUTEDLoraDell Baker traveled a lot with her husband Connell, who worked as a salesman. She's pictured here in 1966 in Atlantic City.

CONTRIBUTEDLoraDell Baker was born and raised in Huntington, W.Va. This photo is from her 1936 high school yearbook.

GROVE CITY – A Grove City woman who is preparing to celebrate her 100th birthday says the key to a happy life is to be grateful for “all kinds of things.”

“I want everybody to be happy because happiness makes you healthy,” LoraDell Baker said.

Baker was joined Friday afternoon by her granddaughter, Sonya Lenz of Slippery Rock, in her room at Quality Life Services, the nursing home where she’s lived for a few years.

Lenz is planning a party at the nursing home for Dec. 18, her grandmother’s big day. There will also be a smaller party for family members this weekend.

Born and raised in Huntington, W.Va., to Max and Linnie Oswald, Baker was the youngest of the family. She had two brothers – Howard was a firefighter, and Ben worked as a police officer – and a sister, Alma, who loved to sing and died at the age of 16 from spinal meningitis.

When Baker was born, her mother had the flu. The newborn baby spent some time with the family of local pastor while Mrs. Oswald recovered; Baker was named after the pastor’s daughter, LoraDell.

Oswald worked as a master railroad carpenter for the Pullman Company, and Mrs. Oswald ran a laundry service. Even during hard times like the Great Depression, the family was able to make do, Baker said.

“I learned to be satisfied with what I had,” said Baker, whose room is decorated with family photos, plants, and knick-knacks.

Soon after graduating from high school in 1936, she married Connell Baker. They met while she was on her way to a meeting, and she got a ride in his friend’s car, and “ended up in his lap,” she said, laughing about the encounter with her future spouse.

Their family includes two children, Linda Lenz, who is Lenz’s mother and lives in Slippery Rock; and Larry, who lives in North Carolina.

The Baker family has lived in the Columbus area, the Poconos, New Jersey, New York City, and Slippery Rock, and she worked in department stores and a tile factory.

They built a cabin in the Poconos, and both Lenz and Baker have fond memories of the home in the woods, which Baker kept up after her husband passed away suddenly in 1978 from a brain aneurysm.

Lenz recalled her grandmother chasing bears away from the garbage cans with a shotgun, and a beautiful forest scene that she painted on a cabin wall.

Over the years, Baker has enjoyed church, birds, the piano, golf, bowling, traveling, sewing, crocheting, baking, cooking, movies, music, reading, stage shows, and more. She made a lot of clothes for her loved ones, and was always trying out new recipes.

“I love her popovers,” Lenz said.

Baker likes to entertain, and her parties and family gatherings were known for themed meals. For example, if she was serving a Hawaiian dish, the guests would be encouraged to dress for the occasion, Lenz said.

“It was more fun than you can shake a stick at,” Baker laughed, recalling the good times with family and friends.

Baker’s husband was a salesman for the Goliath, the first electric car. He traveled a lot for business, often taking his wife with him.

During a business convention in Mexico, Baker met up with one of the other wives, a German woman. They were approached by a group looking for women to take part in bullfighting.

The other woman convinced Baker to do it; the experience was a scary one, she said.

“He just laughed,” she said of her husband’s reaction.

The Bakers climbed Untersberg Mountain in Austria and visited Italy and Germany. Mr. Baker took many photos of his wife during their travels.

Her family and husband took very good care of her, and she makes sure to be good to her body in order to keep going.

Baker recommends not doing anything to excess, to be honest, and to take notice of the small stuff. She was delighted to see it snowing on Friday afternoon, and she’s always looking for birds outside her window.

“I think the Lord blessed me in more ways than one,” she said.

She said her health is “OK,” and that she takes medication for her vision and thyroid. She’s had a knee replacement, and she needed ankle surgery after falling at the age of 95. She uses a wheelchair to get around.

Baker plans to take it easy on her birthday, and she hopes to someday visit the Connel Bridge over the Falls of Lora in the United Kingdom. She pointed to a picture, noting how the landmarks resemble her name and her husband’s name.