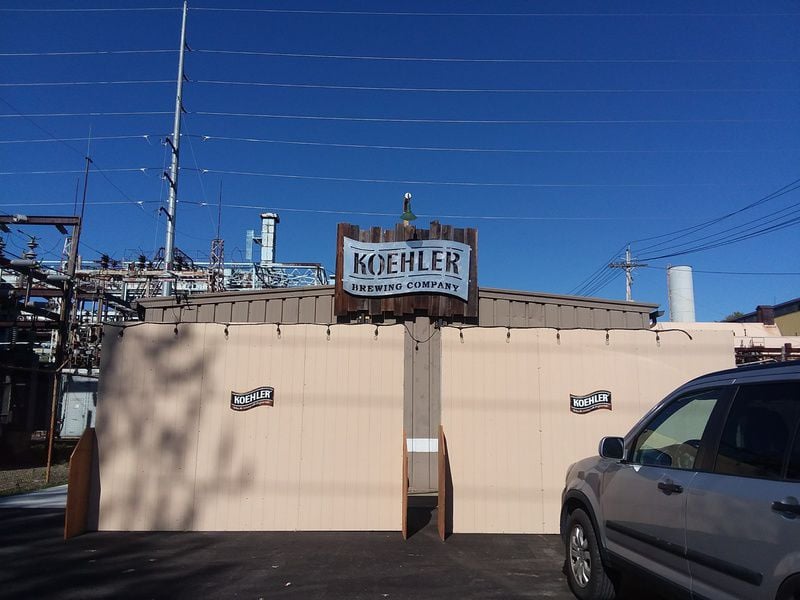 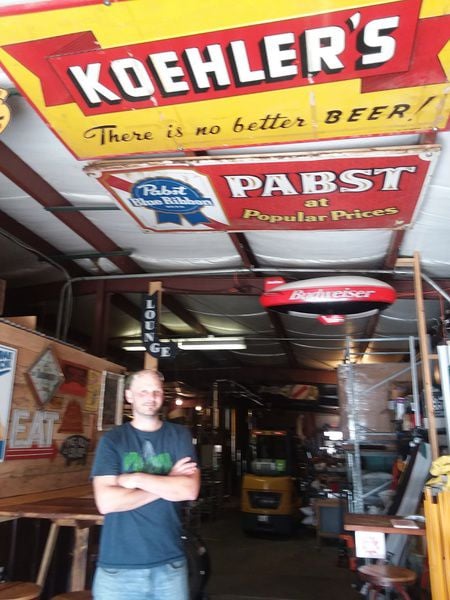 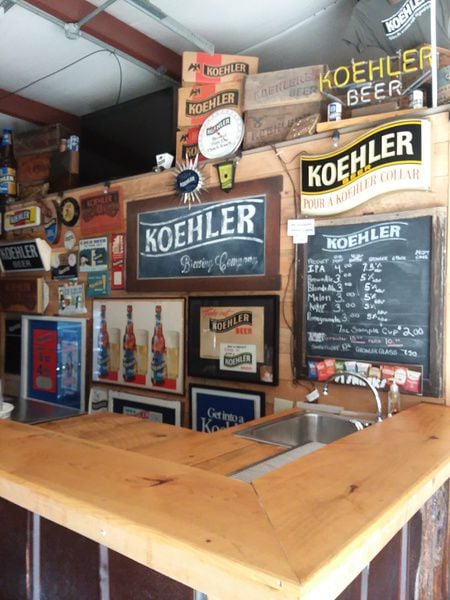 Koehler Brewing Company in Grove City may have gotten some recent negative attention at this month’s council meeting – but the owner said he and his twin brother want to be good neighbors.

The 231 Park St. brewery serves ales and lagers they make on site.

His brother, Bryan Koehler, of Millbrook, is his partner.

Koehler is the name of their family, but is also the name of a once-popular beer brewed in Erie.

Being from Erie, Koehler’s family drank Koehler beer – and, over the years, acquired “all kinds of collectibles,” he added.

However, Koehler said he isn’t sure if his family is related to the original company run by two brothers in Erie from 1847 to 1978, then purchased by Schmidt’s of Philadelphia.

“(Schmidt’s) brewed it in Cleveland another year or two and the trademark was abandoned,” he noted. “They bought up breweries and over-extended themselves.”

Since that time, the beer industry changed and was handled by corporations and shareholders.

The Koehler twins wanted to bring back the old way.

“I spent two years acquiring the trademark, then another year of state and federal (approvals),” Bruce said. “There’s a lot involved to start a little brewery.”

The flavor is not an original recipe, but Koehler does have one.

“There are new technologies now. We have a lot of options,” he said. Eventually, the brewhouse would like to recreate the old recipe.

For now, Koehler is trying to build its brand – even using vintage commercial footage that can be seen on its Facebook page.

The brewery is a large garage leased from Cooper Industrial Commons in an industrial zone at Park and Harvard Street along the railroad tracks.

In addition to the brewhouse and bottling line in the back, there’s a small bar with stools and tables out the front.

Koehler said the garage doors stay open when the brewery operates from 4 to 10 p.m. Thursday to Saturday because it gets hot inside; however, they will close in the winter.

Residents complained at borough council’s meeting on Monday. The brewery is oddly placed on the border of their neighborhood.

This week, the brewery installed walls several feet from the garage doors to block noise and plan to add other sound barriers, Koehler said. They also act as a privacy wall, with extra seating under tents placed between the wall and garage doors.

However, Diana Lesko of 121 Harvard – who lives directly across the street from the brewery – say the metal building and exterior walls make the noise worse.

With music playing inside, it feels like a keg party is in her kitchen, Lesko added. She and her friend noted seeing public urination and open carry containers by patrons.

Solicitor Tim Bonner said public urinating is a crime. Borough Ordinance 1142 says drinking alcohol or open containers with alcohol aren’t allowed on public property, including parking lots. However, that doesn’t include premises licensed to furnish alcohol. It indicates that carrying an open or resealed container of alcohol in an un-licensed area is illegal, however.

Matt Smail of 214 Park said food trucks are brought in on Thursday evenings, adding to the block party feel, which concerns him because of the many children on Park, including his daughter.

Police chief Dean Osborne said noise is difficult to prosecute; however, the business is controlled by the state Liquor Control Board, which has stricter rules and will investigate complaints.

This week, Amanda Smail, Matt’s wife, said traffic from the brewery is “ridiculous” on the days it is open. Park Street allows public parking.

“It’s right after school. We can’t let the kids out to ride their bikes, rollerblade, or their scooters. People fly down the road,” she said. One night, her daughter was sitting near an open window when seemingly drunk females walked by the Smail house talking trashy.

Next-door neighbor Greg Holmes, who lives at 120 Monroe St., said the brewery is too small to provide enough parking and too loud for a residential area. He believes patrons should be directed to park at Cooper’s lot on Lincoln Avenue, which runs parallel to Park.

Wendy Bobbert of 225 Park, lives two doors down from the brewery.

“We don’t really hear them,” she said, and feels the establishment could help Grove City with business.

Bobbert agrees there is a parking problem. The lot next to hers has an access road cordoned off with a sign that says “No Trespassing.” It belongs to her family, and brewery patrons have parking in front of the road. Bobbert tells them to move, she said, but “No one is snippy with us.”

Robert Zeise, who lives next to Lesko at 23 Park, is aware of neighbors’ complaints of the noise; however, “I don’t hear it,” he said. The brewery “doesn’t bother me in the least.”

Koehler said the brewery draws “nice people” and “a mature crowd” who appreciate the vintage items on display from his family’s collection.

The brewery’s license allows it to sell hard liquor, stay open six days a week – with an option to get a Sunday permit – and stay open until midnight, Koehler added.

But he’s not interested. “I don’t want people coming and getting drunk. It’s the last thing I want,” he said. “I’m not allowed to serve anyone who’s a visibly intoxicated person.”

He wouldn’t discuss his lease, but Koehler wants to eventually lease one of the larger spaces in the Cooper plant behind the garage.

“Even a week or two ago, I was looking up there,” he said. “But you have to build the business.”

The garage has good insulation, which is helpful in controlling temperature to brew beer, Koehler said. “I have a lot of money into this building.”

Since it opened in July, Koehler hired John Straitiff, who’s “a well-seasoned brewer,” and Koehler recently hired a man to grow its bottling and keg distribution, he added. “I have 20-barrel fermenters. I’m looking at 60 to 80. I’ll need that (larger) place down the road.”

Many retailers are interested in having the old beer back, he said. “(But) there’s lots of bugs to work out.”

For now, there’s been a steady crowd at the brewery; the two food trucks on Thursdays sell pizza from a portable brick oven as well as pulled pork.

Due to Koehler’s small location, “We lose people because of the parking,” Koehler said.

Koehler also owns Television Ad Group in Cranberry, which produces commercials. His brother has a landscaping business in Millbrook, which is why his twin wanted to open the brewery in Grove City.

“I like Grove City. It’s a wonderful town,” Koehler said. “There was a lot of industrial property in New Castle but it doesn’t reflect the values I have. I know it sounds odd because I make beer. But again, I don’t see beer as going and getting drunk. I see it as more of a taste.”

In being good neighbors, he added, “We would like to be a productive part of the community.”