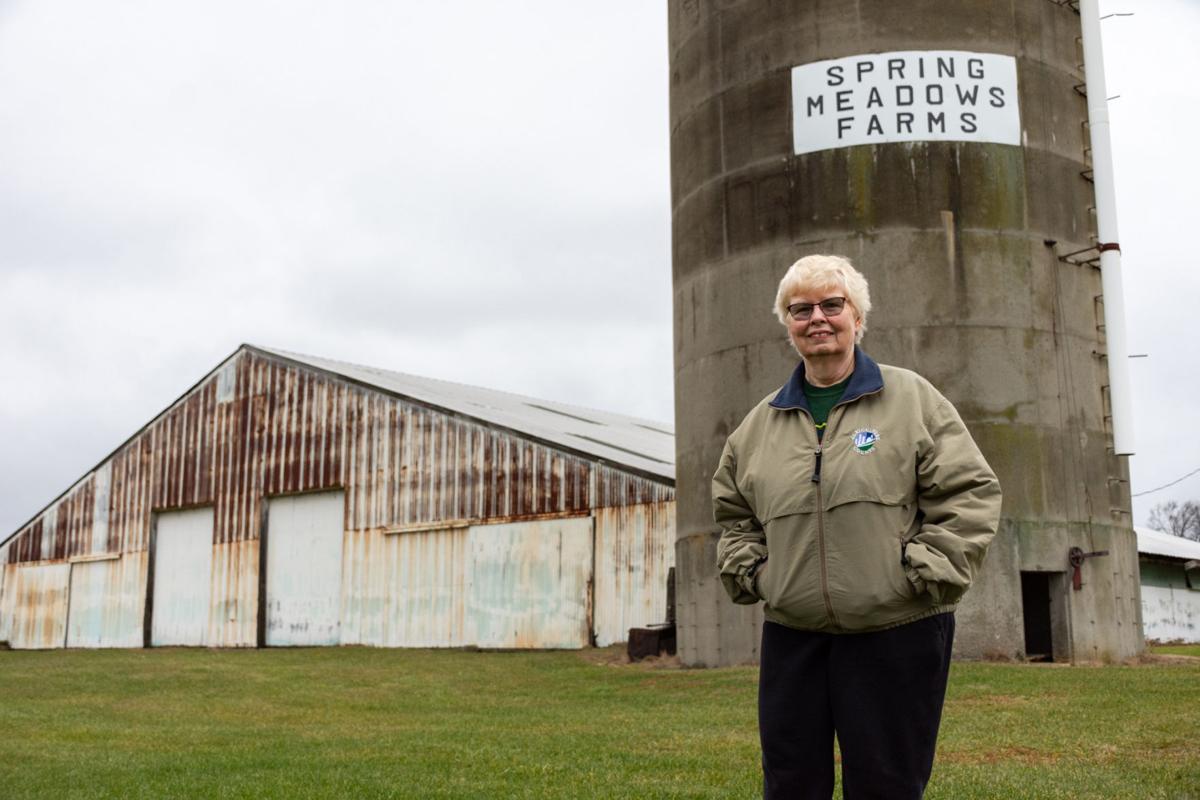 Carol Ann Gregg, recipient of the 2019 Outstanding Woman in Agriculture award, poses on her property near Grove City. 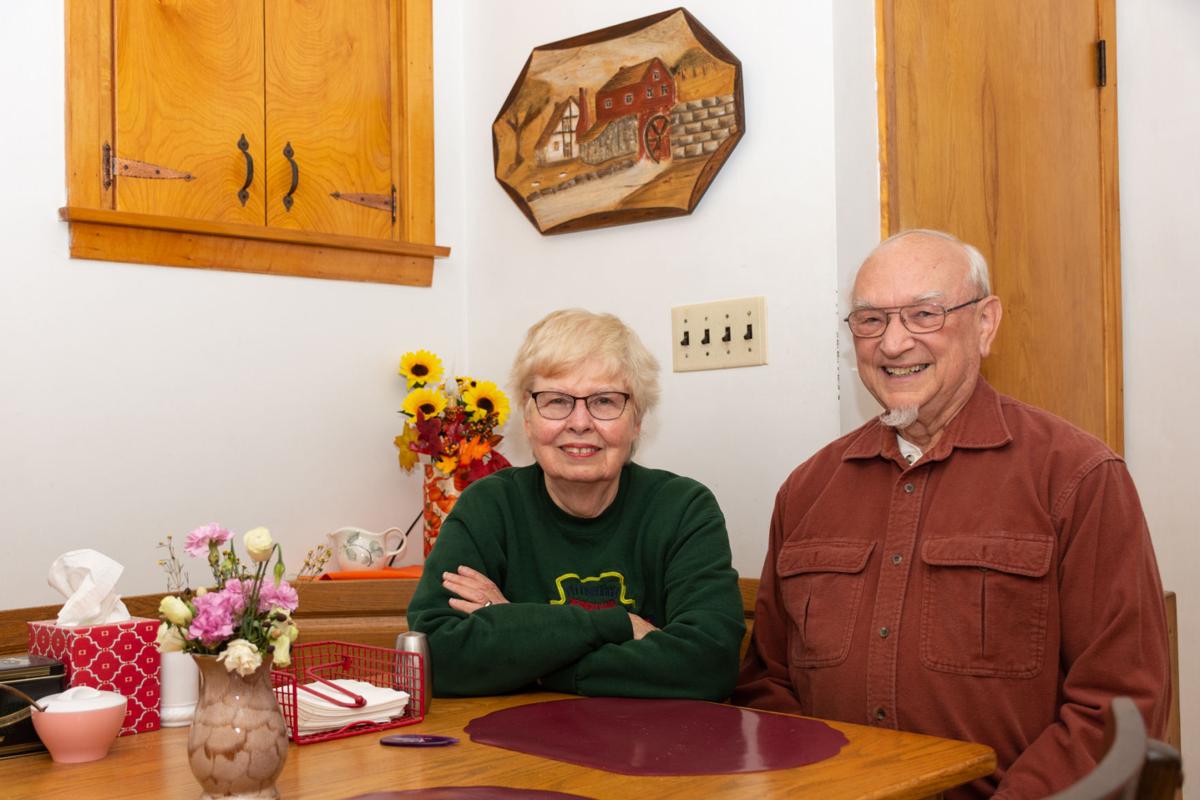 Carol Ann Gregg and her husband, George Gregg, in their Liberty Township home.

Carol Ann Gregg, recipient of the 2019 Outstanding Woman in Agriculture award, poses on her property near Grove City.

Carol Ann Gregg and her husband, George Gregg, in their Liberty Township home.

LIBERTY TOWNSHIP — As a teenager, Carol Ann Gregg joined 4-H to be with her friends.

It wound up being a pivotal experience for her. She gained not only a farming vocation, but met her husband.

After more than 50 years as a farmer and an advocate for farming and farmers, Gregg, of Liberty Township, earned the Outstanding Woman in Agriculture Award, given by the Pennsylvania Farm Bureau Women’s Leadership Committee.

Gregg has worked as a dairy farmer and an agricultural writer for a numb er of publications, and she has held several positions, including information director, for the Mercer County Farm Bureau. But her most important role might be the efforts to speak with area students and teachers about the farming community.

While Gregg’s life revolves around farm life, it didn’t start out that way.

Gregg’s family lived in the Cleveland area until her father took a job that moved them to Mercer County.

During her teen years, Gregg had friends involved in 4-H, so she joined the group.

“These were the nicest and friendliest kids who worked very hard,’’ Gregg said. “It became a goal of mine to live on a farm.’’

She took a big step toward that goal while in 4-H, where she met George Gregg, her future husband.

After graduating from Sharpsville High School and then Slippery Rock University, she married George in 1963. The couple settled on Spring Meadows Farms, his family dairy farm in Liberty Township.

She quickly learned about dairy farming and the lifestyle that came with it.

“We built the house we’re living in now that was in the cornfield,’’ Carol Ann said. “We couldn’t build the house until the corn was harvested. And we did a lot of the construction ourselves.’’

Settling in as a mother and wife, she worked a variety of jobs on the farm. She and her mother-in-law tended a large garden and also pitched in with the milking operation.

“I was an all-around gopher,’’ Carol Ann said with a smile.

In 1968 she and her husband joined the Mercer County Farm Bureau, a trade group that represents the agricultural industry’s interests at the local level. The organization also has state and national operations.

“George and I were the young couple there,’’ she said of the local group. “We went to their educational meetings two to three times a week in the winter.’’

Soon after joining the farm bureau, Carol Ann began her writing career. She began to write the local bureau’s newsletter and be county information director. Her letters and stories won awards from the Bureau.

“I pitched farm stories to The Herald,’’ Gregg said of that period. “That helped me develop a relationship with the press.’’

In the 1980s, Allied News, The Herald’s sister newspaper in Grove City, asked readers what they wanted to see in the paper. Those requests included reports on agricultural commodities like wheat and corn. With her writing and farming background, she was hired to cover the farming community.

“I was asked to do a series of stories on the editorial page called Agriculturally Speaking,’’ she said.

Among her stories included topics like the weather and new trends in the agricultural community.

“Most of these stories were based on what my husbands or kids were doing on the farm,’’ she said. “But I never used their names.’’

She took on additional duties, including coverage of the Mercer County Commissioners, school districts and municipalities. Carol Ann resigned as a reporter in 1988 but still did freelance work for the newspaper.

As a member of America Agri-Women, Carol Ann decided she wanted to get more involved with the group. The trade group is dedicated to women who work in the agriculture industry.

When the organization held its national convention in Hershey in the early 80s, “I just had to go,’’ she said.

At the convention, Carol Ann immediately bonded with other women in farming.

“These women were fascinating,’’ she said. “I got to meet women who grew avocados and women in dairy and sheep.’’

She and her husband sold off their dairy cattle in 1994, which gave her more time to focus on on local, state and national agricultural groups.

Partly through these groups, Carol Ann has blazed a trail for women in farming. It is no longer an all-male group, she said.

“Women have always been involved in agriculture,’’ she said. “Right now you have a large number of all farms being run by women. There’s been an amazing increase.’’

She finds some haven’t realized that yet.

“I find it upsetting when an agricultural salesmen knocks on the door and asks to speak with my husband,’’ Carol Ann said. “That shouldn’t happen any more.’’

With her writing background, she headed a committee that created a collection of published material on women in the farming industry. The result of that project was a collection that is now at the National Agriculture Museum Hall of Fame in Kansas.

“Some of the older women were worried their contributions in agriculture would disappear,’’ Carol Ann said.

She went on to volunteer in a number of significant roles with Agri-Women. In 1999-2000, she was the group’s national chairwoman, and has served as president of Pennsylvania’s Agri-Women organizations.

Carol Ann continues to be active with agricultural groups and is a writer and editor for the Mercer County Farm Bureau. Without the dairy cattle, she and George have more time to spend with their two children, four grandchildren and two great-grandchildren.

Farming has become such a part of her that Carol Ann can’t imagine having done anything else.