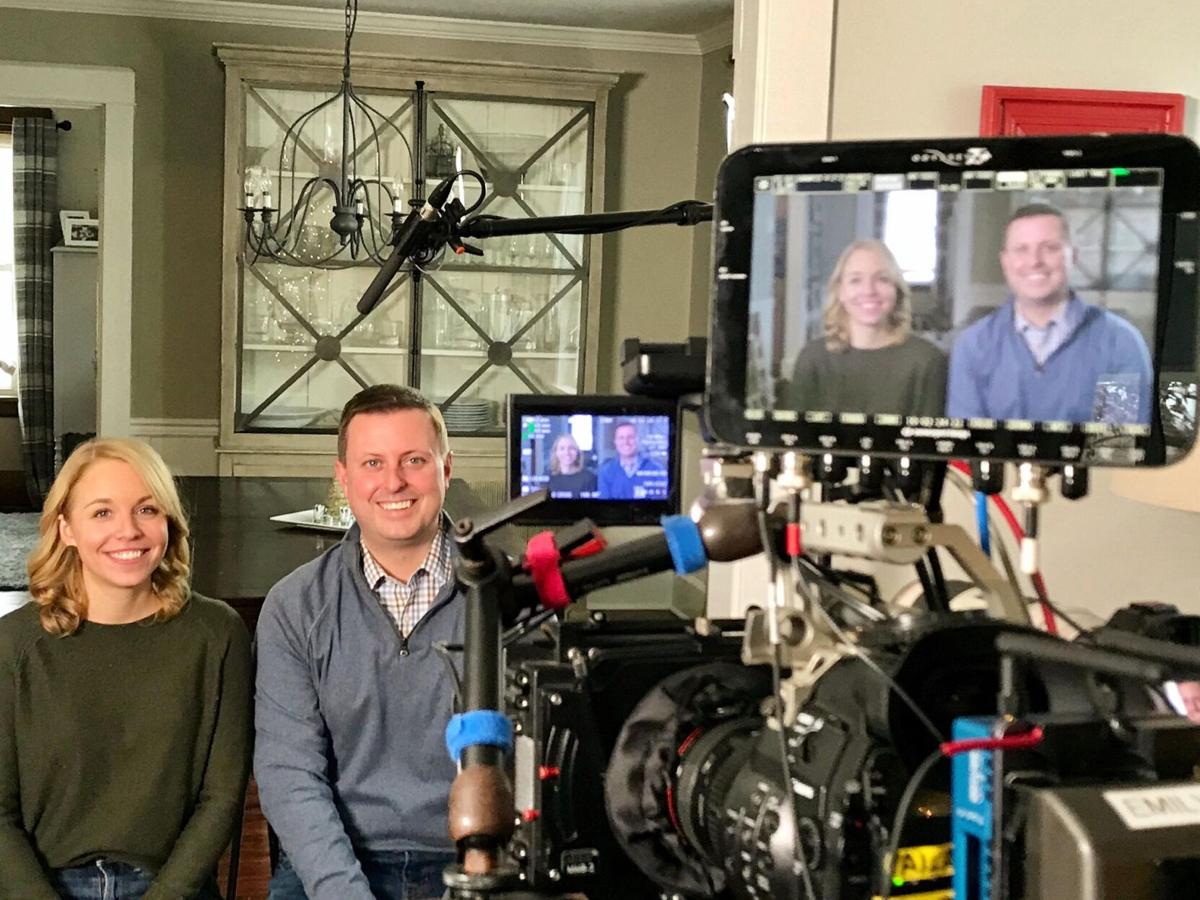 Grove City natives Elena and Tyler Perrine recently appeared on HGTV’s “House Hunters International,” which followed them as they searched for an apartment in Amsterdam. 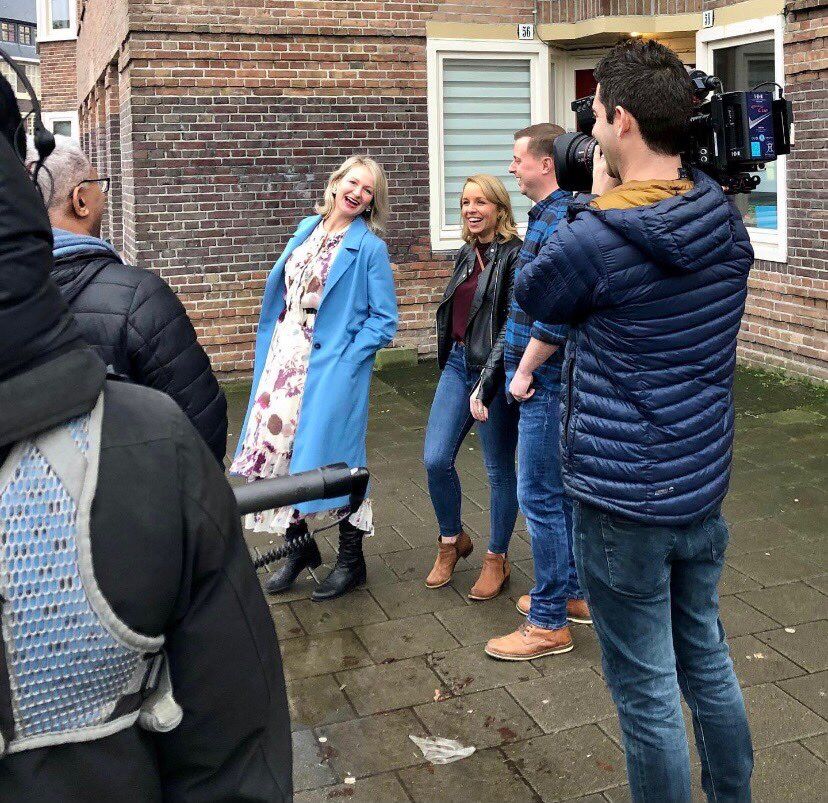 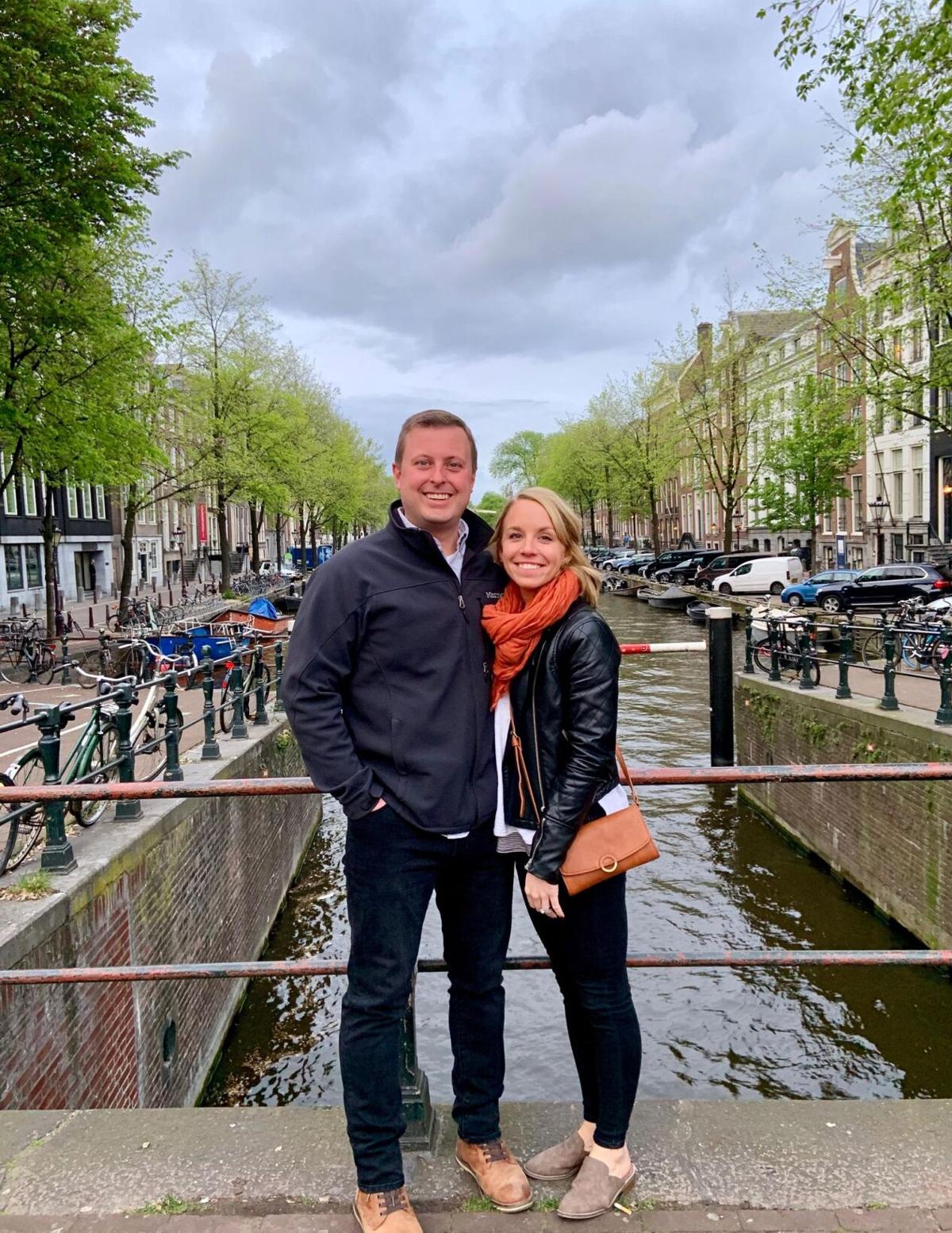 Tyler and Elena Perrine, who grew up in Grove City, are pictured in Amsterdam, where they were part of HGTV's "House Hunters International."

Grove City natives Elena and Tyler Perrine recently appeared on HGTV’s “House Hunters International,” which followed them as they searched for an apartment in Amsterdam.

Tyler and Elena Perrine, who grew up in Grove City, are pictured in Amsterdam, where they were part of HGTV's "House Hunters International."

When a former Grove City couple was presented with an opportunity to relocate to the Netherlands, making the move was not a tough decision.

“The lifestyle was appealing to us,” said Tyler Perrine.

He and his wife Elena – they both grew up in Grove City and started dating while living in Pittsburgh – shared their experience with “House Hunters International,” a popular show on HGTV that follows families and individuals as they look for a new place to call “home.”

The Perrines, who had been living in a Pittsburgh brownstone before the move, were a bit nervous at first to appear on camera, but they’re happy with how the episode turned out.

And more importantly, they’re happy with the apartment they chose in Amsterdam.

“They narrow it down to three properties,” Mrs. Perrine said of the show.

The episode, called “Adjusting to Amsterdam,” aired on Nov. 3, and that was the first time the Perrines got to see it – along with anyone else tuning in to HGTV that night.

Episode 5 of season 157 – filmed in 2019 – starts off with a few shots of the Perrines driving around Grove City and talking about their lives in western Pennsylvania, and Perrine’s job transfer that led them to Amsterdam.

Perrine works as an external auditor for Price Waterhouse Coopers, which has offices all over the world.

The company is always looking for employees like Perrine to set up shop in other countries because they bring a different perspective to the job, he said.

The Perrines, who have been married for seven years, have traveled around Europe multiple times and said they could really see themselves living there.

Mrs. Perrine left her job as a senior visual merchandise coordinator for a fashion company.

“She gave up more than I did,” Perrine said.

When they first visited Amsterdam, they met up with another Pittsburgh couple who had also appeared on “House Hunters International.”

The Perrines filled out an application for the show and were selected after a few interviews.

They expect to stay in Amsterdam for at least a few years, so they were looking for rental properties with a budget of $2,000 a month.

Mrs. Perrine’s wish list included extra space for visiting family and friends, which property consultant Sarah Eggar said would be difficult to find for that price.

Their Pittsburgh home, which they still own, has three floors with three bedrooms, 1½ bathrooms and a large outdoor area, so downsizing their living space was quite a transition.

Eggar pointed out the canals that Amsterdam is known for plus its “village feel” with a lot of history. She called the housing market “crazy” because there isn’t much available at any given time.

The Perrines wanted to be close to the city center and Perrine’s workplace, and they researched a few neighborhoods, also taking the time to enjoy some of the local culture, like trying traditional herring dishes.

“She pushes me to experience new things,” Perrine said.

Mrs. Perrine had her heart set on two bedrooms and two bathrooms with outdoor space and an open concept, while her husband said he’d be OK with something smaller, especially since they’d be going from two incomes to one.

The first apartment they saw was over their budget at $2,600 a month with two bedrooms and 1½ bathrooms. Mrs. Perrine said she was “thrown” by the closeness of the kitchen and living room areas, and she was shocked by the price compared to the size.

The second apartment was on budget with one bedroom and one bathroom in a quiet neighborhood close to Perrine’s office.

Mrs. Perrine thought the bedroom and storage spaces were small, but they both liked the garden and kitchen.

The third apartment was $2,300 a month and had two bedrooms, two bathrooms, a big living area, lots of natural light, a great kitchen and close to the city center.

Perrine was worried about the price and said the renovated space reminded him of an apartment one would find in downtown Pittsburgh; he had been hoping for a bit more Amsterdam charm.

The first apartment was crossed off the list because of the price. The Perrines went back and forth on the other two, comparing pros and cons.

Perrine considered that his wife was giving up her job and would be spending a lot of time at the apartment, and he wanted her to be comfortable.

They chose the third property, and now they’re really glad they picked something with extra space. Perrine has been working from home because of the COVID-19 pandemic.

They’ve been having a lot of video chats with their loved ones, and they’re currently back in Grove City for the holidays.

Their parents, Jennifer and Jim Henry and Ron and Heidi Perrine, were surprised when they first heard about the big move, but now they’re glad that their children are settled, and they enjoyed watching the episode.

“Everyone was happy and excited to see Grove City,” Mrs. Perrine said.

The Henrys are temporarily looking after the couple’s dog Benson, and the Perrines have been getting to know their new neighborhood, which is close to large museums and Vondelpark – one of the most popular parks in the Netherlands.

There is a lot of historical architecture, and the canals are nearby. Most of the people they’ve encountered in Amsterdam speak English, though they have picked up some basic Dutch words and phrases.

They’ve adjusted to their new home, and they look forward to having friends and family visit once the pandemic restrictions for travel are relaxed.