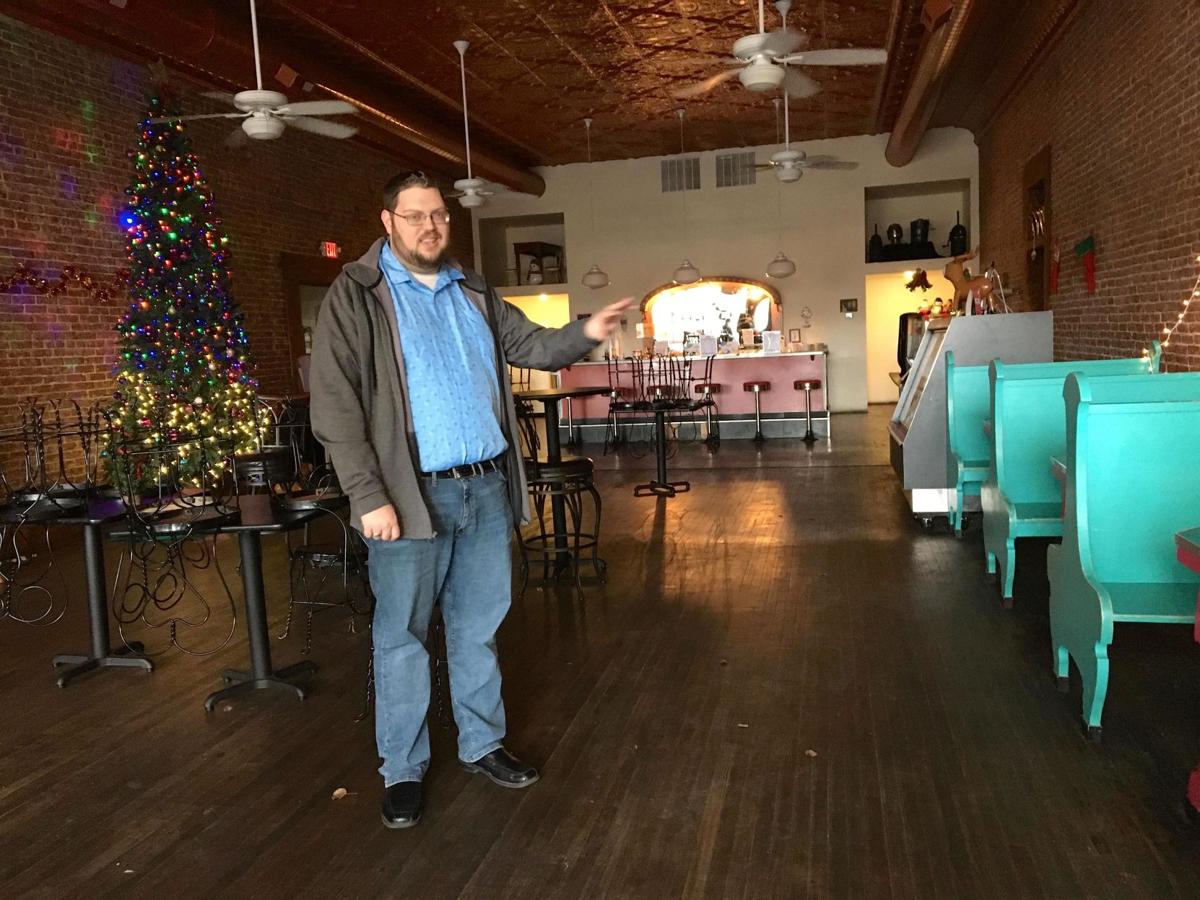 Bill Grigsby, general manager of Cinema Grille, talks about how the dining area of the former Sweet Jeanie’s will be remodeled for the new restaurant and movie house. 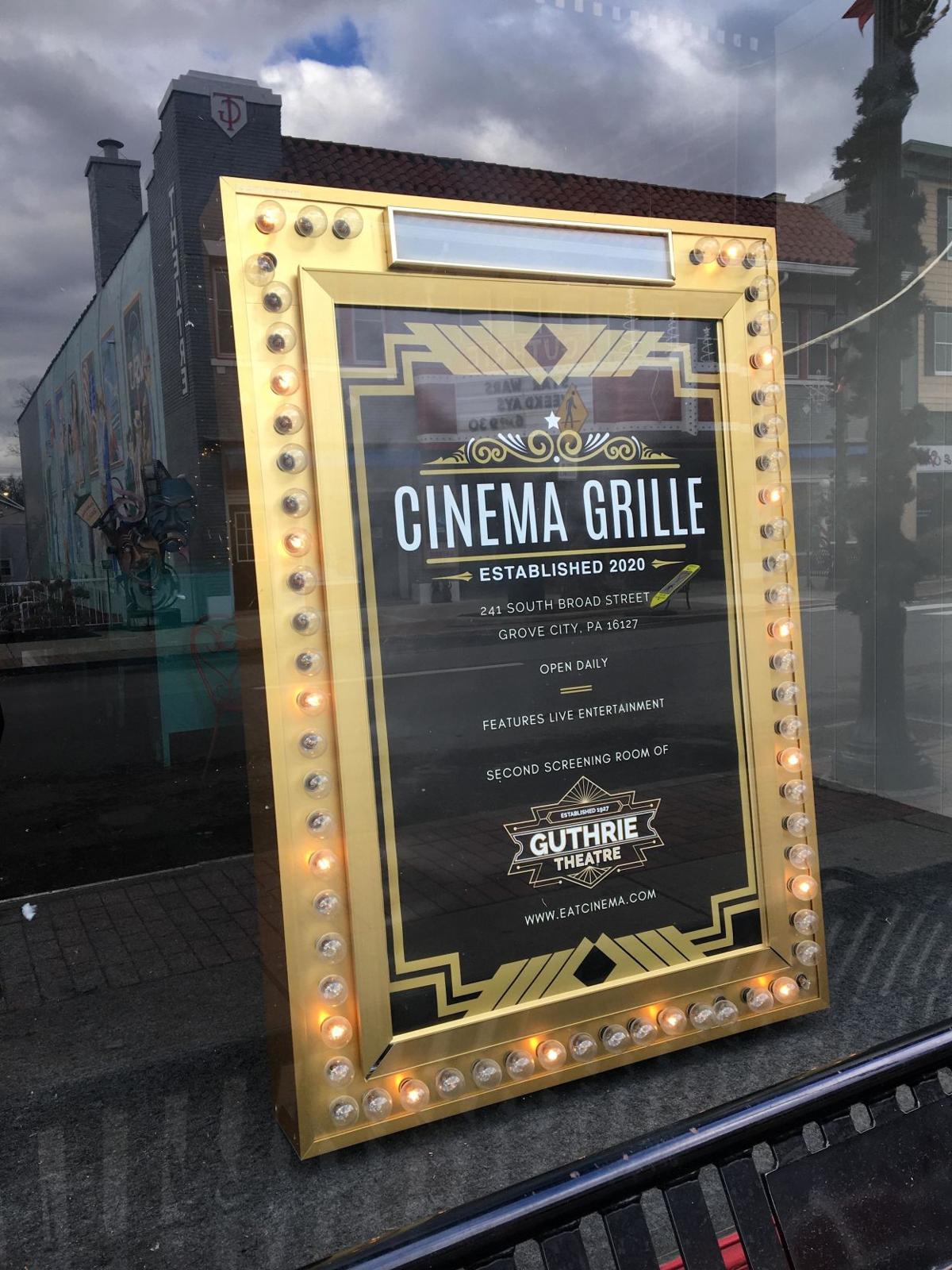 Bill Grigsby, general manager of Cinema Grille, talks about how the dining area of the former Sweet Jeanie’s will be remodeled for the new restaurant and movie house.

The team behind the Guthrie Theatre is starting the new year with a new restaurant and movie house.

Cinema Grille in downtown Grove City will offer steak and seafood plus a screening room, classrooms, space for live performances, and more.

His company, SpenceTF LLC, has purchased a three-story building at 241 S. Broad St., which was home to Sweet Jeanie’s – the ice cream shop closed this weekend.

“This whole room will be different,” Bill Grigsby said of the dining area as a few passers-by stopped to look through the window.

Grigsby and Folmar will manage Cinema Grille. Grigsby is also chief financial officer and business manager of the Guthrie and Veritas Arts.

The Guthrie had been looking to add a second movie screen somewhere downtown and approached the owners of Sweet Jeanie’s, Dave and Jeanie Mills, about renting the room off of the ice cream shop’s dining area.

The Millses asked if the Guthrie would instead be interested in taking over the whole building, and now things are quickly falling into place, Grigsby said.

“I was excited,” said Grigsby, who has restaurant experience.

Dave and Jeanie Mills said that they loved running Sweet Jeanie’s, making their own contribution to the improvement of South Broad Street, according to Cinema Grille’s Facebook page.

Cinema Grille’s soft opening is set for Jan. 17, and the grand opening will be held Feb. 29 with live music and drinks.

In the meantime, windows will be replaced, new dining room furniture and a bar will be added, and the side room will be transformed into a small movie theater with seating for 49 people, Grigsby said.

“We can have the best of both worlds,” he said of having more than one screen.

The Guthrie will be renting that room from SpenceTF LLC, he added.

The restaurant itself will have a “roaring 20s” theme with an art deco and Old Hollywood vibe, the two men said.

Grigsby and Folmar are excited about the menu, which features breakfast, lunch, dinner, desserts and Sunday brunch.

The second floor will eventually be turned into classrooms for an arts degree that will be offered by Veritas Academy of the Arts.

The third floor, which once housed a Masonic hall, will have a black box theater with space for acting classes and lessons, he said.

Future plans also include live music and a dinner theater.

Cinema Grille is looking forward to offering something new to the downtown area, and there will also be “dinner and a movie” packages with the opportunity to have meals sent over to the Guthrie across the street, Grigsby said.

Cinema Grille’s hours are expected to be 8 a.m. to 10 p.m. Sunday through Thursday, and 8 a.m. to midnight Friday and Saturday.